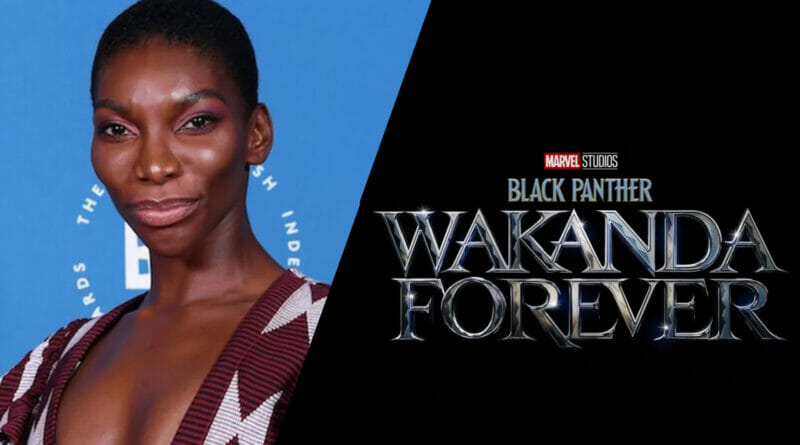 Who is Madam Slay?

Madam Slay was once a lover of Erik Killmonger, a character introduced in the MCU back in 2018 with the theatrical release of “Black Panther” played by Michael B. Jordan. Madam Slay has the ability to command leopards and has used them in the comics to slaughter leopard hunters and has crossed paths with T’Challa aka the Black Panther and has engaged in conflicts with him.

Using secret herbs, Madam Slay was able to preserve Erik Killmonger’s body and kept watch over his body. With the help of The Mandarin’s Ten Rings, who used his rings to amplify the Ressurection Altar, Killmonger was brought back to life. Now resurrected Erik Killmonger and Madam Slay set the course to hunt down and kill the Black Panther in order to return Wakanda to its ancient ways.

After Killmonger’s first death, Madam Slay preserved his body with secret herbs. She watched over the body until one night when the Mandarin came to take it away. Using his rings, the Mandarin was able to amplify the Resurrection Altar and restore him to life. Killmonger returned to Madam Slay and the two plotted to kill the Black Panther and return Wakanda to its ancient ways.

What Does This Mean For Black Panther: Wakanda Forever?

As Variety mentioned in their article, details on Michaela Coel’s role are undisclosed at the moment but if we are to go off fan speculation which is purely based on how Coel looks exactly like Madam Slay, we can also speculate how this specific plot point can be intertwined into “Black Panther: Wakanda Forever”.

The chances of The Mandarin appearing in “Black Panther: Wakanda Forever” is very slim, especially when Namor is heavily rumored to be the villain of the film. However, with this being a comic book film, and by that we mean no one ever truly dies, if Michaela Coel is indeed playing Madam Slay, this would be a great way to bring back Michael B. Jordan as Erik Killmonger. Jordan will be reprising his role in Marvel Studios’ “What If…?” animated series so this could be the start of that return to the MCU and in Black Panther 2. Introducing Madam Slay with the potential appearance of a resurrected Killmonger could set the stage for Madam Slay to be the big bad of Black Panther 2 and could propose the death of T’Challa, paving the way for Shuri or someone else to take up the mantle of Black Panther. Marvel is not willing to recast T’Challa just yet but this could be a way to keep the mantle itself alive rather than leaving it dormant as we all rightfully mourn Chadwich Boseman’s untimely passing.

Just like in the comics, Madam Slay and Killmonger could also want to overthrow the powers that be in Wakanda and return the sacred land back into hiding after the events of the first Black Panther film which saw T’Challa revealing Wakanda’s true state to the world and after the Avengers: Infinity War there is for sure going to be some sort of disagreement on how things were run during that five year period and how thing will now run, now that T’Challa has been blipped back into existence.

Black Panther: Wakanda Forever will release in theaters on July 8, 2022.