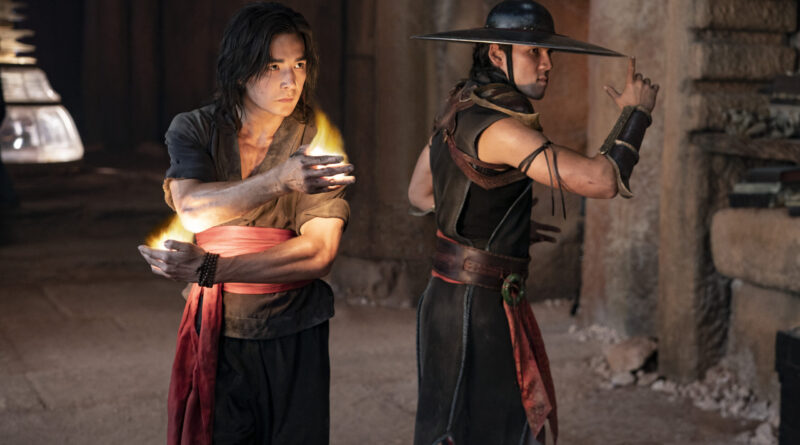 Simon McQuoid is making his feature film debut with a live-action reboot of Mortal Kombat featuring a star-studded cast from the likes of Ludi Lin, Joe Taslim, Lewis Tan, and the legend Hiroyuki Sanada. The cast of this film is as stacked and as solid as the deadly tournament these fighters will be a part of.

While speaking to EW, McQuoid reveals the historic importance of the kunai in Japanese culture. A former gardening tool that’s a common weapon of choice amongst ninjas. “We did a bit of research and the kunai is actually an ancient Japanese gardening tool,” the director explains. “So, one of the earliest shots in the movie is the kunai blade being used as a gardening tool by Hanzo’s wife.”

Long-time fans of Mortal Kombat are fully aware of the deadly clan rivalry between Sub-Zero and Scorpion and this is a critical piece of Mortal Kombat lore that is presented in the film during its opening minutes. The 10-minute opening sequence kicks off in feudal Japan, long before these fighters wielded supernatural abilities as Scorpion and Sub-Zero, and it ends in “a pretty nasty hand-to-hand combat” between the two, McQuoid says.

It’s why the first-time feature filmmaker cast Sanada and Taslim, two actors known for their martial arts prowess. “[Hanzo’s] the leader of a ninja clan and he’s strong, but also… at the beginning, he’s a peaceful family man,” Sanada says. “It is like a family drama with excitingly brutal fighting. That’s the image of this movie for me,” – Entertainment Weekly

The story of Bi-Han and Hanzo “needed to be told within the fight,” McQuoid says. “There are some great camera moves to give it a bit of dynamism, that make it really enjoyable. We needed it to be really elemental and really brutal. It’s not a shiny film… I wanted the dirt and the grime to come through.” – Entertainment Weekly

The film is bringing some of the most iconic MK characters to the big screen but a new character named Cole Young played by Lewis Tan will be making his debut in the upcoming film.

“When we first meet Cole, he’s in a really bad spot,” Tan says. “He’s down on his luck. He’s kind of a washed-up MMA fighter who used to be a champion, who used to believe in himself, who used to have a lot of hope in his career. And it’s all gone down the drain. It’s a very interesting place for a hero to start, and I think that, along the journey of Mortal Kombat and Cole discovering where he comes from, you’re introduced to all these other iconic characters and elements that everybody loves so dearly.”

Although a new and original character entirely, Cole Young will be and is an important character in the Mortal Kombat film. Cole knows nothing of his heritage aside from the mysterious birthmark on his chest — in the shape of the Mortal Kombat symbol. Tan remains mum on how this birthmark connects to the character’s origins but agrees “it’s a unique symbol” that “will eventually tie into the journey that he’s going on.”

The only clue we have about Cole Young’s significance and his heritage is the fact that Shang Tsung has sent Sub-Zero (now wielding his supernatural powers) to hunt Cole down. Reasoning behind it remains under wraps and its something we will find out later this year when the film releases.

Supergirl’s Mechad Brooks joins the cast as Major Jackson “Jax” Briggs who just like Cole Young has the same insignia mark on his chest, tasks Cole to seek out the Sonya Blade played by Jessica McNamee.

Sonya ferries him onward to the next leg of the journey, to the thunderous Elder God Lord Raiden played by Tadanobu Asano, who grants sanctuary at his temple to all those who bear this mark. There, Cole encounters even more recognizable characters from the Mortal Kombat games — Liu Kang and Kung Lao played by Ludi Lin and Max Huang respectively, and Kano played by Josh Lawson, as they all train for a high-stakes tournament to defeat the invading enemies from Outworld.

Revealing more details about the film, McQuoid confirms that the film will indeed be bloody, very, very bloody, and will have its fair share of gore, and most importantly confirms those early reports of the film including those fatalities we’ll all come to love and do while playing the games. It’s a staple of the series and it’s something fans have been asking for for a very long time. And in the process, McQuoid also confirms that the film will also be R-rated.

“I wanted to make sure that everyone respected the material, the lore of Mortal Kombat, the fans, and the love they have for this. Everyone was clear on it,”

“We need to be smart about how we go about [the fights],” the director notes, “and there are times, you’ll see when you see the movie when it’s just, ‘F— it! Let’s have some fun.'”

“it’s definitely not gonna get a PG-13 rating.”

Although McQuoid assures us that we will get a hefty serving of blood, gore, and fatalities, thus garnishing the R-Rating. He wanted to make sure that they balanced all that in the right way so they don’t cross beyond that R-rating that they were aiming for.

“Out of context this quote might seem incendiary, it’s not: The rules around ratings aren’t what a lot of people think they are,” he says. “It’s the amount of blood, it’s the amount of red, it’s interpretation of how you go about it. We had a lot of discussions about getting the balance right so there was gore and there was blood and there were fatalities.” He pauses to repeat what he just said. “And there is gore, blood, and fatalities.” – Entertainment Weekly

“There are some crazy fatalities,” Tan confirms. “We’ve picked a couple of iconic ones. There’s a lot of really cool signature moves that you’ll see, a lot of Easter eggs that we snuck into the film, but there are some really badass fatalities that I can’t wait to see on the big screen. They’re brutal, man. They, they don’t hold back.”

Mortal Kombat releases in select theaters and on HBO Max on April 16.

For more movie news and reviews make sure to keep it locked right here at The Nerdy Basement. And while you’re here, consider supporting us on Patreon. It’s a simple way of supporting us so we can keep on providing you with your Nerdy News!