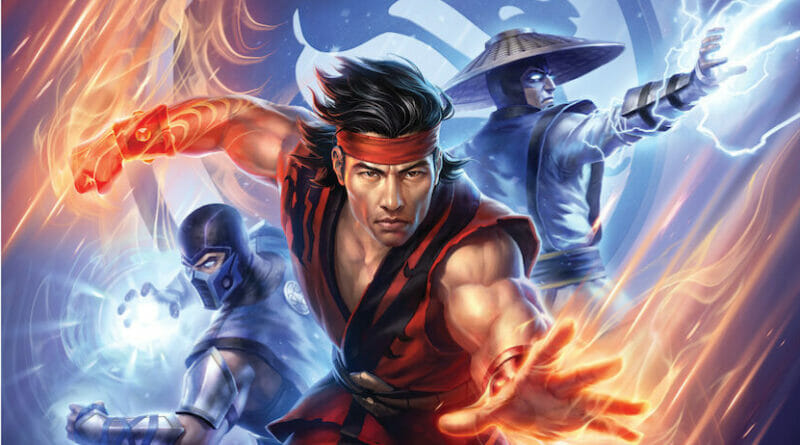 
The fate of the universe once again hangs in the balance as warriors come together for one final clash in Mortal Kombat Legends: Battle of the Realms, an all-new, feature-length film produced by Warner Bros. Animation in coordination with NetherRealm Studios and Warner Bros. Interactive Entertainment. The film arrives from Warner Bros. Home Entertainment on Digital, Blu-ray, and 4K Ultra HD Combo Pack on August 31, 2021.

Now our heroes must travel to Outworld in order to defend Earthrealm and, simultaneously, Scorpion must find the ancient Kamidogu before it’s used to resurrect the One Being – which would mean certain destruction of all things in the universe. Time is short and the stakes are high in this action-packed continuation of the Mortal Kombat journey.

Mortal Kombat Legends: Battle of the Realms is directed by Ethan Spaulding (Mortal Kombat Legends: Scorpion’s Revenge, Batman: Assault on Arkham) from a script by Jeremy Adams (Supernatural, Justice Society: World War II) and based on the videogame created by Ed Boon and John Tobias. Rick Morales (Batman: Return of the Caped Crusaders, Batman vs. Two-Face) is the Producer. Jim Krieg (Batman: Gotham by Gaslight) is the Producer. Executive Producer is Sam Register. Ed Boon (NetherRealm Studios) is a Creative Consultant.

Mortal Kombat Legends: Battle of the Realms Audio Commentary (Audio Only) – Producer Rick Morales and Screenwriter Jeremy Adams take the audience inside the art of writing and animating the film in this feature-length audio commentary.