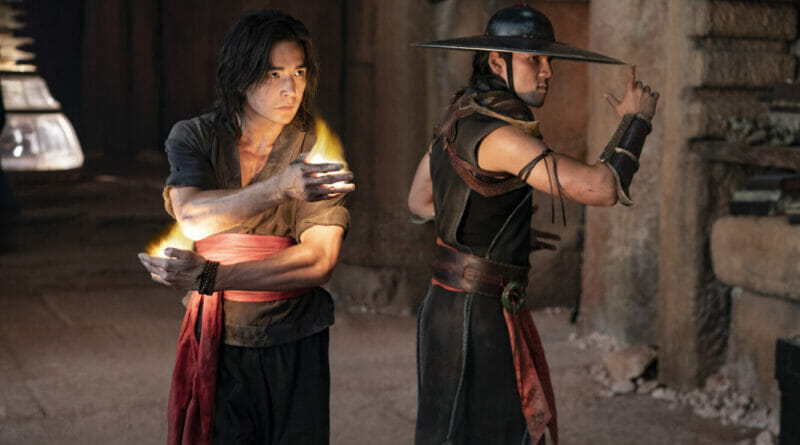 Mortal Kombat Review: A Semi-Entertaining Take on the Klassic Lore Ultimately Ends In a Babality…And Not In a Good Way


Mortal Kombat had the potential to be a great reboot of the horrid klassic film but poor creative decisions, directing and writing ultimately claims the soul of the film

It’s been a long time coming for Mortal Kombat fans as they awaited the return of the beloved fighting video game franchise in the live-action medium. The first Mortal Kombat film release 20+ years ago (1995) and garnered enough success to get a sequel in 1997 which was met with abysmal reviews rightfully so. Fast-forward to 2021 with a new installment with first-time feature director Simon McQuoid with the screenplay by Greg Russo and Dave Callaham. Greg Russo also developed the story alongside Oren Uziel.

This new Mortal Kombat film follows the story of an all-new original character named Cole Young (Lewis Tan), an Earthrealm champion who does MMA for a living (if you even want to call that for a living given how little money he makes) and is also a descendant of Hanzo Hasashi otherwise known as Scorpion.

While the story aims to focus on Cole Young and who he is and why he has a dragon marking on his chest (it’s literally the Mortal Kombat logo), the film fails at making Cole Young a character worth remembering. As he serves no real importance to Mortal Kombat other than being a descendant of Scorpion and using that as a means to keep the rivalry between Scorpion and Sub-Zero alive.

One of the many detriments of this film is the misuse of the fan-favorite characters like Jax, Sonya Blade, Mileena, Kung Lao, Liu Kang, and many others. From cheesy one-liners and rushed fight sequences, the writing of this film is abysmal, pairing that with some of the flat line delivery from the actors it all comes crumbling down.

The film also forgets its title and what it’s meant to represent. We were all expecting a Mortal Kombat tournament but what we ended up getting was a prequel to the said tournament with a failed attempt at trying to lay down the foundation for building a universe in order to turn it into a franchise.

Visual references can only do so much when trying to world build. Don’t get me wrong, we all love our fair share of Easter Eggs, which we got but there’s one, in particular, that should rub everyone the wrong way and that is Kitana’s fan-blades which are seen in Raiden’s temple. How do we have Mileena but Kitana is nowhere to be seen?

Another thing that hurt this film was its casting choices. Now, this is no slight against the actors in the film as they worked with what they were given. However, the casting of Shang Tsung and Raiden, in particular, rubbed me the wrong way. Mostly because the actors are almost non-believable in their respective roles. Not once did Shang Tsung really feel threatening and not once did Raiden really FEEL like Raiden. Couple that with how muted and discolored their respective costumes look and it just looks like bad cosplay (no slight to my cosplayers out there, we love you).

The film just doesn’t feel authentic to Mortal Kombat. As I mentioned above the fights were not what they hyped them all up to be. From quick fight sequences that ended rather quickly just to throw in a fatality or two with quick one-liners like “flawless victory”, “Kano wins”, etc it feels forced and ultimately looks like bad fan service.

However, where I can commend the film is in its third act which features the return of Scorpion and a rematch between him and Bi-Han aka Sub-Zero. We spent most of the film hinting at Scorpion’s return and how Cole was somehow connected to him but we don’t see much of Scorpion in action up until this point.

The fight was great and was probably the highlight of the film outside of the fight between Liu Kang and Kabal (so glad they incorporated his move set and how it looks in the games especially in Mortal Kombat 11). Either way, this fight still falls a bit flat and that’s mostly due to that forced connective tissue between Cole Young and Scorpion, who after defeating Sub-Zero asks Cole to keep his family lineage alive.

That request alone demands many questions as Cole had just recently learned about his family lineage. We don’t know much about his mother and we do not know who his father is. On top of that, he is an orphan so he had no knowledge of his ancestors before him, so one must ask why should he care about keeping the Hasashi lineage alive if he, on a deeper level has no real connection to it? Also, how did he understand Scorpion speaking Japanese when he doesn’t know how to speak it or understand it? Additionally, Scorpion knows English, he did yell “GET OVER HERE”.

Really digging into it you find many flaws in this film and that’s all due to writing, editing, and the overall telling of the story. Mortal Kombat has the potential to be something great and break that video game film curse just like Sonic the Hedgehog did. But wanting to be its own thing while trying to please the core fans of Mortal Kombat was and is its biggest detriment.

The film does set up potential sequels, and Joe Taslim revealing that he signed up for five films definitely confirms that. More so, the film’s end credit scene setting up the introduction of Johnny Cage cements that even further. However, if this film and franchise as a whole are going to succeed past a sequel, it needs an overhaul on the creative team. Over-the-top gore and fatalities can only go so far when there’s no real tournament going and fight sequences last no more than 10 seconds.

Overall, Mortal Kombat is entertaining in its own right but it not without its massive flaws. It was great seeing the potential of properly adapting this beloved fighting game into the live-action medium because it what we always wanted to see but it definitely needs to improve a second time around if it was to live past two films.

I do want to emphasize that a sequel for Mortal Kombat has yet to be announced or confirmed. My speculation is solely based on reports and words from actors and what the film sets up.

Mortal Kombat is playing in theaters and streaming on HBO Max for the next 28 days.