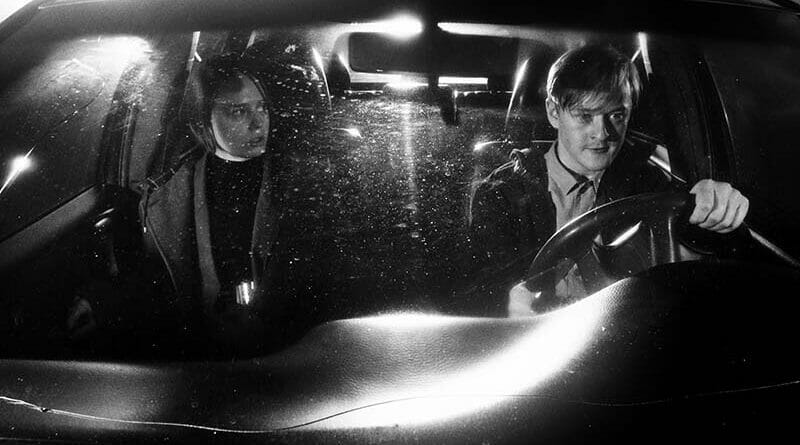 ‘Night of the Living Dicks’ Review: The Longer This Goes On The Harder It Is To Watch (Fantasia 2021)


Our coverage of Fantasia Festival 2021 continues with “Night of the Living Dicks”. Written and directed by Illia Rautsi, “Night of the Living Dicks” follows a woman named Venla who was been receiving a ton of unsolicited dick pics, and just like any other woman would, she is just fed up with receiving said dick pics. One night, while out with her best friend who has brought her on this double date, she comes across these pair of glasses that allow her to see men for who they truly are, dick monsters.

The film is pretty straightforward with what it wanted to get across, what initially felt like a focus on the male and female perspectives on sending and receiving dick picks quickly takes a turn for the worse once that is abandoned, and it’s abandoned pretty quickly. Once the dick monsters are aware of Venla’s discovery they’re dead set on capturing her and the glasses so they remain in hiding. Night of the Living Dicks doesn’t have much going for it storywise and but where the film shines is in its direction, cinematography, and practical effects, as uncomfortable as they are to see. It’s quite literally how many people see men anyways, as dickheads who just think with their dicks, and they’re not entirely wrong, it’s just a weird thing to see in the film. More so when one of them is rips the tip off of its head and drenches itself in blood. It’s just a weird and cringe-worthy scene that made me clench.

However, despite the majority of my negatives, and feeling like this film was a complete waste of my precious time. What I did enjoy the most was the noir setting of the film. That black and white, Sin City feel was great and something we haven’t really seen in any film in quite some time, at least for me.

Overall, Night of the Living Dicks’ social satire really tries its best to provide comical insight into the world of men and women and how they perceive the sending and receiving of dick picks and ultimately how men really think with their little jimmy. The film has great direction and great cinematography and great practical effects but the overall message prematurely ejaculates and misses its target.

Want to discuss things further? Hit us up on Twitter, Facebook, or Instagram. And for more film, gaming, anime, and TV news, trailers, and updates make sure to keep it locked right here at The Nerdy Basement. While you’re here, please consider supporting us on Patreon! It’s an easy way of supporting us so we can keep providing you with your Nerdy New