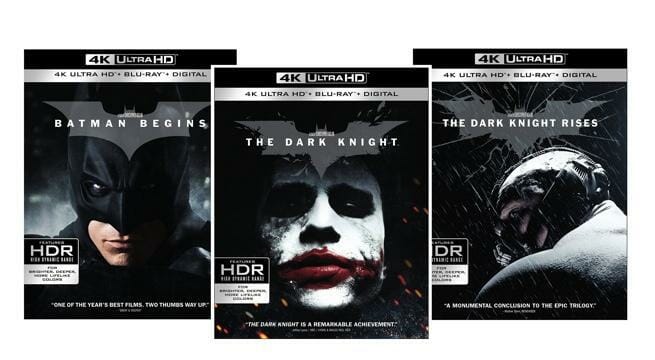 
Prime Day is here and with it comes a slew of new and Amazon Prime-exclusive deals. Here’s a list of some of the best deals we were able to find on Amazon Prime for Prime Day, links included. Don’t have Amazon Prime? Don’t worry we got you covered with a FREE 30-day trial of Amazon Prime on us! Just click the link right here to sign up. Make sure to use any of the provided links below as well as we might get a small commission if you make a purchase using our links! Thank you and Happy Prime Day!

“Joker” centers around the iconic arch-nemesis and is an original, standalone story not seen before on the big screen. The exploration of Arthur Fleck (Joaquin Phoenix), a man disregarded by society, is not only a gritty character study, but also a broader cautionary tale.

You ever hear the one about the cop, the blonde, the psycho and the mafia princess? Birds Of Prey And the Fantabulous Emancipation of One Harley Quinn is a twisted tale told by Harley herself, as only Harley can tell it. When one of Gotham’s most sinister villains, Roman Sionis, and his sadistic right-hand, Zsasz, put a target on a young girl named Cass, the city’s wicked underbelly is turned upside down looking for her. Harley, Huntress, Canary and Renee Montoya’s paths collide and the unlikely foursome have no choice but to team up to take Roman down.

The U.S. Government forms a team of supervillains to pull off extremely difficult missions in return for shorter prison sentences.

In Batman Begins, director Christopher Nolan explores the origins of the legendary Dark Knight. In the wake of his parents’ murders, disillusioned heir Bruce Wayne (Christian Bale) travels the world seeking the means to fight injustice and turn fear against those who prey on the fearful.

In The Dark Knight, Batman sets out to destroy organized crime in Gotham. The trio proves effective. But soon the three find themselves prey to a rising criminal mastermind known as The Joker (Heath Ledger), who thrusts Gotham into anarchy and forces Batman closer to crossing the fine line between hero and vigilante.

In The Dark Knight Rises, eight years ago, after assuming the blame for D.A. Harvey Den’s death, a disgraced Batman mysteriously vanished. But everything changes with the appearance of a cunning cat burglar and the arrival of Bane, a ruthless madman. Bane’s reign of terror forces Bruce out of his self-imposed exile and into the ultimate battle for Gotham City’s survival and his own.

Keep an eye out here and on our social channels for more Prime Day Deals!