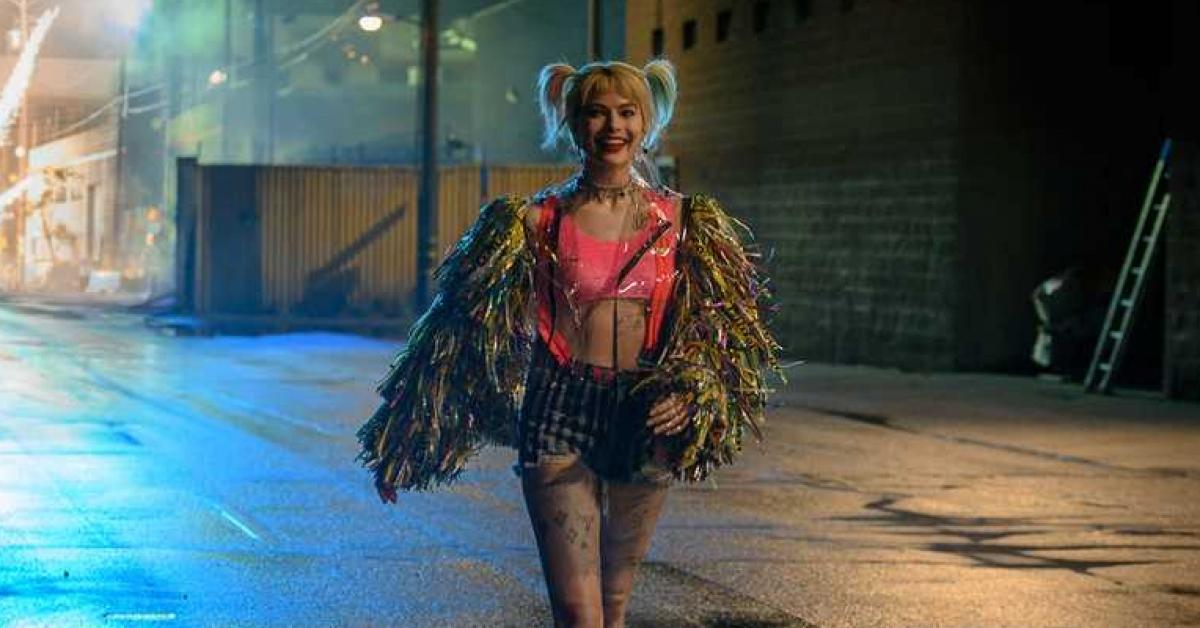 
Despite an underwhelming opening weekend box-office, Cathy Yan delivers a strong, solid effort into the DC library. Birds of Prey (And The Fantabulous Emancipation of One Harley Quinn) presents nothing but a “Bat-sh*t crazy”, chaotic, and strongly-themed film. With John Wick inspired action, time-telling like Guy Ritchie and an incredible female cast. This movie joins the ranks with some of the DCEU’s best moments and fantastic villains.

So, let’s go! PS. This review will be as R Rated as the film! #PottyMouth

Moving right into the few negatives I have for this film. First off, leaving with an unsatisfying feeling of not seeing enough Black Canary and Huntress. Am I mad about it? No. Do I just want more because they were absolutely amazing? HELL YES! Second… *MAJOR SPOILER* Killing off the villains. Again, for the same reasons I wanted more Black Canary and Huntress, I wanted more Ewan McGregor and Chris Messina. Both actors gave tremendous performances, making it so much harder to see them go so early. I do have my suspicions around Victor Zsazs and if he really died? But that’s another story.

After the film, I felt like the third act was tacked-on. Harley’s narration throughout the first two acts mean the story jumps forward and back many times and at a quite rapid pace. Once we get to the final act of the film at Amusement Mile, we return to your more typical, linear storyline structure. It’s not so much a criticism, but the difference definitely stands out.

Speaking of standouts, the list goes on and on in this movie. If you’re after a quicker read, which I 100% stand by, check out the boss man’s Review: Birds of Prey (Non-Spoiler). As the rest of this review focuses more on my favorite aspects of the film, and it’s psychology.

Disclaimer: This article in no way intends to push political or feminist agenda. Nor are any of the following psychoanalysis provided by professional opinion.

The major positives for me in this film derives from the underlying themes and character psychological profiles in play. We will begin with the most obvious character, Harley Quinn. OR Dr. Harleen Quinzell. Shown in Suicide Squad when she was Joker’s psychiatrist, is an aspect of Harley Quinn’s psychological profile. Which is more of the crux of Margot’s version and a carrying theme throughout many of the other characters: Codependency.

Do you know what a Harlequin is?

A Harlequin’s role is to serve. It’s nothing without a master. No one gives two sh*ts who we are, beyond that.

One thing I found that worked really well to portray this, which didn’t take anything away from Mister J, was how Harley is constantly reminded that she has no “power” without The Joker. That the immunity he gave her is gone and it is open season on Daddy’s EX Princess. Signifying that not only was Harley dependant on Joker, in a relationship sense, but she also was relying on him for something more important, her freedom.

I think for females especially, this is hard. Because in my experience, it’s easier to laugh at girls than it is to acknowledge their efforts. Diminishing the female protagonist because “she looks stupid”. Take Renee Montoya for example. The man takes all the credit for her work and effort SHE’S put in! It’s just easier to believe it was a man’s work right?

Speaking of a mans work, let us discuss Roman Sionis aka Black Mask. Something I strongly believe is being misinterpreted by many is his vanity. Given that he is a male, a villain, and an extremely selfish one, this has been interpreted as Toxic Masculinity. I say to my fellow females, is it really Toxic Masculinity if he is also a GAY man? But that’s too obvious. Sionis displays his own signs of codependency in a very materialistic form – Sionis has had everything handed to him on a silver platter. Evident in his explosive tantrums. Sionis is obsessed with the world worshipping him.

Not as a male symbol, but just Roman Sionis himself. This is reflected through materials such as having a statue of himself, his face on his shirts and being dependent on owning everything and everyone in Gotham. Even his working relationship with Zsazs. Sionis doesn’t actually want to do the killing himself, he just wants to watch and let people know he is going to own Gotham and f*ck you for not helping him.

Sionis’s codependency stems from a life he’s only ever known, material wealth. But this type of value and purpose only goes so far. Unfortunately this time it lead to his DEATH which I’m sorry, did we haaaaaaaaaaaave to kill him????

Why the theme of codependency is so strong in this movie is because it applies to almost every character in the movie and ties everything together. Not seeing the team up till the end actually (IMO) worked in favor of the film allowing the characters to have their own definitive introduction. It also highlights a strong message in terms of mental illness awareness and for anyone who needs to hear it: you’re not alone.

Phew! Now that that’s out the way. The last sort of psychological element of this movie I wanted to address or come back too is Harley’s breakup. I thought to myself that from a male perspective – perhaps guys might see this as an impractical film? Like who wants to watch some girl go through a breakup? Not even I wanted too to some degree.

However, to Cathy and Christina’s credit, they were able to display a reflective, true and fun portrayal of a girls “break-up depression”. Yes, we eat a lot. Yes, we find comfort in pets (although not usually Hyenas). And yes, often after heavy break-up’s, we recreate ourselves. I appreciated how Cathy lets this play throughout the movie because it’s important to acknowledge that regardless of gender.

Getting through a break-up or emancipating yourself from something or someone that you once valued more than your own life? On the surface, it’s all “fine”, but the internal struggles, the behind closed doors feelings and slap-in-the-face reminders of your past – really do SUCK ASS. It’s all too easy to run back to routine, even if its a life you know is not healthy for you. #CancelCodependency.

The film itself does an excellent job of placing these characters on the ground. Something Cathy strived for. Gotham, known for harvesting some of the most insane characters across the multiverse, definitely doesn’t lose its reputation. With amazingly done action scenes, the epic three-minute fight sequence with all the Birds against Black Mask’s goons. Fight Choreographer Jon Valera and Stunt Co-ordinator Jonathan “Jo Jo” Eusebio deliver some of the best action in the entire DCEU. Visually this movie is an absolute joy. The explosions of color surrounded by a darker background really made every scene pop. Which almost mimicked Harley as a visual character. She’s a very small but loud pop of a person, immersed in a dark and cruel world that mostly hates her.

This brings me to the end of this very long review. I cannot stress how important this movie is in terms of self-reflection and development. Not for only females, but anyone who is fighting to own themselves again. This script on the surface does come off chaotic yet empty. However, I do believe the underlying messaging in this film separates it from the rest of the DCEU. Instead of being the “light at the end of the tunnel”, you’re halfway in the tunnel and the batteries of the flashlight ran out. The film has found itself a wonderful middle ground between “f*ck this” and “no f*ck you, I am better than this”.

#BeBetter – Unless you can be Batman, #AlwaysBeBatman.