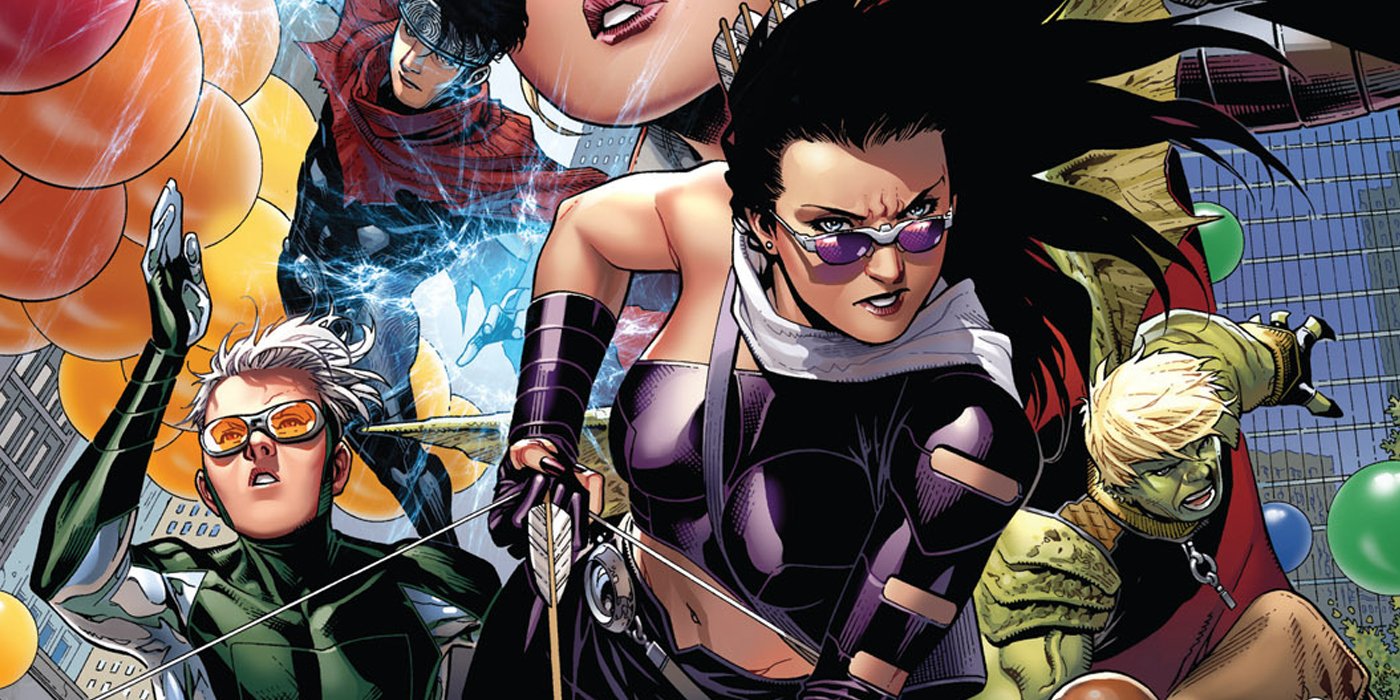 RUMOR: ANT-MAN 3 COULD POTENTIALLY INTRODUCE THE YOUNG AVENGERS TO THE MCU


Last week a new rumor report broke in regards to Ant-Man. Ant-Man 3 was reportedly a go over at Marvel Studios. As seen at the beginning and end of Avengers: Endgame, Cassie Lang, Scott’s daughter is now a teenager. Comic book fans immediately knew what this was potentially leading to or should we say, directly leading to. The possibility of The Young Avengers team appearing down the line in the MCU.

According to a new report from Full Circle Cinema, a rumor report from movie insider Charles Murphy indicates that the third Ant-Man film will introduce The Young Avengers. And just like the rumor behind the yet announced third Ant-Man film, its simply that, a rumor. Of course, until Kevin Feige and Marvel Studios make an official announcement.

In the meantime, lets dive into some the rumors and reports floating across the internet that all seem to point to the inevitable debut of The Young Avengers in the MCU. Remember Cassie Lang? Well, she eventually becomes a hero, just like her dad, under the codename Stature. That’s Marvel’s first indication and planting of the seed for the idea of The Young Avengers in the MCU.

Going back to the Ryan Coogler’s Black Panther film. Coogler revealed that in the initial script of Black Panther he introduced Young Avengers member Patriot, but due to some contractual issues, he was not allowed that creative freedom.

Another rumor we heard about a few months ago was that Marvel was reportedly developing a Disney+ solo series for Ms. America, America Chavez who is also a member of The Young Avengers. While not officially announced, you’re starting to see a pattern here, right? Marvel is aiming to introduce younger heroes and have those younger heroes at the forefront of the MCU with the remaining Avengers in leader/mentor roles for these up and coming heroes. But it doesn’t stop there!

The upcoming Disney+ series WandaVision focusing on Scarlet Witch and Vision, is rumored to introduce Wanda’s and Vision’s twin children, Wiccan and Speed. Who are also members of The Young Avengers team.

Next up is the official live-action debut of Hawkeye herself, Kate Bishop. While the role has yet to be officially cast. Whomever the actor is will star alongside Jeremy Renner (…maybe). As you might’ve guessed by now, Kate Bishop is another young hero in the Marvel Universe who also has ties to The Young Avengers and The West Coast Avengers, but that’s a topic for another day.

Lastly, we have our beloved Peter Parker, who bit the dust in the MCU not once, but TWICE! He also blipped back into the MCU not once, but twice. He’s also a younger hero and while he’s mostly associated with the older Avenger’s team, not only in the comics but also in the MCU. I wouldn’t rule him entirely out of contention for a potential team-up with The Young Avengers if and when they appear in the MCU.

As I mentioned before this is just rumors and obvious speculation on my behalf. But a simple connection of the dots and we have a vivid picture of what Kevin Feige might want to do with the younger heroes he plans, and potentially plans on introducing in the MCU. Going back to SDCC this past summer. Kevin Feige revealed that there will be a new Avengers team in the MCU at some point, but that team will be very different. Stating that we will see old and new faces alike in that new iteration. Feige unfortunately did not really specify which version of this new Avengers team will be seen down the line in the MCU. It’s all a waiting game at this point!