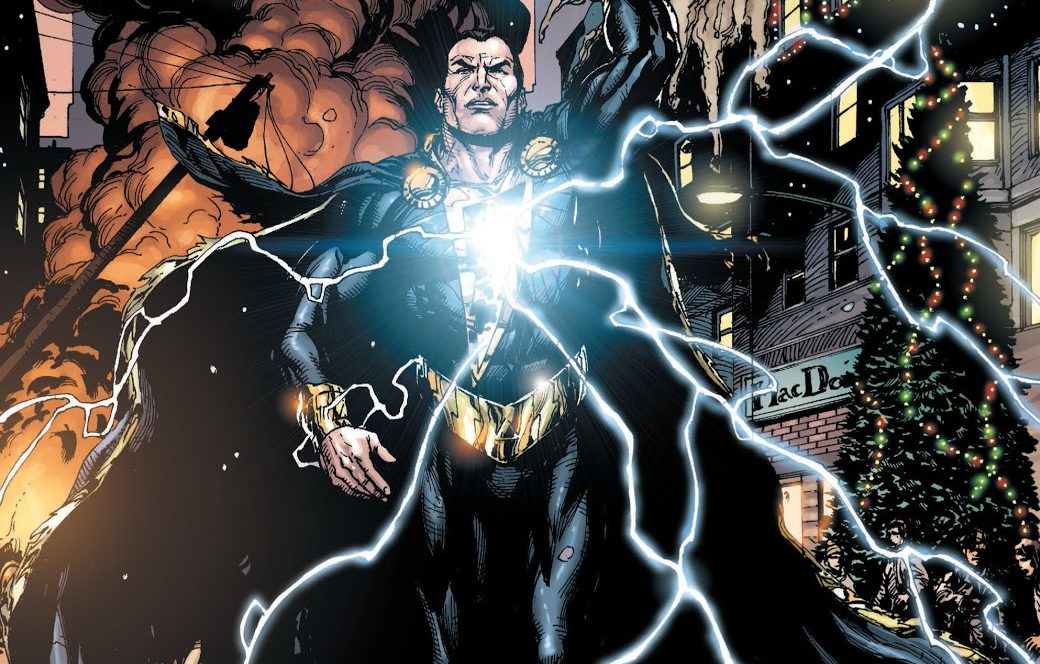 SHAZAM: THE ROCK GIVES NEW DETAILS ON BLACK ADAM SOLO FILM AND WHEN FILMING WILL START


Shazam has taken over the box office in its opening weekend. Garnishing magical numbers and taking the number one spot, topping the horror flick, Pet Sematary.

Dwayne ‘The Rock’ Johnson has taken to social media to not only congratulate Zachary Levi on the success Shazam, but to also tease his upcoming role as Black Adam in the Black Adam solo film.

As we all know The Rock was cast as Black Adam 10 years ago. With the announcement of a Shazam solo film, fans were anxious to see The Rock suit up as Black Adam to take on Zachary Levi in a battle of epic proportions! Black Adam was initially supposed to appear in Shazam but was then removed from the script and film and given a solo origin film instead.

Check out the video below courtesy of Twitter user UberKryptionian

As The Rock mentions in the video, the reason for Black Adam‘s absence in Shazam was due to the conflicting origin stories for Shazam and Black Adam. Their origins while having some similarities are vastly different. It was his suggestion to WB to instead give both Shazam and Black Adam origin films and follow those films with their inevitable clash.

While it was already speculated and to some degree known, confirmation of any sorts is always good in my opinion. The big takeaway from this video is The Rock‘s excitement about playing the villain/anti-hero Black Adam and when the film will begin filming, which is next year (2020).

The Rock emphasizes the differences of Black Adam‘s origins. Which if you’ve seen Shazam is shown in the film but not in full details. Below I’ve aded some parts of his New 52 origins, which is what we will most likely see in his solo film, based on what we were given in Shazam.

Gaining the powers of Shazam along with his nephew Aman. Adam grew blood thirsty for revenge. In turn he kills nephew Aman to become the wizard’s sole champion. As mentioned in Shazam in the midst of his thirst for revenge he unleashes the Seven Sins upon the world killing millions of his own people.

While in his eyes he’s doing it for all the right reasons, it backfires and he becomes a genocidal killer.

It’s hype inducing to see The Rock so excited to play such a beloved villain in Black Adam and how he teases that he will kick everyone’s ass when he does indeed show up.

Going by comic book mythos, Black Adam hands Shazam his ass on a platter on almost every encounter. Including the Shazam Family.

With Black Adam starting production next year we should expect it to hit theaters somewhere mid to late summer 2021.