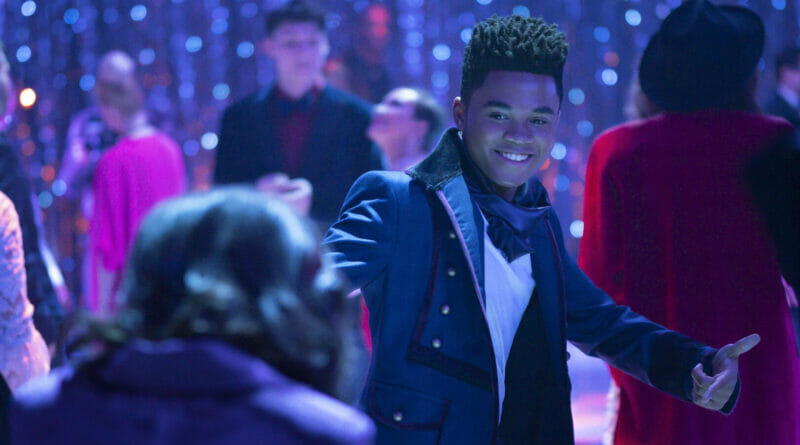 ‘SNEAKERELLA’ Laces Up For May 13 Release on Disney Plus

Disney Plus has released a new trailer for the upcoming original movie “Sneakerella,” premiering May 13 on the streaming service. From the studio behind the mega-hit “Descendants,” “High School Musical,” and “ZOMBIES” franchises, this pop/hip-hop musical is set in the vibrant street-sneaker subculture of New York City and puts a contemporary twist on the “Cinderella” fairy tale.

El, an aspiring sneaker designer from Queens, works as a stock boy in a shoe store and hides his artistic talent. Sparks fly after a chance encounter with Kira King, the daughter of sneaker royalty and a Manhattan Princess Charming of sorts. With a nudge from his best friend and a touch of magic, El finds the courage to lace up and dream big.

“Sneakerella” is a Disney+ original movie from Disney Branded Television, directed and co-executive produced by Elizabeth Allen Rosenbaum. Jane Startz and Rachel Watanabe-Batton serve as executive producers. The teleplay was written by David Light & Joseph Raso, Tamara Chestna, and Mindy Stern & George Gore II and is based on a story by Stern & Gore and Light & Raso. Chestna also serves as a co-executive producer.

“Sneakerella” begins streaming on May 13, 2022, exclusively on Disney+.