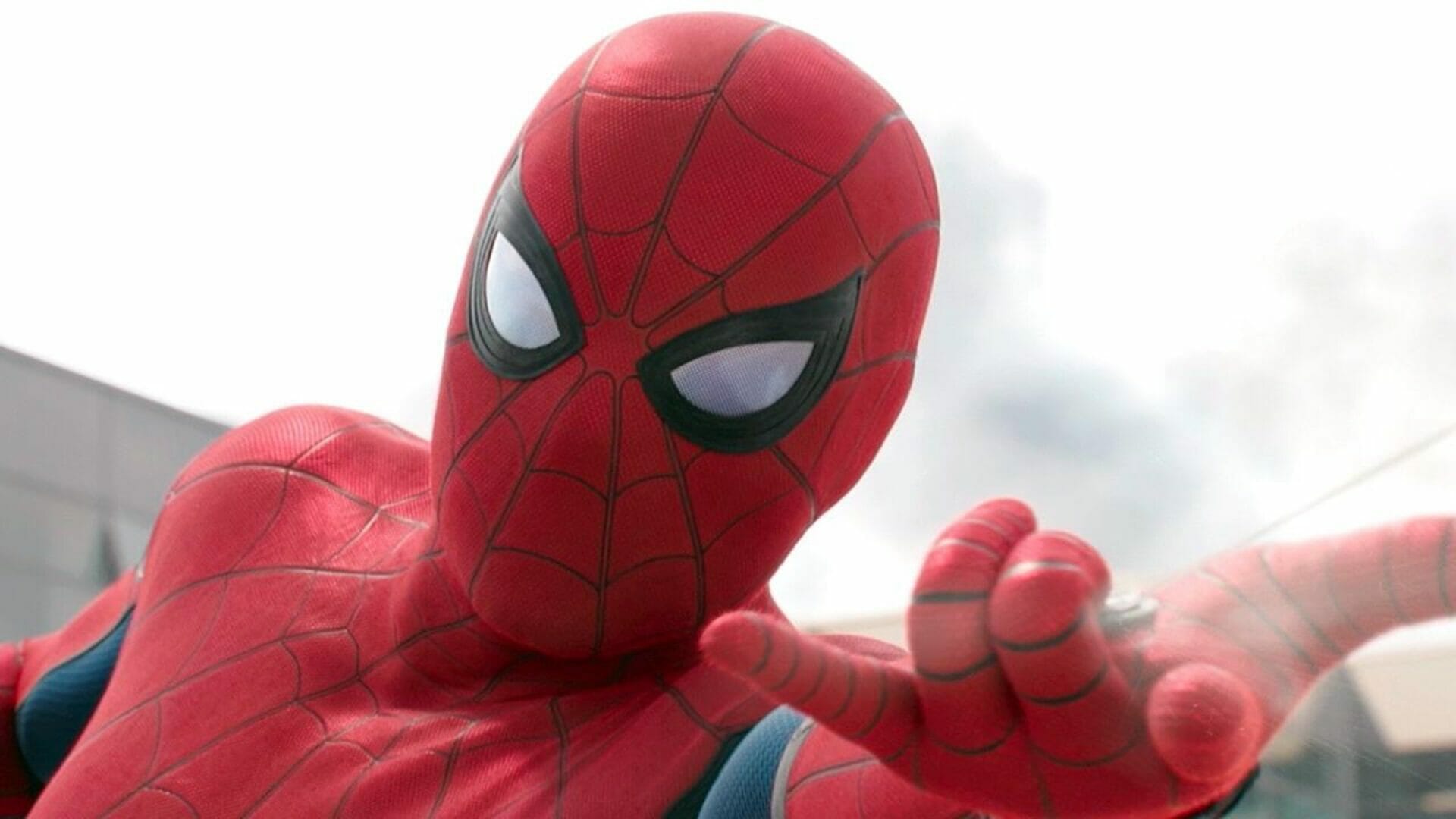 Everything Confirmed and Yet to be Confirmed For Spider-Man 3


Sony Pictures and Marvel Studios are looking to deliver one of the most EPIC Spider-Man films of all time, here’s everything that’s been confirmed and rumored for Sony/Marvel’s Spider-Man 3

When it comes to live-action Spider-Man films you’ll often find yourself in a mixed crowd. Many fans love the original Sam Raimi trilogy, although they despise the third film. There’s a love/hate relationship with Andrew Garfield’s The Amazing Spider-Man which due to a poor box office performance, didn’t receive it’s planned sequel which was aiming to introduce the Sinister Six (more on that later). Enter Sony Pictures’ relationship with Kevin Feige and Marvel Studios who’s newly formed partnership brought a new Peter Parker and Spider-Man to the MCU.

Making his debut in Captain America: Civil War, Tom Holland’s Peter Parker/Spider-Man was immediately ushered to the forefront of the MCU and has been featured in two Spider-Man movies and two Avengers films and will now appear in the third installment of his MCU solo outings. There’s a lot riding on this third film and I don’t mean the long list of characters that have been confirmed and/or rumored to appear. But after Sam Raimi’s Spider-Man 3 and the canceled third installment of The Amazing Spider-Man trilogy. There are huge expectations from fans that Marvel and Sony can deliver the first thoroughly successful Spider-Man trilogy.

Spider-Man: Far From Home, riding hot off the coattails of Avengers: Endgame, introduced us to the first-ever live-action adaptation of Mysterio and became the first Spider-Man film to gross $1 billion at the global box office. A huge landmark for Marvel’s poster boy.

With Spider-Man 3, which is currently untitled at the time of this writing, currently in production. Many, and I mean many characters are returning and entering the cinematic giant that is the MCU. First, we got word that Jamie Foxx would be reprising his role as Max Dillon aka Electro from The Amazing Spider-Man 2. While his return was not confirmed by either Sony or Marvel, Foxx went on to social media, Instagram specifically to confirm his return to the role of Electro.

Many fans questioned his return due to his supposed death in The Amazing Spider-Man 2 at the hands of Spider-Man and Gwen Stacy. But via his Instagram post which had since been deleted. Foxx revealed that while he will be playing Electro again, it won’t be the Electro we saw in TASM 2. Meaning, he won’t be walking around New York City with his electrifying blue glow. This post also brought forth our very first (of many) confirmations that Spider-Man 3 would be expanding on the theme of the multiverse in the MCU, cracking it open even wider than it will be initially in the upcoming WandaVision Disney+ series.

Not long after, rumors on the internet went rampant as rumors and speculation birth the idea of Toby Maguire and Andrew Garfield both reprising their respective roles of Peter Parker/Spider-Man as well. Although the former has not been officially confirmed (according to sources he’s currently in talks but nothing has finalized), the latter, Andrew Garfield, as well as Kirsten Dunst have both officially signed on to reprise their roles as Peter Parker/Spider-Man and Mary Jane Watson respectively from their own specific Spider-Man universes.

Although one of Peter Parker’s love interests is reportedly set to return, Garfield’s love interest in his film, Gwen Stacy portrayed by Emma Stone is speculated to reprise her role if her pregnancy allows it. This specific return, as well as Electro’s and the ones that will follow, all, raise a number of questions. As I mentioned above, according to TASM 2, Electro died, additionally, Gwen Stacy also died in that film, so how will she return?

The stipulation that stands out for me is, “if her pregnancy allows it”. Could it be possible that Sony/Marvel wants her back as Gwen Stacy in order to introduce Spider-Gwen (Ghost-Spider)? If her return is indeed happening, that would be the only logical direction to go, unless she’s just playing a Gwen Stacy from another universe that never died.

I think the former would be the ideal option since it would be nice to give her the same storyline from the comics, where the Peter Parker from her universe had died, this Peter Parker being Andrew Garfield in this case, and she becomes Spider-Gwen. Thus sparking a possible relationship between Peter Parker (Garfield) who is alive and Gwen Stacy from another universe that is also alive.

I want to make it clear that this is just me speculating about Emma Stone’s possible return as Gwen Stacy and what it could mean or potentially introduce since most of these returning characters are all dead. Speaking of dead characters, let’s look at Dr. Otto Octavius otherwise known as Doctor Octopus who made his live-action debut in Sam Raimi’s Spider-Man 2 and portrayed by Alfred Molina.

In Spider-Man 2, after a battle with Spider-Man during the final act of the film. Doc Ock plunges himself to the depths and dies. But here we are again with another dead villain being brought back to life in the MCU. But as with Electro, this could also be a Doc Ock from another universe as opposed to being the Doc Ock from the universe most of us grew up with. Either way, it’s good to see Molina back as Doc Ock as he was probably one of the best villains in Raimi’s trilogy, right up there with Willem Dafoe’s Norman Osborn/Green Goblin. This leads me to my next point…

Willem Dafoe’s Norman Osborn/Green Goblin, Thoman Haden Church’s Sandman, and Dane DeHaan’s Green Goblin (Harry Osborn) are all rumored to appear in Spider-Man 3. Neither of these castings, including the “confirmed” ones above has yet to be officially confirmed by Marvel Studios or Sony Pictures (with the exception of Alfred Molina).

Willem Dafoe’s Norman Osborn bit the dust in Sam Raimi’s first Spider-Man film so this might be another case of this Norman Osborn being from another universe who is well and alive. But what about DeHaan’s Green Goblin? While he’s still alive by the end of The Amazing Spider-Man 2, what would be the need to have two different Osborns in Spider-Man 3, if you aren’t making Harry Osborn the Hobgoblin as opposed to bringing him back as another Green Goblin? That’s where Ned Leeds comes in.

In the comics, Ned Leeds becomes the third Marvel Comics character to take up on the identity of the Hobgoblin. Although the MCU has yet to really plant the seeds towards that transformation, it does beg the question of whether or not Marvel/Sony indeed wants to do that with this version of Ned. And if they don’t, is that where Dane DeHaan’s Green Goblin comes in?

So instead of bringing DeHaan back as Green Goblin, maybe Sony/Marvel want to make him the MCU’s Hobgoblin.

Last but certainly not least, The Devil of Hell’s Kitchen will reportedly be appearing in the upcoming Spider-Man film with none other than fan-favorite Charlie Cox returning to reprise his role from the beloved Netflix series. Given the way Spider-Man: Far From Home ended, Peter’s identity has been made public, and has also been framed for the “murder” of Mysterio. Seeing how this can affect him legally, Peter Parker is going to need a thoroughbred of a lawyer to help him with this situation.

Benedict Cumberbatch’s Doctor Strange will also be appearing in Spider-Man 3, something that was officially confirmed by Kevin Feige this past week during the Disney Investor Day livestream event. Spider-Man 3 will be part of a three-part multiverse bending story arc that starts with WandaVision, with Doctor Strange in the Multiverse of Madness serving as the bridge film and tieing directly into this specific film.

There has been an overabundance of speculation that Spider-Man 3 will be a live-action adaptation of the Into the Spider-Verse storyline and while having more than one Peter Parker/Spider-Man in this film could definitely be taken like that, I don’t think that’s really the case here. Once again, that’s just my personal speculation. There are no official reports that Spider-Man 3 will be adapting Into the Spider-Verse.

However, there are ramblings online that this film will be a Sinister Six film but will have appearances of other villains from other universes totaling about 10 villains in the film (also not confirmed). The introduction of the Sinister Six in live-action has been something Sony has been wanting to do since The Amazing Spider-Man 2. Not only did those plans fall through, but a film centered about the Sinister Six was also canned prior to joining forces with Marvel Studios.

If we go back to Spider-Man: Homecoming and its post-credits stinger, Adrian Toomes (Vulture) is confronted by Mac Gargan (Scorpion) about Spider-Man and plants the first seed of the Sinister Six appearing in the MCU at some point in time. Sony further expanded on that idea by having Adrian Toomes appear in the Morbius trailer.

I’ll refrain from diving deeper into this Sinister Six possibility and I’ll save my thoughts for another piece (make sure to come back for that). I hope that this has cleared or at least enlightened everyone reading about what’s is and isnt happenign yet with Spider-Man 3. As with everything else, we’ll keep you all as up to date as possible as more news and tidbits become available.