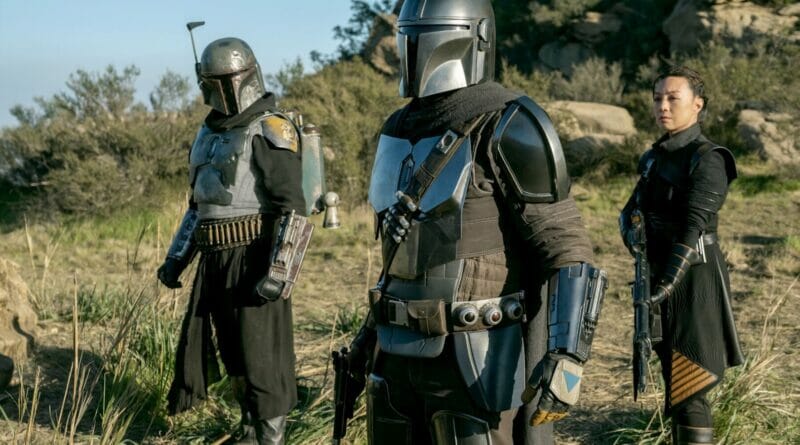 Robert Rodriguez Says “The Book of Boba Fett” Will Blow Your Mind, Guaranteeing The Series Will Overdeliver

We recently spoke to Robert Rodriguez about his upcoming concert film, “Billie Eilish: Happier Than Ever: A Love Letter to Los Angeles” which he co-directed with Oscar-winning director/animator Patrick Osborne. During our interview with Robert Rodriguez, we asked him about his involvement in “The Book of Boba Fett”, news that he was able to confirm. However, when asked about how deep his involvement in the series was and whether or not he wrote any episodes, and how many episodes did he direct, all he had to say was “wow, I’ve got so much to tell you about that but I’m out of time [laughs]”.

What Can Fans Expect From “The Book of Boba Fett”?

While Rodriguez kept things close to the chest, he managed to do one thing, raise the levels of already massive hype behind the series. After all, his episode of The Mandalorian was a huge episode all around for both newcomers and old fans of the Star Wars universe. And ultimately served as a prerequisite to greenlight “The Book of Boba Fett. Robert Rodriguez has a unique style of filming and whenever you see a Robert Rodriguez film or tv episode, you know can immediately tell that this is his work.

Rodriguez compared his episode of The Mandalorian to “Desperado”. A film written, directed, and produced by Robert Rodriguez himself. In addition to raising the hype levels of “The Book of Boba Fett”, Rodriguez also hopes that the success of “The Book of Boba Fett” will pave the road for him to personally go to Disney himself and push for an “Alita: Battle Angel” sequel, whether the film is released in theaters or on Disney Plus.

The Push For An Alita: Battle Angel Sequel:

But not for Robert Rodriguez and the Alita Army that has been clamoring for the film to get a sequel, even “Alita: Battle Angel” star Rosa Salazar has encouraged fans to keep pushing and supporting the film so the numbers can go up and hope that a sequel will get made. Rodriguez is fully aware of the Alita Army and has seen their pleas for the film, “they’re incredible [the Alita Army], every time I open my social media there are so many messages.”

We asked Rodriguez if there have been any new developments or updates on the possibility of an Alita: Battle Angel sequel and what can the Alita Army do to make what seems like a lost dream a reality. “I’m hoping I’m earning some point by doing so much for Disney, cause they own it now [they bought Fox], and that’s why we weren’t able to jump right into the sequel, because of that whole thing. But now they are starting to release some of the Fox stuff.”

“I’m trying to see what happens with Boba Fett, I think that’s going to knock people’s socks off so when that happens I will go in and say, ok, I’ve been here for a while, let’s figure out how we can do Alita whether it’s for streaming or theatrical because it’s such a great property, people love it, I love it and Jim loves it. We [Robert and Jim] just talked about it recently again, about how can we do this, what’s the best way to approach it, I think it’ll be me going in there with him to talk about it because I’m doing a lot of stuff for them [Disney] now.”

If the Alita Army was looking for any glimmer of hope then this is it. All it will take is for fans to really elevate the success of “The Book of Boba Fett” in order to give Rodriguez enough of a reason to go to the higher-ups in Disney to negotiate how to give the Alita Army more from this franchise.

One can hope that if all goes well, Rosa Salazar is up for reprising her role as Alita. Given how vocal she is about the fan’s support of the film and franchise and her recent signing to star in the Disney+ U.K. Original Series “Wedding Season”, and Rodriguez’s plan for a new push, all signs are looking up for Alita fans around the world.

Robert Rodriguez will be directing some episodes of “The Book of Boba Fett” along with Jon Favreau, Bryce Dallas Howard, and Dave Filoni. All who have directed episodes of The Mandalorian prior to this new series. “The Book of Boba Fett” will see Temuera Morrison once again reprise the role of Boba Fett and will also see the return of Ming-Na Wen as Fennec Shand. Previous reports have also stated that Pedro Pascal will be making an appearance in the series and reprising his role as Din Djarin and will also feature other bounty hunters from the Star Wars Universe like Bossk, Dengar, and Cad Bane.

The Book of Boba Fett is slated to release later this year.