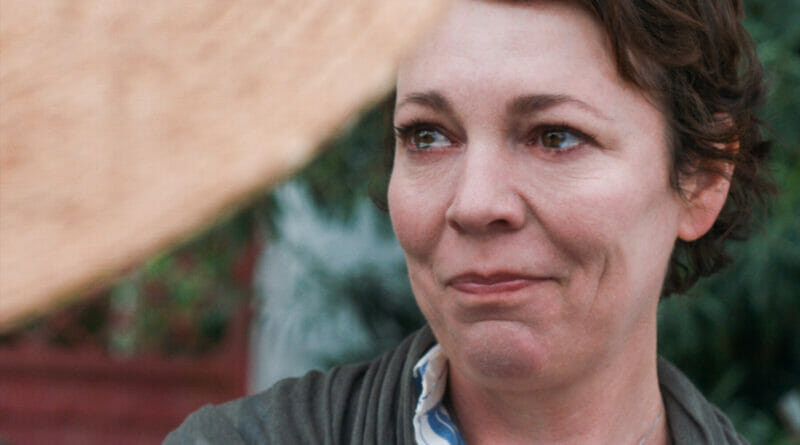 ‘The Lost Daughter’ Review: Netflix Saves Its BEST Film of the year For The Last Day of the Year


The Lost Daughter is unsettling and thrilling while delivering the best drama in a film in quite some time.

Maggie Gyllenhaal makes her directorial debut with ‘The Lost Daughter’ and she does it with loads of charisma and style. ‘The Lost Daughter’ is a very complex film, with its very focused narration on the already complex characters and the screenplay treatment makes all the difference. Within the shorter run time of 120 minutes, the film never takes the audience’s attention for granted, but keeps them tightly hooked from frame one until the very end.

‘The Lost Daughter’ is a psychological drama at its very core. It tackles the story of Leda played by the very talented Olivia Colman, the entire narrative structure of the film keeps navigating between the past and present timelines and life of Leda. Jessie Buckley plays a younger version of Leda and delivers yet another amazing performance. The setting of the movie is in Southern Italy, where Leda is on her work and vacation. While on her vacation, Leda gets instantly consumed by a loud family on the beach that has Nina, a young mother, the character is essayed by Dakota Johnson.

The relationship between Nina and her daughter starts consuming Leda and it keeps reminding her about her daughter and the relationship they used to have. The entire relationship ends up completely consuming her, making her go to some dark extent. On paper, the entire story of ‘The Lost Daughter’ might seem very simple and predictable for some. But the magic of Maggie Gyllenhaal comes into play in these moments and makes the film stand out and turns it completely around. Maggie Gyllenhaal brings out the best of every actor involved in this movie.

The best performances come from both Olivia Colman and Jessie Buckley. Olivia Colman with her expressions makes the audience feel for her while she is stuck in chaos and claustrophobia of Leda’s life. But it is Jessie Buckley who plays Younger Leda with her performance makes the audience connect and resonate with Leda and her struggles. There are other prominent actors that are part of this film. Ed Harris plays Lyle, Peter Sarsgaard plays the character of a Scholar named Hardy. Paul Mescal as Will, even though many of these characters can be called cameos but their characters and their portrayal leaves an impact on the audience and the overall storyline and its narration.

Kathleen Crawford and her casting choices are a perfect fit for characters in the film, and the score by Dickon Hinchliffe is subtle and elevates the performances overall, when it is needed to, the cinematography by Helene Louvart needs a special mention for capturing all the lush, and pleasant scenery of the Southern Italy which is also an essential part of the film.

Overall, The Lost Daughter written by Elena Ferrante has gotten a very faithful and remarkable adaptation of the novel by Maggie Gyllenhaal. The movie is easily one of the best in the year and it also highlights the power of women and also shines a light on Mental struggles and troubles while navigating through Motherhood.