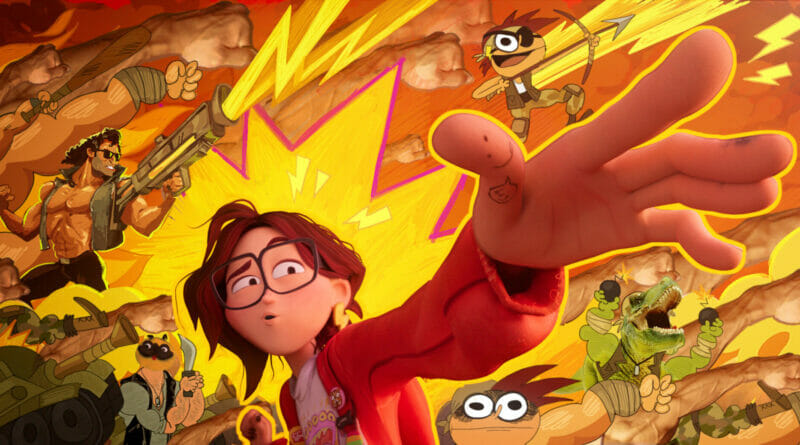 The Mitchells vs The Machines Review: Hands Down One of The Best Animated Films To Come Out of Netflix

Although The Mitchells vs The Machines was not written or directed by Phil Lord and Christopher Miller, they have stamped their unique and chaotic style all over this film. It reminds me of all the best parts of Lord and Miller, from Clone High, 21 & 22 Jump Street, The Last Man on Earth, LEGO Movie, and Spider-Verse. One cannot give all of the credit to Lord and Miller, as co-directors Jeff Rowe and Michael Rianda were a writer and the creative director (respectively) on the fantastic Gravity Falls, and brings much of their comedic sensibilities over from that show.

Rowe, also a writer on Disenchantment, and no slouch at writing well-crafted animated comedy. That being said Rowe is set to direct the upcoming Seth Rogen and Evan Goldberg producer Teenage Mutant Ninja Turtles movie, which I cannot express enough how much more excited I am for that project knowing it is in Rowe’s hands.

The Mitchells vs The Machines does not necessarily craft the most unique premise for a coming-of-age film. It places socially awkward outcast teen, Katie Mitchell (Abbi Jacobson), against her stubborn equally uncool father, Rick Mitchell (Danny McBride), as their family embarks on a trip across the country to get Katie to university. It is the exact type of relationship that you would expect from this particular trope. They are constantly at odds with each other, but can’t figure out how to show emotions, and they are equally incapable of talking about their issues.

There is nothing new there. That being said, the film throws in a robot uprising mixed with a wide-scale human abduction, for good measure, and voila, cinematic gold. The Mitchells vs. The Machines reminds me a lot of Shaun of the Dead, in that it takes two overplayed ideas and mashes them together to make something that feels new and fresh enough to be exciting and interesting.

One of the greatest parts of The Mitchells vs The Machines is the use of animation, similar to Spider-Verse, The Mitchells crafts a unique form of animation that has yet to be seen. It is so unique and innovative that it breathes new life into computer-animated films. It is also a celebration of our current place in popular culture that it acts as a snapshot of what it means to live in our world.

This film acknowledges memes and internet culture in a way that few films have yet to do. The only other film that really tackles these ideas in a similar way would be Ralph Breaks the Internet, though it does so to less of a degree, and aimed at a younger audience.

The Mitchells vs The Machines boasts a tremendous voice cast, including Abbi Jacobson, Danny McBride, Maya Rudolph, Eric Andre, Olivia Coleman, Fred Armisen, and Beck Bennett. All of whom have spent considerable time as voice actors, and bring their talents in full force in this movie.

Oftentimes we find ourselves stuck listening to “famous” actors, who are seemingly filling in animated roles, rather than embodying them, bringing little life to the characters. This is not true of The Mitchells. My only complaint is co-director Michael Rianda’s portrayal of Aaron Mitchell, an adult man voicing a small boy. This isn’t overly problematic, but it does stand out as a bit odd, considering the rest of the casting is so spot on.

To say that The Mitchells vs The Machines is a perfect film is not necessarily the truth, as it is not without its flaws and predictability. That being said, there is much in this film that works for both children and adults alike. It is hard to find another animated film that knocks it out of the park the way that The Mitchells does. As Disney moves its way into making more and more films that tug at our heartstrings, with the goal of leaving us in tears by the credits, it is great to see Sony making films that are focused purely on fun and enjoyment for the entire family.