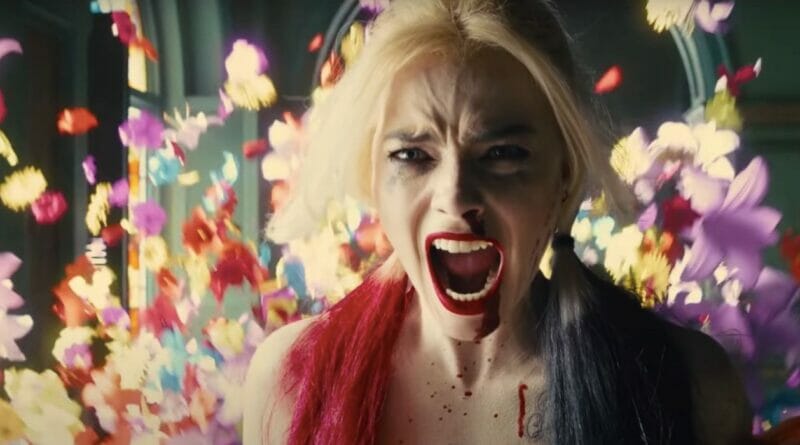 The Suicide Squad Review: An Exciting Joyride That’ll Have You Dying for More


The Suicide Squad, in many ways, acts as a restart for a few different things. Not only is it Warner Bros’s second attempt at telling the story of the famous DC Comics team after the critical flop that was 2016’s Suicide Squad, but it is also James Gunn’s return to superhero films after his brief firing and reinstatement from Disney back in 2018. Both of these factors led to a lot of expectations coming with this film. With the DCEU’s polarizing output throughout its duration, fans and critics alike were looking forward to seeing what James Gunn could do for the celebrated team of expendable villains with his storied portfolio of superhero films.

Luckily, Gunn’s switch from Marvel to DC has not taken away any of his expertise when it comes to crafting movie spectacles. With some of the best visuals in the DCEU, strong performances from all of the film’s vast ensemble cast, and a tight script filled with the right amount of character development, intense action, and comedy, The Suicide Squad is a strong return to form for DC’s live-action universe, telling a story worthy of its chaotic team with a mission that is more than worth watching.

The Suicide Squad maintains the same formula for the group as its source material; in this case, Task Force X has been assigned the mission of infiltrating the newly military-ran Corto Maltese, with the goal of destroying a Nazi-era lab known as Jotunheim, where it is said that an extraterrestrial monster is being housed and experimented on. With a team consisting of Bloodspot, Harley Quinn, King Shark, and more, it is up to these ne’er-do-wells to stop a potential uprising from the Corto Maltese military. All while their numbers dwindle one by one.

To a moviegoer that knows nothing about The Suicide Squad story, the first thing that will stick out to them is the giant ensemble that makes up the film’s cast. Big names like Idris Elba, Margot Robbie, John Cena, and Viola Davis are just some of the many actors that make up the group we follow throughout The Suicide Squad’s runtime. While in theory, this can be an incredibly overwhelming thing, the cast is used as expertly as possible in practice. Every character gets screentime appropriate to how fleshed out they need to be, and no matter how long (or short) a Suicide Squad member is on screen for, it will not be easy to forget them.

Part of this is due to strong performances across the board. All of the characters share their own memorable and unique identities, from Idris Elba’s gruff and sarcastic Bloodsport to Sylvester Stallone’s aloof yet endearing King Shark, and everyone else in between. No two people in this film are the same, and it is easy for you to find a favorite member of Task Force X and hope they make it to the end.

Every character gets an optimal amount of time dedicated to explaining their situations, making them all feel alive, which is impressive considering how many new characters we meet here. Yet in the end, you will care for mostly everybody in the film, which must be commended. If a film can make me actively cheer for someone named Polka Dot Man, then it must be doing something right. This is also fueled by Gunn’s writing, which is some of the most impressive work in the DCEU. The plot is tried and true, but the events within it are spectacular and definitely worth watching. Equal parts comedy and drama, the film is full of great moments, whether it be ones where jokes land in spades or in quieter moments where characters deliver their backstories. Neither aspect of the film outwears its welcome and is balanced well, with the film’s pacing feeling brisk yet not fleeting.

Topping it all off is Gunn proving that he is just as good at directing as he is with writing; that is to say, the film is one of the most gorgeous comic book movies I’ve seen in years. James Gunn has always had charm in his superhero films: lots of colors, a killer soundtrack full of throwback songs, and plenty of large-scale action setpieces.

These return for The Suicide Squad, and luckily Gunn’s chaotic style fits in perfectly with Task Force X. The film has plenty of styles that makes it stand out from other superhero movies but without the cost of its substance, which is something its predecessor fell victim to. Nearly every shot in the film is a sight to behold, and there are a handful of scenes that I would love to have as wallpaper on my phone.

Moreover, there is so much color within the film that at times it feels like you’re in a live painting, which is a breath of fresh air compared to the darker looks of other DCEU films. It is also clear that James Gunn ran with the film’s R rating, as there is plenty of gore to match the darkly comedic tone of the script. With the theme of a high body count constantly hanging over the movie, it only makes sense to further the impact of these deaths by making them as bloody or unconventional as possible. These moments, along with everything else, lead to The Suicide Squad being just as fun visually as it is with everything else.

READ MORE: The Suicide Squad: Who Lives and Who Dies? [SPOILERS]

The Suicide Squad is just the shot in the arm both the DCEU and James Gunn needed. With some of DC’s stightest comedy and character work to date and a great deal of beauty to go with it, this film revitalized my interest in the DC live-action films and will definitely do the same for you. The Suicide Squad’s numbers may be picked off throughout the film’s runtime, but The Suicide Squad as a film blossoms into a powerhouse that will have you laughing and glued to your seat, all while hoping it never ends.