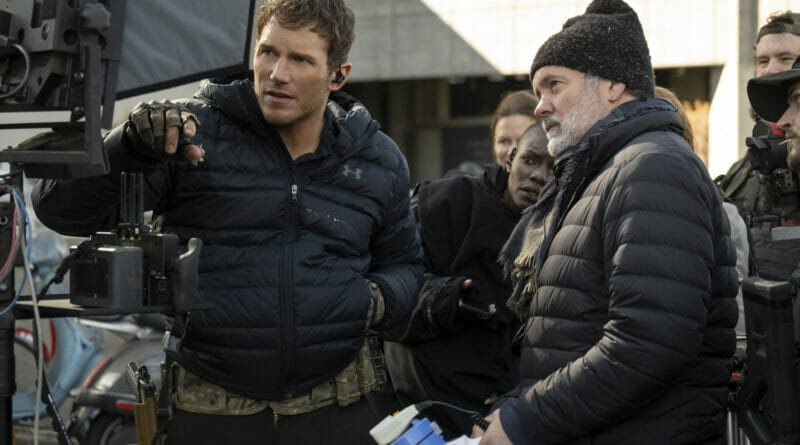 
The Lego Movie star Chris Pratt and The Lego Batman Movie director Chris McKay reunite once again for The Tomorrow War. While the duo has worked together prior to working together on this film. The Tomorrow War is a totally new venture for the duo since they’ve only worked together on the animated film medium, but this new film brings them to the live-action, sci-fi medium for an all-new time-traveling thriller. During a virtual press junket for the film, Chris Pratt, who’s also an executive producer on this film talked about reuniting with Chris McKay and how their work on this film totally differed from their previous ventures together.

Well, I love it. I’m so pumped, and I’ll say, we talked about it earlier, I’ve heard this rule and I like it that when you give a dog medicine, you wrap it up in some hamburger so that they can eat the hamburger and they don’t know they’re eating the medicine. I think it’s important to do that. Just when you’re talking to the dog, you don’t say, “Hey, it’s time for your medicine,” you say, “Hey, it’s time for your hamburger.”

Any medicine that’s in this movie, it’s going to taste like a hamburger. You know what I mean? Don’t worry about it. It’s like a great entertaining, vibrant, exciting blockbuster movie. There might be a little takeaway of it, but mostly it’s fun and exciting, and make sure you turn off your phone when you watch it. It’ll be just like being in a movie theatre.

To the point of working with McKay, I’ve been able to work with him before, it’s so awesome to see this is like — He’s been making films for years, and this is a big live-action movie, it was a massive step for him and for me coming on as a producer. I had so much to learn. I was grateful to be surrounded by really smart people. I was grateful to be working with Chris. He’s the kind of guy that is open to collaboration but also has a very clear vision. This is 100% his baby. I’ve worked with people who have transitioned from a writer into a director.

Chris had cut his teeth mostly in the post-production process, if I’m correct, and then is working in being a director of animation and then a director of live-action. I think the best directors come from that side because you know what you need to give yourself in the room. He gave himself a lot of amazing options for the edit. He’s got this thing, this personality, a great knowledge of film, but also just a really vibrant personality, an exciting aura about him when he’s on set. It’s really contagious.

It was like, “Yes, that’s right.” There’s an excitement and an enthusiasm for the craft that he has. It’s his life, man. You could see it. I’m just excited to see what he does next. I hope I’m a part of it because it’s going to be — After this movie, I really think the world is completely his oyster. He can do whatever he wants. He shows that he can handle a massive budget, get it done on time under budget, and deliver a great movie. He’s going to have his pick of jobs that he’s going to want to do. That’s really cool.

Pratt and McKay have nothing but the utmost respect and praise for one another and The Tomorrow War shows just how much the duo loves working with each other; whether it’s in animation or live-action.

The Tomorrow War is streaming now on Amazon Prime Video.