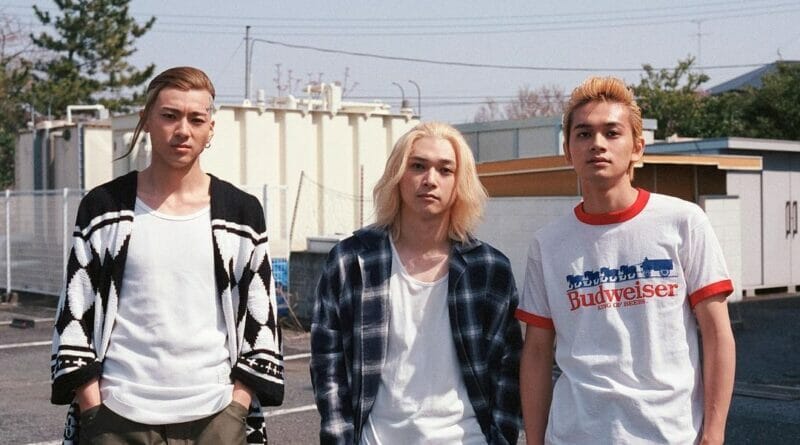 Fantasia 2021: Tokyo Revengers Live-Action Film Is A Damn Near Perfect Adaptation of the Source Material


The Tokyo Revengers live-action film lives up to all expectations, despite its minor hiccups, the film delivers and stays true to the source material

Tokyo Revengers without a doubt is one of the biggest anime series to release this year. Rightfully earning the hype it has generated throughout its first cour and now well into its second. But when it comes to live-action adaptations of manga and anime, the sole idea of that can make any manga reader or anime viewer groan with distaste. They aren’t entirely wrong, but the art as with anything else is totally subjective. That’s the beauty of it all.

When it comes to the live-action adaptation of Tokyo Revengers, the film perfectly captures the essence of the source material, its characters, and their respective character designs. Paired with captivating performances from their lead stars like Takumi Kitamura, Yuki Yamada, Yosuke Sugino, Ryō Yoshizawa, and Mio Imada. Tokyo Revengers has the remedy to make it a stellar standout amongst other live-action manga/anime adaptations. Tokyo Revengers is directed by Tsutomu Hanabusa, with scripts by Izumi Takahashi, and music by Yutaka Yamada and adapts the story of the same name which is written and illustrated by mangaka Ken Wakui. Just like its manga and anime counterparts, Tokyo Revengers follows Takemichi Hanagaki (Takumi Kitamura), a 27-year-old loser who just found out his one and only girlfriend Hinata Tachibana (Mio Imada) has been murdered by the Tokyo Manji Gang or Toman for short. Takemichi is then pushed in front of an oncoming subway but instead of dying, he is transported 10 years into the past.

Reliving his middle school years, Takemichi informs Hinata’s younger brother Naoto (Yosuke Sugino) that Hinata will die in exactly 10 years and he needs to prevent that from happening. After shaking hands with Naoto, Takemichi is then transported back to the present time where he meets a much older Naoto who is not a detective. Despite Takemichi’s interaction with Naoto in the past, Naoto was not able to change the course of history and prevent his sister from dying. Deducing that their handshake is what allows Takemichi to travel back and forth in time, Naoto and Takemichi set their minds on preventing the death of Hinata Tachibana.

What makes Tokyo Revengers such a good live-action adaptation is how the film remains true to the source material. Not just by captivating the essence of gang wars, but also by capturing all the emotional beats that push the narrative forward. Each and every actor reigns true to their source material counterpart and while this film and story delve into time travel and the paradoxes that come with it, it refrains from veering off and jumping into the wacky, cartoony, aspects we’ve seen from other stories based in time travel. One of the things that worried me the most about this film before watching it was whether or not the film would capture the essence of the characters we’ve all come to love and grow with. Characters like Takemichi Hanagaki (Takumi Kitamura), Naoto (Yosuke Sugino), Manjiro Sano (Ryō Yoshizawa), and Drakken (Yuki Yamada), all of their respective actors truly captivate and embody who these characters are, what makes them tick. While Tekemichi is now as much of a crybaby as he is in the manga or the anime, Takumi Kitamura still finds a way to present Takemichi’s best traits without feeling like such a helpless loser.

Tsutomu Hanabusa also does a great job at captivating the criminal underworld of this universe and how relentless and unmerciful it can be. Whether it’s someone being nearly run over with a car, or Takemichi taking a beating, or the Tokyo Manji Gang holding a meeting, you feel like the world is alive and you feel immersed in not just this universe but the story as well.

My only real gripe with the film, although understandable, was the creative choices with certain parts of the story’s plot. There were certain contextual plot points that were removed for the sake of the film’s runtime. As I mentioned, I understand why it was done, especially with the film clocking in at nearly two hours with less than 10 minutes worth of credits. I still feel like those plot points were needed to give that little extra bit of context to the viewer, especially if they’re coming in blindly. Additionally, certain characters were moved around in place of others or omitted for the sake of giving a different perspective of the scene. One being keeping Osanai alive or rather in the picture rather than removing him from the picture to bring in Shuji Hamna and Valhalla into the picture and planting the seeds for the inner turmoil within Toman as we see in the anime. Despite that, Tokyo Revengers still manages to deliver the same emotional effects the story required it to deliver.