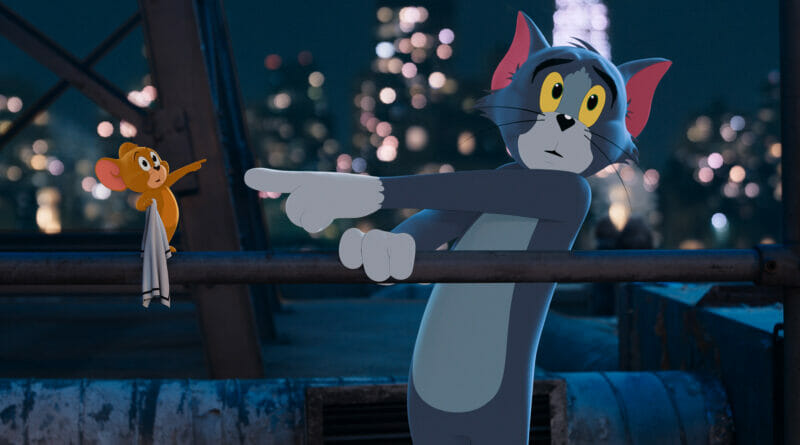 Tom and Jerry Review: A Waterthin Plot Which Works In Bits and Parts

A beloved cartoon series that existed before most of us were born and will likely exist around long after our departure is the one and only Tom and Jerry show. When the trailer for Tom and Jerry dropped three months ago, there were some major questions about why the makers haven’t gone with a complete animated film and instead opted for an animated/hybrid approach like Space Jam. After watching Tom and Jerry we clearly understand why and it doesn’t go down well with the choices and the plot they came up with.

Kayla (Chloe Grace Moretz) is like all other boring humans and is on the lookout for a job and used someone else’s resume to land herself a job at New York’s Royal Gate Hotel; where Terence (Michael Peña) plays the supervisor who is always suspicious about Kayla. Unfortunately, his character is given the most unfunny lines in the movie and we can clearly feel Peña trying to give his best.

“Don’t you dare mess this up this is a once-in-a-lifetime chance “ is what basically sums up the entirety of this plot with our beloved Frenemies taking centerstage. Even though this plot has been seen countless times, it’s still watchable with Tom and Jerry running around and causing destruction to anything and everything in the vicinity. The excitement of watching two of our beloved characters completely wears out as the movie progresses and the only thing that stays with us more prominently in the small pop culture references that are scattered and strategically placed throughout the duration of the film.

There are references to The Batman; Hannibal Lecter and The Dalmations, and we get to see some very familiar characters like Butch and Spike as well. The movie has some amazing supporting casting members as well. Including Ken Jeong playing a chef in the hotel and Colin Jost and Pallavi Sharda as the couple that is having their big wedding at the hotel, the cast is ready to give their best output possible and clearly, the way too similar tropes and writing is the biggest let down for the cast involved and the viewers watching.

The setup of the film is familiar and many of us would have expected at least the humor to work but the slapstick used in this film is a rehash of what we have already seen in the Tom and Jerry series. Even many of us wouldn’t have wanted our beloved Tom and Jerry to join the list of films that should have been short or should have never been made. While most of the studios are remarking their famous films or turning them into live-action adaptation or animation, this movie simply comes off as an attempt to cash grab that is entirely relying on Nostalgia.

Tom and Jerry movie is available to stream now on HBO MAX and is currently playing in select theatres.