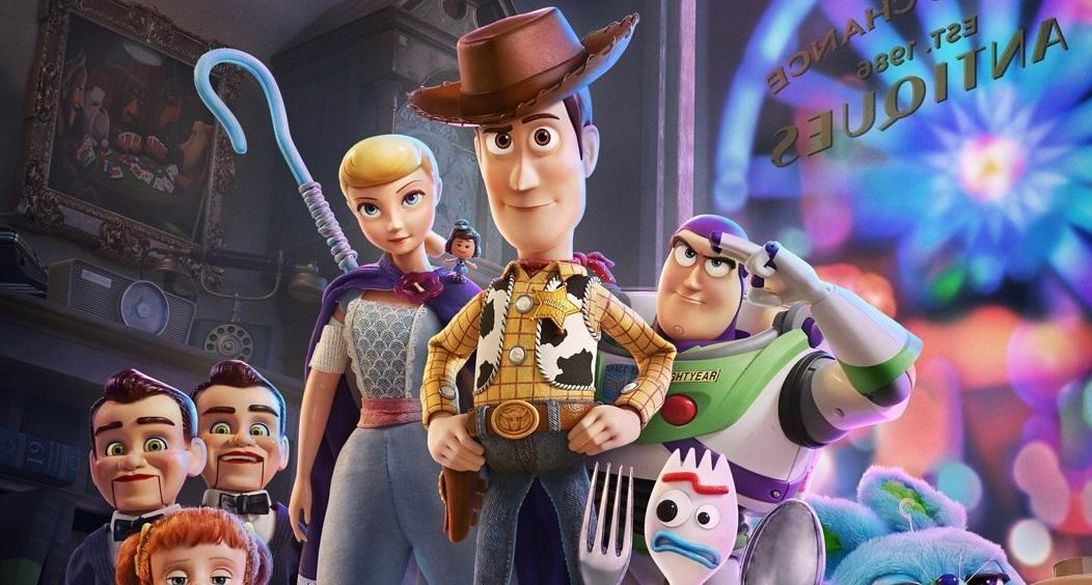 TOY STORY 4 REVIEW: YOU’VE STILL GOT A FRIEND IN ME 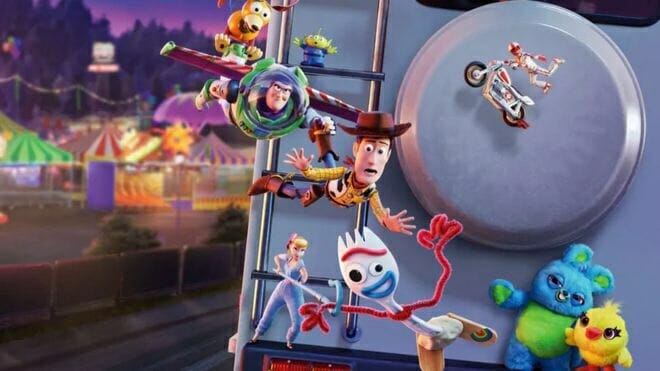 The saying goes “if it’s not broke, don’t fix it”. We all thought that Toy Story 3 was the perfect ending to our beloved favorite toys story (see what I did there). Though it may have been the best way to say bye to Woody, Buzz and friends, It turns out that you can actually bring back that nostalgia feeling to the old fans while still reintroducing new fans to this phenomenal franchise and still end up with a beautiful story for everyone to enjoy.

Toy Story 4 brings all your favorite characters back from Woody (Tom Hanks), Buzz (Tim Allen), Jessie (Joan Cusack) all the way to Mr. Potato head who was voiced by the late great (Don Rickles). It also introduces us to new characters like Forky (Tony Hale), Ducky & Bunny (Key & Peele) and Duke Caboom who was voiced by the legendary (Keanu Reeves). 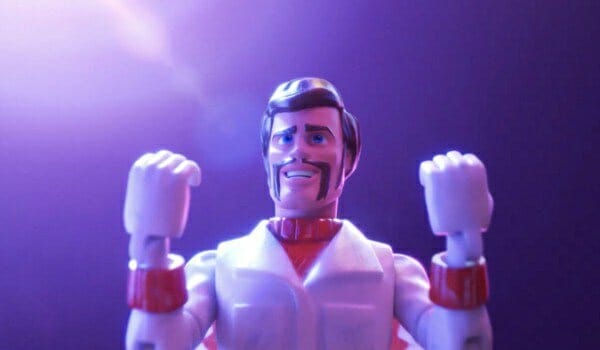 Aside from having all the nostalgic feels that a movie of this caliber is supposed to have, it was also surprisingly hilarious. It’s the perfect movie for kids, adults and pretty much anyone with a heart and sense of humor. The movie picks up 9 years in the past somewhere between part 2 and 3 where Bo Peep is being given away due to Andy’s sister molly outgrowing her and Woody and the gang have to say bye to one of their own but Woody being the one takes it the hardest. Fast forward to where Andy is now all grown up and giving Woody away to Bonnie who we saw at the end of Part 3. 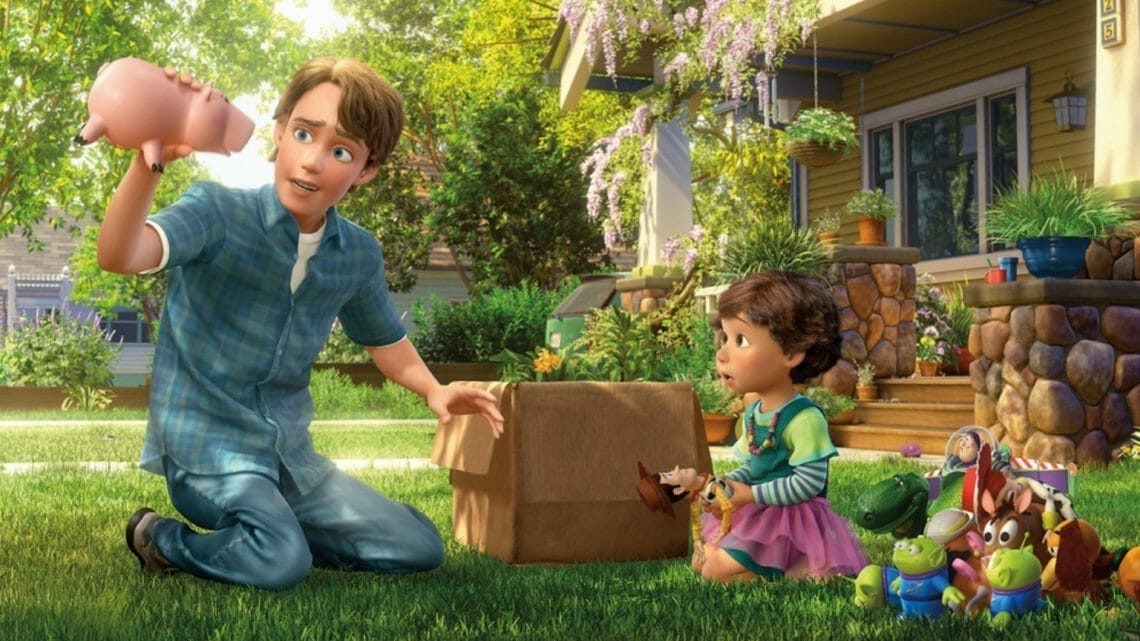 Nowt that we’re all caught up, it’s present time and ironically Woody has now become the “old toy” that Bonnie is getting a little bored of playing with because she likes Jessie better. She even goes as far as removing Woody’s sheriff badge and placing it on Jessie. Woody is having a hard time dealing with the fact that maybe his time is running out and sooner or later he’ll be given away and be considered a “lost toy” with no kid which is his worst nightmare. Bonnie on the other hand is dealing with the nerves that come with a kids first day of Kindergarten and even though she begs her parents to let her take a toy with her, they tell her no. This pushes Woody to go against orders and throw himself in Bonnie’s bookbag to help her get through her first day which he ultimately ends up doing but not before Bonnie creates Forky. A plastic toy fork who thinks his only purpose is to just be trash. 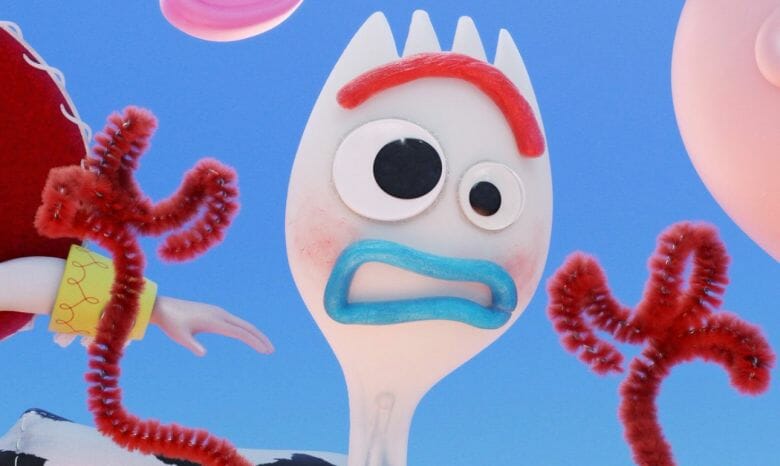 It wouldn’t be a Toy Story movie if there wasn’t some sort of mission and this movie is no different. After the family goes on a road trip to celebrate Bonnie’s first day, Forky ends up getting lost after throwing himself out the RV. Woody being classic Woody goes after him which sparks a chain of events that lands him and Forky at an antique store where they meet Gabby Gabby, an old doll who’s voice box is broken and has never been played with so she spends all her time locked away but once she realizes hat she can take Woodys voice box, she begins to orchestrate a plan to obtain it. 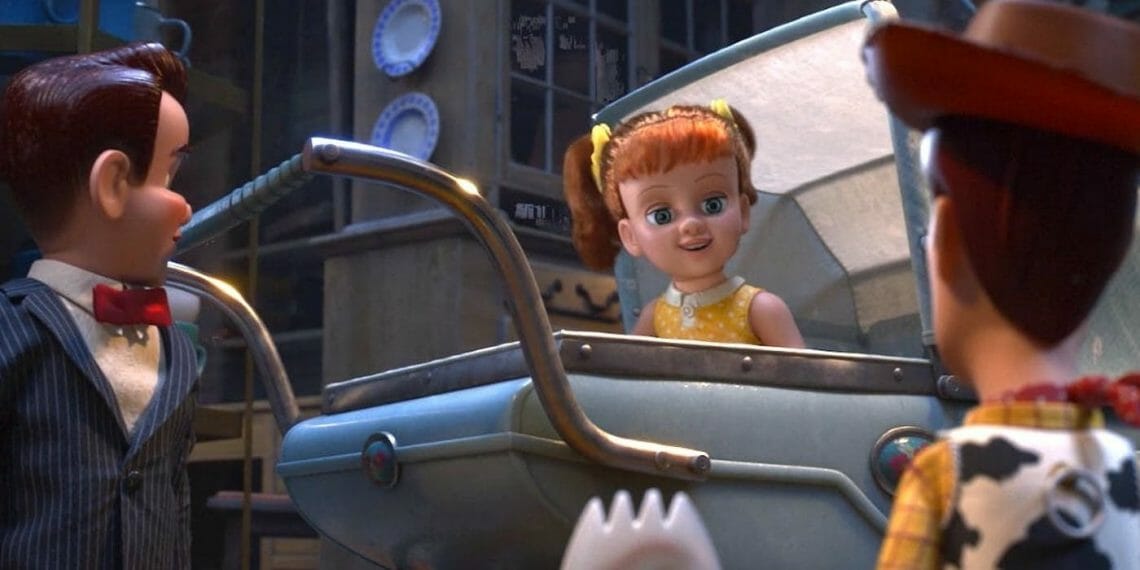 Even after sacrificing his own voice box to Gabby just to get Forky back to Bonnie, Woody would eventually save the day and avoid becoming cat food with the help of the returning Bo Peep, his best friend Buzz Lightyear, the dynamic and hilarious duo of Ducky and Bunny and of course Canada’s greatest stuntman, Duke Caboom who in my opinion had some of the best one liners in the whole film and arguably the greatest stunt jump ever executed by a toy. Despite Gabby Gabby kidnapping Forky and preventing Woody from leaving at one point, Woody would find it in his heart to save Gabby Gabby and find her a new kid after she was initially rejected by the kid that she had always wanted to be with. Meanwhile back at the rest stop not to far off from the antique store, the rest of the gang led by Jessie were able to stall Bonnie and her parents long enough for Woody to get back to the RV on time with Forky.

Now if you thought Toy Story 3 had an emotional tear jerking ending then Toy Story 4 takes it a step further. Having the RV ready to go, Woody is suddenly saddened to have to say bye to Bo Peep just like he was at the beginning of the film. Woody is torn between returning to Bonnie and his longtime friends or sticking around with Bo Peep and living a new life in a world that he never thought he’d find himself in filled with endless adventures. It wasn’t until his best friend Buzz reassures him that Bonnie and everyone will be just fine and maybe it’s time for this cowboy to ride off into the sunset. Probably the most emotional scene in the movie was the hug goodbye between Woody and Buzz (who’s cutting onions?!). The gang finally hop in the RV with Bonnie while they look back and wave goodbye at their friend who showed that sometimes you have to be lost to find yourself again.

All in all this movie did what it had to do and it made you fall in love with these characters all over again. It recaptured the magic that was introduced more than 20 years ago while still trying new things and keeping it fresh for all audiences no matter what age. If this is the final chapter in the Toy Story franchise then it was truly the perfect ending to a franchise that will live on to infinity…and beyond.

Toy Story 4 is in theaters now.