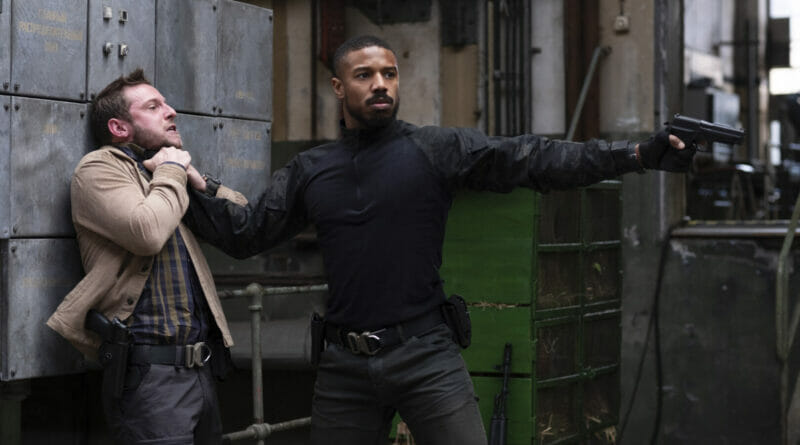 Without Remorse: The Best Dad-Movie of the Year So Far

What is it about action flicks with subpar plots and badass Hollywood hunks that get Dads racing to the theaters? Or in this case, Amazon Prime on their Roku Tv. Whenever it’s Dads’ turn to pick a movie, it’s always a hand dip into the same bag. Mission impossible, Bourne Identity, John Wick, etc. Doesn’t matter if we’ve seen it already, whatever he pulls, we’re watching it. And of course, there are exceptions, but Without Remorse hasn’t exactly cleared that hurdle. Would I revisit this film? No. That’s not to say I wasn’t entertained. I loved the action and the stylistic vision of director Stefano Sollima. However, the script gave way to below elementary dialogue and terrible pacing.

There’s a constant in every Tom Clancy adaptation film. We start the film with a plot that keeps unraveling and growing more complex with each scene. Just as we start to understand everything and once the storyline climaxes, we are left with like 10 minutes of the film to wrap up. This includes defeating the villain, concluding the main character’s story, tying any loose ends, etc. Without Remorse is the biggest offender of this crime. Sollima did his best to wrap up but couldn’t save the film from a wonky ending.

This script couldn’t have been more formulaic and basic. You had hollow plot twists and reveals that took you out of the movie. And it’s truly a bummer because you had these well-crafted action sequences and stunt choreography that were wasted on a basic, older-than-time narrative. It doesn’t hold your hand through the story and not in the good up-to-your-own-interpretation way.

It literally moved too fast and said so little that you didn’t have a tight enough grip to follow. There were many times where I was invested in these bombastic action scenes. Namely, the underwater scenes. Those tend to get overdrawn and biteless, but the stakes felt so high and it was exceptionally shot. It was truly a marvel to watch. The film had the visuals of the new Mission Impossibles and the story of Jason Bourne (2016). That should say a lot about this film.

Every first viewing, I take brief notes about the film. They’re usually filled with important points or jokes I make along the way. I’ve dedicated at least 16 comments to the dialogue. All of them are overwhelmingly negative. Another failure of the script I hoped wouldn’t be a problem. Just corny lines everywhere. The usual melodramatic, “I’ll distract them; I’m not leaving you.” was thrown around a lot, just to give you a taste.

Just like the director, most of the actors made do with the script they were given. Michael B. Jordan did what he does best: lead with the most human elements of any character in the film. Though his character didn’t ring all of the bells on realistic human reaction and instinct, Jordan had the chops to keep the film afloat. He had ample time to show off his ability as an action star, but he took advantage of every scene of empathy and emotion.

He was a commanding presence that was a joy to watch. Jodie Turner-Smith was another performance that felt genuine but wasn’t given much time in the sun. She was denied any depth and was left with the more corny lines. She held her own in the action sequences and I wished she had more time to expand her character. One annoyance that I feel the need to complain about is Coleman Domingo’s appearance.

Truly one of the more versatile performers in recent years. I put all my money in Coleman Domingo stock when Fear the Walking Dead premiered, and I must say, I’ve been making a steady and full return on that money. But come on guys, you gave him the pastor role? The one that had 13 seconds of screentime? Come on people.

Though I couldn’t exactly tell you why it’s called Without Remorse, I have to say, I enjoyed this film a bit more than I let on. Michael B. Jordan fit perfectly into Stefano Sollima’s fast-paced direction. The end result was an enjoyable but also deeply flawed action flick. Fun, yet untrue, fact: I watched this film 10 times with 10 different dads and the consensus is unanimous. Every Dad chose to watch Without Remorse and fell asleep halfway through. Don’t worry they said they “liked the parts that I did watch.”