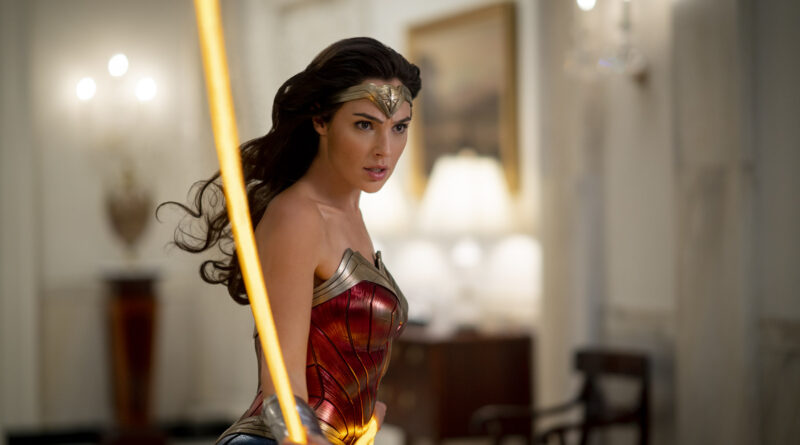 
Wonder Woman 1984 Delivers A Colorful 80’s Epic Story That’s Deep-seated In Emotion and Although Epic and Heartfelt, The Film Has A Number of Problems.

***WARNING THIS POST WILL CONTAIN MILD SPOILERS FOR WONDER WOMAN 1984***

The time has finally come and we have finally gotten our hands on Wonder Woman 1984. After being hit with an overabundance of delays mostly due to the coronavirus pandemic. Warner Bros. has decided that it was best to get this film into the hands of fans all around the world. Long story short it felt good to finally watch one of the highly anticipated blockbusters of 2020 even if it was from the comfort of our own homes.

Wonder Woman 1984 puts Diana dead smack in the middle of the colorful ’80s and mainly focuses on her and her daily heroics until she meets and befriends Dr. Barbara Minerva who has just been hired at the Smithsonian Museum Diana is currently working at. It’s a change of pace compared to what we’ve seen Diana do in her first solo outing, Batman v. Superman: Dawn of Justice, or the theatrical cut of Justice League.

But no matter where you place her in the world, Wonder Woman is delivering justice. Whether it’s saving a jogger who’s about to get hit by a car, or stopping a group of jewel thieves who almost turn a subtle crime into a deadly hostage situation. Wonder Woman saves the day with grace, beauty, and a heavy dose of inspiration, that is sure to inspire both women and young girls alike.

Something that is prevalent in the opening scene of the film when a young Diana competes in a triathlon against her fellow adult Amazonians. Although Diana comes up short, it is planted early on in the film that true heroes aren’t born from lies but are rather born from truth and holding all that is true in high regard as it is what will set you free.

The underlying themes of truth versus lies are heavy in this film. Often throughout the film, we are shown how these characters face their personal truths and their personal lies. This starts when a citrine stone known as the Dreamstone is brought into the Smithsonian Museum in order for Dr. Barbara Minerva to investigate. In the midst of this study, Diana accidentally wishes her late boyfriend Steve Trevor back to life. The Dreamstone grants one wish to anyone who touches the stone but at a deadly cost and in this case, Diana’s price to pay for this wish is almost deadly as she slowly starts to lose her powers.

Barbara Minerva who for the most part of the film has looked up to Diana and ultimately desires to be all that she is (even though she doesn’t know that she is Wonder Woman) once she gets her hands on the stone she wishes to be just that. To be just as beautiful, sexy, and strong as Diana. Just like Diana, she gets to grant her wish but also at a cost. Although the cost is not as deadly as Diana’s, I digress.

The film features a number of villains and two of them have been at the forefront of the film’s marketing. We know that Barbara becomes Cheetah, that was no surprise. We also know that Maxwell Lord, played by Pedro Pascal was also a central villain of the film but the hidden villainous figure has been right in front of our faces the entire time, in the form of the Dreamstone, the God of Lies uses this stone to dismantle and destroy civilizations and has been the cause of a lot of destruction over the course of history.

Maxwell Lord who’s been in search of the Dreamstone gets his hands on the stone and wishes to become one with the Dreamstone. Getting what he wishes for, Lord bites off more than he can chew and at an even deadlier cost. Ultimately throwing the entirety of the world into utter chaos. It’s almost too reminiscent of the world today and the chaos it has become due to the ongoing pandemic.

As we progress throughout the film we are gifted with Patty Jenkins’ masterful direction in action sequences. While some sequences shine more than others, one, in particular, is one seen in the trailers where Diana is fighting off tanks in the middle of the Egyptian desert alongside Steve Trevor. While initially great, the sequence becomes flimsy overall and this is due to some less than believable CGI and contradictory use of the Lasso of Truth which Wonder Woman has to use in order to save two children from being crushed by the oncoming tanks.

This is a critique I’ve seen heavily on social media and while my personal sentiments aren’t as critical as the others I’ve seen, this specific moment where the lasso comes into play is a bit weird and unexplained, given how we see Wonder Woman using the lasso for much greater feats like flying and riding the lightning to swing across the sky, amongst other things she does throughout the film.

And yes, Wonder Woman does learn how to fly and I know many people were questioning whether or not we see the invisible jet in the film, we do, but not in the traditional sense. We also get a touching moment between Diana and Steve during this scene which comes into play with her finally learning how to fly.

Backtracking a bit, after her first encounter with a new sexy and fierce Barbara. She ultimately defeats Wonder Woman, and that’s mostly due to her loss of powers that up to this point have left her severely weakened. Learning the truth behind the Dreamstone, Wonder Woman tries to persuade Barbara into relinquishing her wish in order to not become what she’s now become.

Realizing what she now must do in order to stop Maxwell Lord, Diana makes one last painful decision. Chris Pine and Gal Gadot deliver an exceptional emotional scene and ultimately shows and dives deeper into the theme of the film that was planted early on. Heroes aren’t born from lies, they are born from truth and the truth will always be the truth, and that the truth will set you free.

The truth is what ultimately sets Diana free and enables her to accept and let go of what she was holding onto for all these years. The loss of Steve Trevor became more of a vice to Diana and in many ways held her back from unlocking her full potential. We see this play out in Batman v. Superman: Dawn of Justice and we see it mildly in Justice League as Steve Trevor is still a touchy subject.

Once we get to the third act of the film, that’s where Wonder Woman 1984 suffers from the same issues that the first film suffered from. An underwhelming dark, blotchy, CGI filled ****-fest. As fierce as Cheetah was expected to be, she really isn’t. The Golden Eagle Armor doesn’t look as good in action as it does in still images or in the film’s official posters. And for all the hype behind Cheetah and the Golden Eagle Armor, we weren’t served enough of it. Ultimately what it boils down to is that we went from a colorful and fun film to a complete tonal shift that screams Snyder. And that’s all in the visual aspect.

Overall the film delivers what we wanted to deliver despite its minor hiccups. It’s truly an emotional story about truths and lies and what we as people would look like in a world in which we all got what we truly desired. Total and utter chaos to say the least. That’s even evident in a scene where a man wished his wife dropped dead….and she did. OUCH! All I will say is that she needs to reevaluate his place in her life because there were no signs of remorse there, but I digress.

Wonder Woman 1984 is a film I highly recommend everyone and encourage fans to check out on Christmas Day the moment it drops on HBO Max.