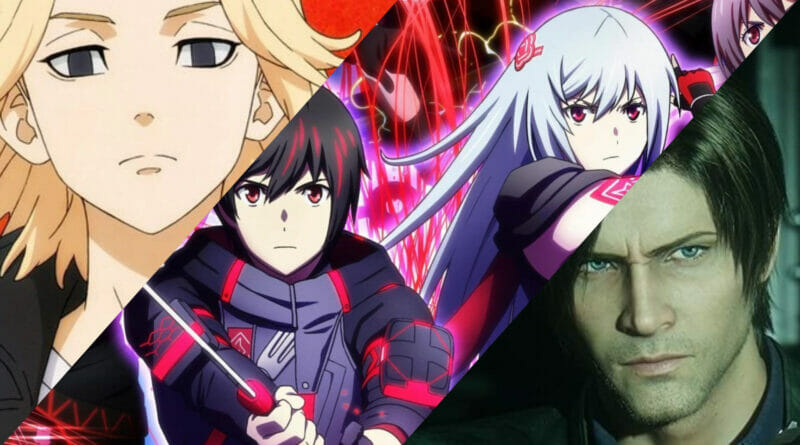 Sometimes it’s better to be late than never. In our case, this week’s episode of Anime in the Basement was released way behind schedule and for a multitude of reasons. However, we still wanted to provide you all with our initial feedback on “Scarlet Nexus”, “Tokyo Revengers”, and “Resident Evil: Infinite Darkness”. In this episode, we dive deep into “Resident Evil: Infinite Darkness” and how we, for the most part, enjoyed the series but still felt that it was a bit hollow; and how the format of how this story was presented was its biggest detriment.

We then move on to, “Scarlet Nexus” the anime adaptation of Bandai’s latest RPG. While we only touch on the first two episodes of the series, granted that’s all that was out at the time this episode was recorded. We discuss the lackluster feeling of the first two episodes and how it compares to its video game counterpart. Sadly not much about this anime series has been that exciting but we are looking forward to discussing more about this series and can only hope it improves with time.

We cap things off with a very brief discussion on “Tokyo Revengers” which has become a massive hit since its debut earlier this year. As newcomers to the anime series, we wanted to discuss our initial impressions of the series and what personal questions and theories we might have had based on what we have seen so far. Do not worry, we got more “Tokyo Revengers” coming your way and we cannot wait to fully dive into this series and talk about all of its amazing moments.

If you want to hear our full thoughts on the series give us a listen wherever you consume your favorite podcast shows. The Nerdy Basement Podcast feed is available on Spotify, Apple Podcasts, SoundCloud, Podbean, iHeart Radio, and more! To make things even simpler for you who have graced us with your presence on this page, check out the podcast for yourself down below.