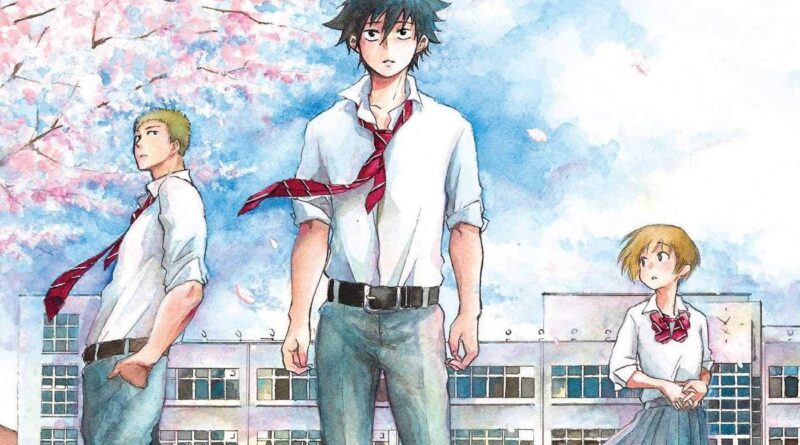 
Who’s Ready for Some Teenage Angst in Blue Flag Vol. 1?

Blue Flag by author KAITO navigates the murky waters of high school with just a touch more angst than most shoujo. Going from Horimiya to this was interesting because even though Horimiya takes a more realistic approach than most shoujo Blue Flag takes it up a notch. If you thought middle school Miyamura from Horimiya was angsty then wait until you get a load of Ichinose Taichi. Blue Flag centers around three characters all in the same third-year class. The popular Touma Mita, the shy Futaba Kuze, and the self-proclaimed outcast Ichinose Taichi.

Taichi and Touma are childhood friends and as a result, Taichi has developed an inferiority complex. He believes Touma’s a “different breed” than him because he fits into the popular crowd while Taichi doesn’t. His low self-esteem also doesn’t do him any favors. Taichi gets roped into giving advice to Futaba who has a crush on Toma despite Taichi clearly creating some distance between the two. There are some amazing moments in this volume. KAITO does a fantastic job using both a simple and a more realistic approach to the characters. It’s easy to see which panels were drawn with a lot of care.

The main conflict in this volume comes from Taichi’s, frankly, awful advice to Futaba that she should change herself to be liked by Touma. Futaba is such an earnest and sweet character that it’s hard seeing her take Taichi’s advice. But what really struck a chord was her desire to change. It didn’t seem like she wanted to change simply just for Touma, but to genuinely grow into a version of herself that she doesn’t dislike. This desire to become someone better is something that Taichi resonates with.

Taichi is not the most likable character, he’s kind of mean and critical because of his own lack of confidence. It’s a hard contrast compared to Futaba who acts as a foil. On top of this Touma is an overall stand-up guy, and you can tell that Taichi pushing him away has an effect on him. This was a really solid first volume.

You can see how all of the characters have so much room for growth. The volume ends with a wild cliffhanger. Masumi Itachi, Futaba’s aloof friend, reveals that she knows who Touma likes adding that “they are the same”. Touma’s reaction is so extreme it’s worrying, it’s the first time you as the reader see him get so angry. Usually, this isn’t something someone would get so upset over unless they really don’t want anyone to know.

My guess is that Touma is gay and has a crush on Taichi. Adding such a complex layer into the mix will definitely make for an interesting series. There needs to be more manga and anime that explore these LGBT+ topics in realistic and honest ways while doing the story and characters justice. It’s not all teen angst though; there are some lovely moments between the characters.

Watching Futaba try her hardest is so endearing, some of the characters were drawn in super cute ways, and there were some genuinely funny parts in the volume. Overall this is a great first volume for a manga that looks like it will have a thought of the heart and make the reader feel a whole range of emotions.