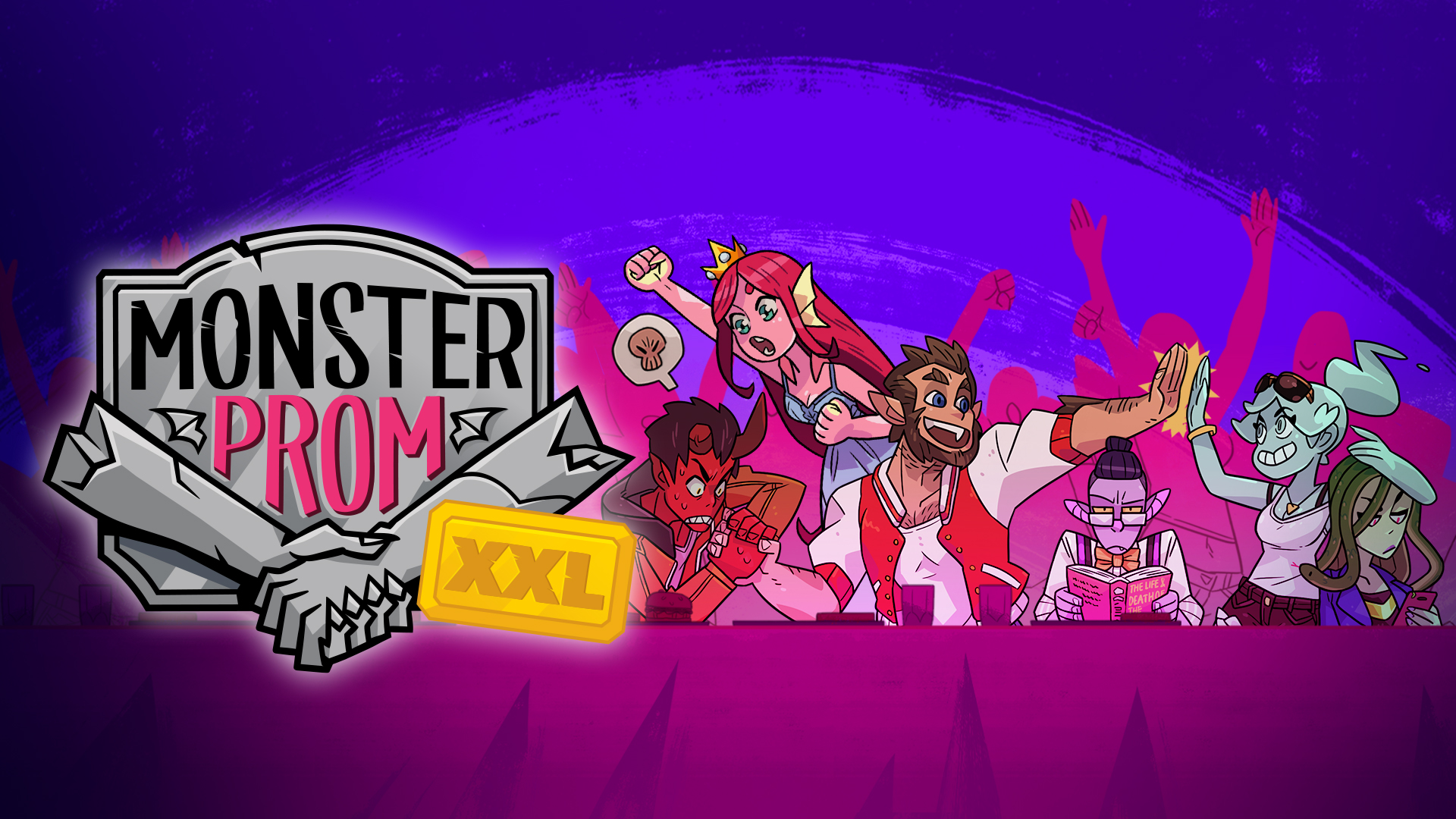 
The video game industry is chock full of games with hardcore cult followings. With its black humor, zany art style, and memorable characters, “Monster Prom” is a prime example of this, having danced its way into gamers’ hearts back in 2018.

The game’s fan base has been vocal in its support for the game, creating fan art, unofficial merchandise, and cosplay, among other things. This support led to a DLC expansion, “Monster Prom: Second Term,” in 2019, and when a Kickstarter was started to fund its sequel in 2020, it received over €535,000 on a goal of €32,230.

The community for “Monster Prom” has remained strong for two years, causing developer Beautiful Glitch to officially release a port to the Nintendo Switch on May 21st. This indie game has maintained its cult status for two years, and with this new port, it has the opportunity to extend its reach to a whole new community. With a lot of time put into it and testing out its capabilities,

I can safely say that despite issues with its design that could detract its longevity for some, the game maintains the same level of quality as its original platform and even improves in some ways, making this a brand new way to experience a whole new take on the prom.

Classifying itself as a “competitive dating sim,” the game takes place three weeks before Spooky High’s Monster Prom, tasking up to four players with persuading one of six (or eight in the DLC) of Spooky High’s most popular students to accompany them to prom. By increasing your own skills and getting close with the monster of your choice, you can go after (and occasionally fight for) whoever you want, with plenty of insane and astronomical antics awaiting you in the process!

The game feels like a mix between a board game and a visual novel in regards to its gameplay, with players taking turns deciding how to spend their turns in-game, whether it be traveling to different locations in Spooky High, sitting with certain classmates at lunchtime, or buying items from the game’s shop.

With most of these interactions come one of the hundreds of events programmed into the game, all of which have to do with helping your fellow classmates, whether it be figuring out how to punch the sun or to start a criminal empire.

In each scenario, you have two options as to how to proceed, both of which can succeed or fail depending on your stats. This simple approach to gameplay can make it fun to determine which option is the proper one to use in each playthrough, requiring a bit of skill and occasional luck in order to pick the best options. Anyone can pick up the game and quickly understand how it works, making it a game anyone can play regardless of how much gaming experience they have.

All of the game’s events are bolstered by incredible writing, creating an absurd world full of caricatures that one cannot help but fall in love with through all of the ridiculous paths that can be followed in the game. The game’s humor is similar to that of the FX show “It’s Always Sunny in Philadelphia,” in that despite most of the characters in this world being objectively horrible people, you cannot help but fall in love with them.

Players have a vast amount of ways they can spend time with these characters, since the game has 50 secret endings that exist outside of simply going to prom with your classmates. For those with completionist mindsets (or those who stumble upon them by accident), these can serve as methods to learn more about each character in the game and see them in brand-new ways, whether they be comedic, obscene, or even wholesome.

However, this can come at the cost of being repetitive, as some events are frequently repeated in different playthroughs. While these can allow for seeing different outcomes if one has the stats needed for said events, those who do not care for that level of completion might find these tedious and even monotonous.

These previous points I have made are in regards to what it is like playing the game alone. However, the game is at its best when one is playing with other people. As previously mentioned, “Monster Prom: XXL” can be played with up to four people, whether it be online or local play. In regards to the latter, local play allows for people to use one Joycon amongst all players or use their own, making room for people to play regardless of where or not they all have Switches.

One of the complaints made against the original “Monster Prom” was that it had a lack of reliable online support. Whenever I would play the game with people online, there would be various times where the game would drop midway through, disappointing myself and the people I would play with. Luckily, this is no longer an issue with XXL.

The servers never dropped for me whenever I played online multiplayer, making it easier to play the game. No longer did I have to worry about the game suddenly ending, cutting off any efforts I made towards achieving secret endings. The game became more fun in the process, allowing me to enjoy the world of “Monster Prom” and its inhabitants even more.

“Monster Prom: XXL” is the Switch port that fans wanted in the first place, making the wait one that was definitely worth it. With the better servers that allow for more reliable online play, the addicting (albeit somewhat repetitive) gameplay and stellar writing allow for the game to reach its fullest potential.

The game has a new chance at life, and if you love dark comedy and unconventional scenarios, “Monster Prom: XXL” is exactly what you’re looking for. Hopefully, this port will bring to light this great IP by a dedicated game company, and give some people the dream monster prom they always wanted.