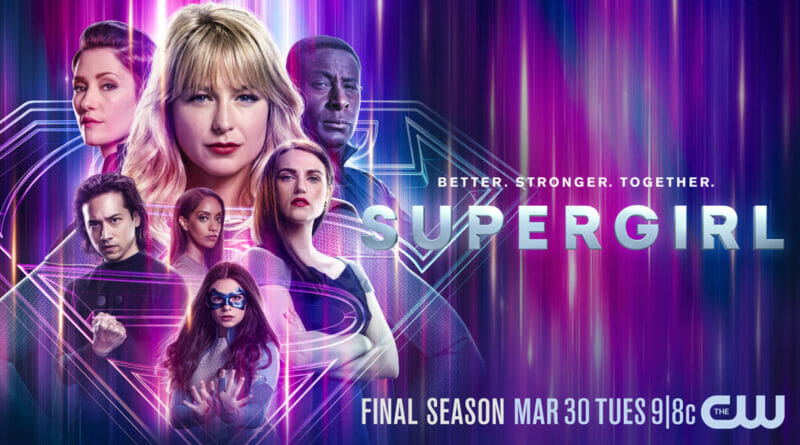 
Lex Luthor plots to be a God among all in Supergirl Season 6!

After a solid 5th season Supergirl struggled to get ahead of her foes at every turn. But Leviathan has been defeated, not without consequence though. After the team tirelessly fought a battle against godlike foes it was the combined treachery of Lex Luthor and Brainy that finally put an end to the Leviathan scheme to destroy the world. Yes, Brainiac 5 had the best of intentions in teaming up with Lex to end Leviathan but if you remember the season 5 finale that didn’t work out all according to plan.

This brings us to season 6, where we find Brainy slowly dying from the radiation trap on the Leviathan ship. Lex takes the shrunken Gods of Leviathan as he said was planned. Though things seemed bleak our heroes make it just in time to save him and defeat the final member of Leviathan that survived the shrinking process. And this tiny victory sets in motion the next grand scheme of the episode. Luthor looks to become the god Earth needs and destroy everyone who stands in his way.

There’s plenty of action and drama that follows. Supergirl continues to feel the situation completely slip out of control, while the rest of the team does their best to support her. It’s always great to see the supporting cast get a chance to shine during the episode. With Martian Manhunter and Miss Martian playing pivotal roles in the eventual success in stopping Lex, it’s just one aspect to the episode being able to make the threat more menacing and something that not even Supergirl can handle alone.

Now Lex’s plan has almost come to fruition but not before some last-minute revenge brings us to a final confrontation between him and Supergirl. John Cryer as Lex Luthor is honestly a huge delight. I enjoy his interpretation of the character so much, capable of portraying many different aspects of the character that we have yet to see in live-action. Personally, I didn’t think a Lex Luthor without a Superman would work but this hate and anger toward the Krytopian saviors is genuine and just adds so much value to the episode.

With plenty of twists and turns, the episode shapes out to be a good start to the final season. Alex has become a vigilante herself with the new alias Sentinel, Martian Manhunter has finally kindled a relationship with M’Gann, and Dreamer, Brainy is now on the mend. Lots of character arcs coming to a high point and while deciding on sending Kara to the Phantom Zone. It’s going to be these characters who will make the attempts to save our heroin.

We can only guess where the show runners will take Kara and friends in their final season. I for one am excited to see this shows design for the Phantom Zone and the trials Supergirl will endure to make her way back home. Im guessing a “guest” from the Phantom Zone will most likely make it back to the real world to give our hero some trouble.

Let us know what you thought of the debut and what you are hoping to see in upcoming episodes. As always Stay Nerdy my Friends!