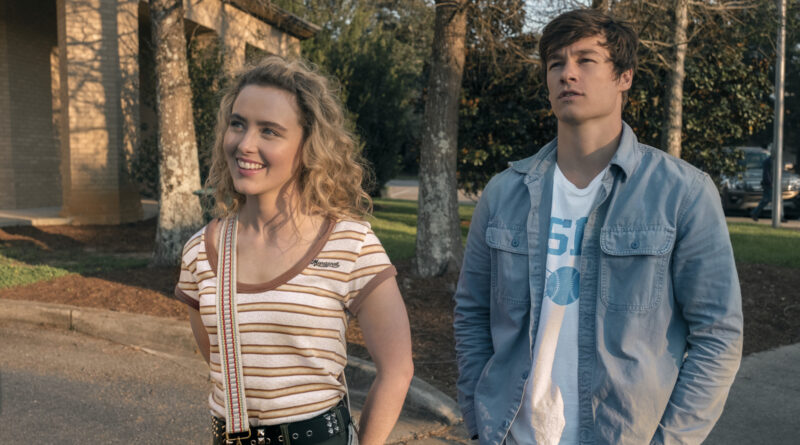 The Map of Tiny Perfect Things Review: A Memorable Joyride Worth Constantly Reliving


***WARNING: This Review Contains Spoilers For The Map of Tiny Perfect Things***

Films featuring time loops have been in the public consciousness for an incredibly long time. Groundhog Day popularized the concept in 1993, and Hollywood has only used the concept even more since that time, prime examples being 2011’s Source Code, 2014’s Edge of Tomorrow, and 2017’s Happy Death Day.

Amazon Studios has now thrown their hat into the ring thanks to Ian Samuels’s The Map of Tiny Perfect Things, releasing on Feb. 12. Starring Big Little Lies’ Kathryn Newton (Pokemon: Detective Pikachu, Freaky and the upcoming Ant-Man and The Wasp: Quantunmania) and American Horror Story‘s Kyle Allen (West Side Story), this film hopes to use this tried-and-true formula as a solid foundation in order to stand out among its time-traveling peers with attempts to be insightful and academic.

To my surprise, it not only manages to do this, but it also succeeds with flying colors. Combining a very charming pair of leads, great choreography, witty yet intellectual dialogue, solid pacing, and occasional moments of captivating visuals, The Map of Tiny Perfect Things is an engaging journey that I would be happy to experience all over again.

The film focuses on Mark (played by Kyle Allen), a high school student who has spent a large amount of (unspecified) time reliving the same day over and over again. He spends most of his time going through nearly the exact same motions every day with a sense of mastery: saving people from unfortunate incidents before they happen, picking the winning lottery ticket every time, and trying (and failing) to romance a girl who’s caught his fancy every time the loop resets.

However, in the midst of his enjoyments, his routine is suddenly shaken by him meeting Margaret (played by Kathryn Newton), a girl who is also reliving the same day as him! The two gradually build up a friendship and decide that in order to break out of the time loop, they must find all the “perfect things” that happen in that one day, no matter how big or small they may be. Yet as they keep searching and growing closer together in the process, their own stories come to a clash, leaving them to wonder not only if they should be together, but if it is even worth trying to break out of their repeating day.

As previously mentioned, time loops are a common trope in Hollywood nowadays, so if a movie using this formula wants to be memorable, it has to bring something new to the table. Sometimes said new elements can be incredibly bombastic like the action-oriented films mentioned above. As for The Map of Tiny Perfect Things, it forgets its own identity by adding the simplest hook: having someone else along with you for the journey.

Other than the time loop mechanic itself, there are no truly supernatural elements featured within the film. Nearly all of its heart and soul stems from the relationship between Mark and Margaret as they keep looking for the day’s “tiny pretty things.” Luckily, there is an abundance of these qualities, as both Newton and Allen deliver great performances throughout the film’s runtime.

Allen does a great job portraying Mark as a once confident kid now trying to keep up with the calm and seemingly collected nature of Margaret, especially since he thought himself alone for so long. Seeing him have to pick himself up and regain his confidence by interacting with Margaret was incredibly charming to watch, and Allen manages to do a great job making Mark sympathetic and likable through all aspects of his journey.

Furthermore, Kathryn Newton does an incredible job as Margaret. From the moment we get introduced to Margaret, you just know that she has her own demons to fight with, but seeing her gradually lower her emotional walls and learn to cherish her relationship with Mark is one of the most heartwarming things I have seen in new films recently.

Both actors combine their strong individual performances into having a great pair dynamic, whether it be via their dialogue, their body languages, or their movements in the film’s many comedic sequences. Allen and Newton have created two of the most memorable characters I have ever seen in a time looping film, which is something to be admired in a sub-genre that is usually focused on the plot device itself rather than the people going through the experience.

Speaking of the comedic sequences, they are in abundance during the film, but not in the ways I expected. As I mentioned, Mark has basically mastered reliving the same day over and over again; this means that he often reacts to situations long before they happen, and it is these moments that make up most of the comedy.

There are several points in the film where either Mark, Margaret, or both characters will be engaging in conversation, only to stop themselves and perform actions that occur prior to accidents happening, such as stopping a man in his tracks before a bird poops where he would have been standing or pushing a library cart towards a group of books so that they land on the cart as opposed to the floor.

These moments would be impressive on their own, especially with how frequent they happen; however, having these moments intertwined with the dialogue of the film only heightens the difficulty of pulling these moments off, which is why it’s so impressive to see Allen and Newton pull off these moments like it’s nothing. Not a single sequence like this ended without me smiling, and I have to applaud both leads for working well with the fast-paced choreography of these moments while keeping conversations up flawlessly. If you are not laughing at these points, you will at least be impressed by them.

The Map of Tiny Perfect Things does not have to solely rely on its choreography either, as its writing is just as enjoyable to watch. The Map of Tiny Perfect Things, on top of being a fantasy-based film thanks to the time loop, is mainly a coming-of-age movie. As such, it has a lot of conversations where Mark and Margaret talk about many philosophical topics, such as time (duh) and the meaning of life. Normally, when teenagers discuss these things in films, it comes off as pretentious or simply out-of-place in regards to its implementation.

This is not the case with The Map of Tiny Perfect Things, as their reason for talking like this throughout most of the film makes perfect sense. Think about it. If you were reliving the same day over and over again, with all of life’s immediate worries no longer being concerning to you, wouldn’t you stop caring less about those and start casually talking about the bigger questions too? The premise allows for these conversations to fit in context with the characters’ default moods, and that just makes the discussions more memorable.

In regards to what these conversations lead to, I personally believe their lessons to be well worth your while. Among many other things, The Map of Tiny Perfect Things brings up very important themes, some of which I have seen before, but some of which I’ve rarely seen captured in media. We have all heard the phrase “carpe diem,” or “seize the day,” at least once in our lives, but the film bases its entire story around this point. By showing off how many “perfect things” can happen in the span of one day, it makes me wonder what is possible in the span of two days, a week, a month, and so on.

Furthermore, it encourages you to not just revel in the “perfect things” around you, but to take initiative and create your own “perfect things.” Finally, without getting too much into spoilers, The Map of Tiny Perfect Things does an effective job of reminding people of their own place within the world. No one is the true main character of the world, and we all have a story that is being told.

It’s important to remember that because it is that fact that helps us cherish the connections we have with other people even more. All of these subjects are handled with care and executed perfectly, and I left the film feeling quite satisfied with the film and what it had to say. When all of this was told at a pace that felt relaxing yet natural, this only added to the feeling even more.

To capitalize on its stellar writing, The Map of Tiny Perfect Things also backs it up with technological standings worth praising. The film doesn’t have any unconventional sets that you wouldn’t see in real life, but the way things look always makes things have a sense of beauty and “pop” to them. There are even moments where they take conventional sets and decorate them in a way that makes them incredibly memorable and endearing, which is always a pleasure to see. The music may not be the most indelible, but each piece fits the moments they are featured in well. Moreover, when combined with the quality of the writing, they work to create a product that is truly special.

The Map of Tiny Perfect Things is a film that takes its foundation and utilizes its conventions to the fullest in order to make the most out of its potential. Stellar leads, well-crafted writing and choreography, powerful themes, and mostly great technological merits add up to a film that is definitely worth your time. In fact, I personally intend to rewatch it and enter my own sort of time loop with the film.

Watching Mark and Margaret realize what really matters in life is an incredibly satisfying experience, and sets up a great precedent for what movies can be this year. Everyone involved in this project has a great future ahead of them, and whatever the future holds, one thing is for sure: there will be enough “tiny perfect things” to make life worth living for everyone, including you and me.

For more news on upcoming films, make sure to keep it locked right here at The Nerdy Basement. Consider supporting us on Patreon as well! It’s a surefire way to help us provide you with more Nerdy News!