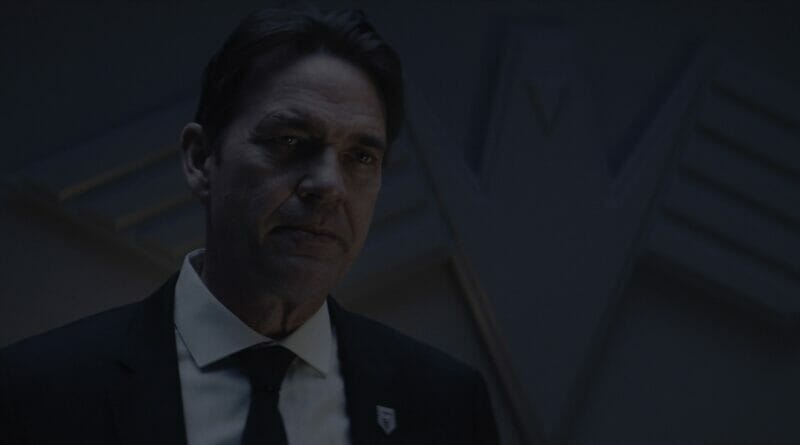 Batwoman ended its sophomore season earlier this week and with it came the live-action debut of Luke Fox as Batwing but also the exit of series alum Dougray Scott who played Kate Kane’s father, Jacob Kane, leader of The Crows. While Dougray Scott’s exit was a planned and mutual agreement between the actor and the network. Batwoman showrunner Caroline Dries announced the exit and elaborated more about the execution of Dougray’s exit on the show.

“Having Dougray Scott as Jacob Kane on Batwoman was incredibly special for all of us,” Dries told EW in a statement. “An actor with his pedigree and reputation elevates any project, and he had great chemistry with his castmates. We loved telling Commander Kane’s story for the last two seasons, and we will always leave the door open to have him return. We wish him the very best!”

“The character obviously had a really intense storyline,” Dries said. “The story was just lending itself of wrapping up the Crows because we took such a hard stance against police brutality this season and really used the Crows to represent the metaphor of that. For us, the story could really only end to Ryan’s satisfaction [if the Crows were] shut down completely. To us, there was no version of the Crows that could exist that felt okay; that felt like a compromise.”

“So it worked out that it was mutual [with Scott]. We ended up being able to really write to a good ending for Jacob, just kind of knowing in advance that’s what we were going to do. I’m very pleased with how that storyline worked out for him. It allowed us to give Dougray some really rich stuff toward the end.”

“What will be fun in season 3 is really rejuvenating this relationship between Mary and Alice,” Dries said. “She is literally the last person there is for her family. Likewise for Alice, Mary is the last one there is. So they will find that they have this common thing, but they also don’t care for each very much. It’ll make a very fun dynamic.”

Batwoman Season 2 has come to a close and will be streaming on HBO Max July 27th with season three premiering October 13th on The CW.