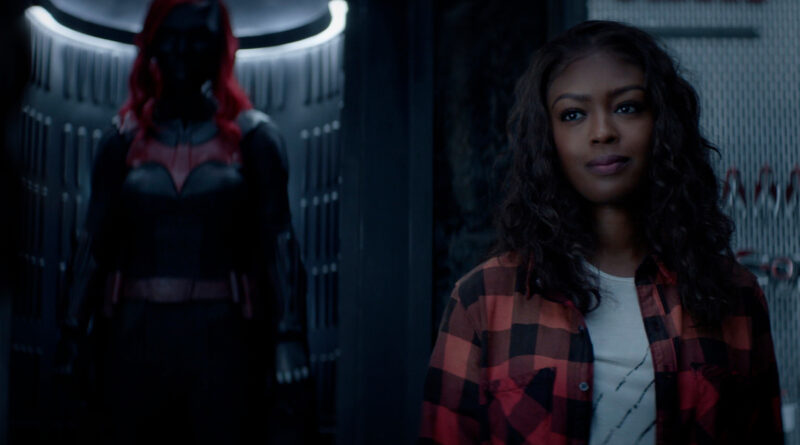 
Ryan Wilder takes the final steps on the road to taking up the mantle of Batwoman but can she stick to Kate Kane’s strict code?

On the heels of Ryan Wilder’s first outing as Batwoman we find her in the middle of an interview and sadly, due to her criminal history she doesn’t land the job. Doing time in Blackgate is no joke and its evident that anyone who’s done time at Blackgate is a huge turnoff to any corporation I’m sure. Despite Wilder explaining why she spent 18 months in Blackgate prison, it does nothing for the person interviewing her.

Alice on the heels of Kate Kane’s death is still battling with accepting that fact and is dead set on getting a war started between Safiyah and herself. Now her methods are a bit weird and overall kind of boring in terms of what villains do to garner attention but a swarm of poison-infested bats just gives me weird COVID vibes and this was just not it. Just not the route I would’ve taken to entice another baddie to do battle with me.

One of the things that this specific episode struggled with was how Kate Kane’s immediate friends and family are still dealing with her disappearance. It all comes off as desperation rather than actual mourning which is weird. I can understand it come from Alice cause at the end of the day Kate is her biological sister. I can also understand it from the dad as well but it just comes off weird from everyone else and the only one who seems to have come to terms with it to an extent is Mary, despite being interrogated like a criminal by her step-dad.

We do get more backstory to Ryan Wilder in a brief flashback to when she’s saved by Kate Kane. Thus further inspiring her to pursue wanting to become the new Batwoman. This becomes more prevalent later in the episode when a group of protestors is urging for Batwoman to return. This bit of the episodes felt forced and out of place and it’s too reminiscent of what’s happening in today’s world and it just didn’t work.

Moreso when Ryan Wilder tries to save a store clerk from being robbed and the Crows try to pin the attempted robbery on her because she was a black woman standing over a bloodied and injured white man with her fingerprints on the gun that was found on the scene. It wasn’t until after she was arrested and brought in for questioning is that she was let go because camera footage proved her story to be true, that she was just there trying to help.

I’m more than ok with trying to mirror real world images given we have a Black female lead who has a criminal background and is now trying to do good and in the process become this figure of justice but the way they went about it is what’s bothersome about the whole ordeal. Shows like Black Lightning have done a much better job at presenting those racially injust actions from society.

I know this season will continue to thread that line but I can only hope it’s done in a much better fashion. The writing for this season needs to elevate from season one if they really want fans to engage and follow through with the remainder of the season. I also understand that you want to build up the character of Ryan Wilder because she does come from nothing and she is a Black woman trying to fill the shoes worn by a White woman so it gets a little muddy but with the right writing it can be done properly, this episode just didn’t do that.

On the flipside, as Ryan Wilder now posing as Batwoman once again in order to calm the protestors down comes into contact with Alice and a fight between the two ignites. Here, Ryan reveals that she has no issue with killing Alice as she wants revenge for her and her goons killing her mother.

As we all know, Batman and Batwoman (Kate Kane) have one rule, “no killing”. As Wilder now fully becomes Batwoman “until Kate Kane returns” blah, blah. I don’t know how long they will hold onto Kate Kane but if you want us to move on from her and move forward with Ryan Wilder we need to let that go by next week’s episode. But it’s going to be interesting how Ryan Wilder deals with handling that “no killing” rule now that she’s Batwoman.

Overall, there’s potential here and I think how the story is presented and how it’s written episode by episode will ultimately be the deciding factor of how fans will engage with this season as it progresses.

New episodes of Batwoman premiere every Sunday at 8:00 pm ET on The CW. Stream it free the next day on The CW App.