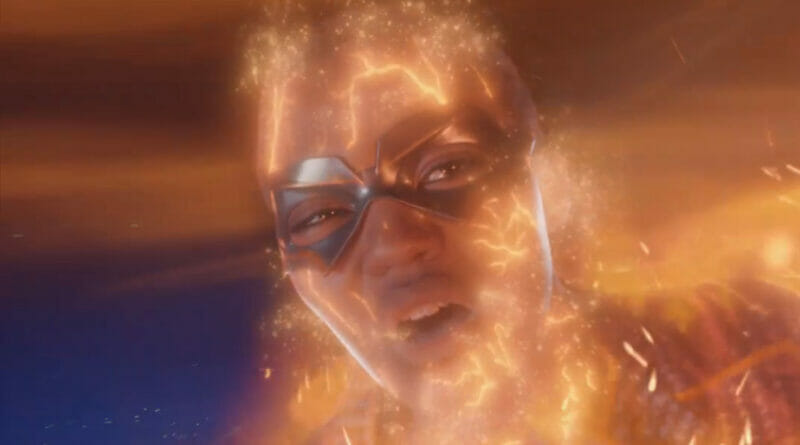 Last week Black Lightning left us on a highly tense note with its dramatic ending when Jefferson catches his wife Lynn having dinner with Tobias Whale. Tensions have been rising immensely as each episode comes along and this week that tension has hit a threshold and the impacts of it have made the Pierce family realize what’s more important in this battle against Tobias all while trying to assess the inner turmoil that’s happening within.

Days have gone by and Lynn has yet to tell Jefferson why she was having dinner with Tobias Whale, even though it was completely unintentional, Jefferson feels betrayed. Jefferson has been dealing with a lot in the first few weeks of this current season and all that has carried over from the events of Black Lightning Season 3 and its finale which brought forth the death of Henderson. The way Jefferson has been coping with Henderson’s death, the turmoil within his relationship with Lynn, Jennifer’s actions is by knocking back whiskey and joining Lala’s underground fight club. While also, uninterestingly undergoing therapy.

Needless to say that Jefferson has been trying to keep a straight face while being strong for his family but as he reveals in this episode, Henderson’s death has shaken him to his core. Looking at it closely, however, Jefferson is reeling and has had some old emotions resurface, which are similar to feelings he dealt with with the death of his father. Pairing that with the death of Henderson, he hasn’t anyone who was that close to him since it hit him harder than he would’ve probably anticipated or even saw coming.

We still have Gambi working alongside TC, wanting to delay Monavista’s new and improved DEGs from getting into the hands of Freeland’s police department. Although there’s a romantic involvement in this arc with Gambi, he’s still trying to do right by Freeland and Black Lightning, since Jefferson has hung up the suit.

One of the biggest and probably most troublesome plot points this season is Annisa’s storyline, which now has her reunited with Grace. Last week we had a rushed marriage in the most awkward way possible and now this week we have them trying to adjust trying to live together again and Jennifer not being able to assimilate rather quickly now that Grace is up and about. Which is a bit weird. Granted a year is a long time but completely ushering her stuff out of the apartment just comes out of left field and seems like she was ready to move on, rather than wait things out.

Another troublesome plot point this season is Jennifer’s story and the weird angle they’ve taken in using the media to paint a false narrative about her not being a hero and rather an untamable vigilante. Jennifer has grown an addiction to consuming energy from the ionosphere for any and all inconveniences.

TC along with Annisa and their mother Lynn has been warning Jennifer about consuming so much energy because it can have an effect on her. Last week we got a glimpse of those changes starting to surface and this week we get a massive tease of Jennifer aka Lightning becoming more like her comic book counterpart than any other time before as she is overloaded with ionosphere energy and thus becomes pure energy herself.

In the comics, Lightning’s true form is pure electrical energy and that’s how she roams the streets, hangs out with superheroes, and fights crime. For the entirety of this series thus far, we’ve only seen Lightning in a regular costume that resembles her father’s in order to don the Lightning moniker.

While comic book fans who like Lightning’s look from the comics have something to look forward to it’s a little saddening that we had to wait until the final season to get that look. Given that it is The CW and we have to take broadcast television budget into account, I don’t think we’ll be seeing Lightning in her pure energy form for a while, they might even save that reveal for later on in the season so they can save some money on their budget which is totally understandable.

Needless to say that this week’s episode of Black Lightning has been the best one so far in terms of delivering on actor performances and storylines while pushing the plot forward and setting up some good surprises for us to see later on this season. As I mentioned in this week’s podcast episode (you can listen to that episode right at the end of this article), Jefferson Pierce, Tobias Whale, and Lala have the best narratives this season so far.

Tobias is still using his capital and his facade as a way to tear the Freeland police department from within while showing his dominance over Freeland in the process. This of course is causing more tension between him and Black Lightning who really can’t do much about him at the moment due to him doing things legally. Corrupt, but legally nonetheless.

Lala is also trying to assert his dominance over Freeland by bringing the fight to Tobias Whale. Sadly Mayor Black gets caught in the crossfire and meets his end. And while Lighting, Thunder, and Wylde were on the scene to help, Deputy Chief Perez still points the finger at the heroes despite seeing firsthand how they weren’t the reason Mayor Black died. Of course, this is all to keep up the facade for Tobias Whale.

Black Lightning, despite its minor hiccups, is still delivering a strong story. Especially when it comes to Jefferson and showing his emotions. It’s just beautiful seeing a black man on screen owning his emotions and confronting them in a positive light while trying to show his daughter compassion and empathy and reassurance. It’s Jefferson being Jefferson and this is where Cress Williams shines best as Black Lightning and it makes the series and this episode overall even more enjoyable.

Black Lightning airs every Monday night on The CW at 8pm ET and streams for free the next day on The CW app.