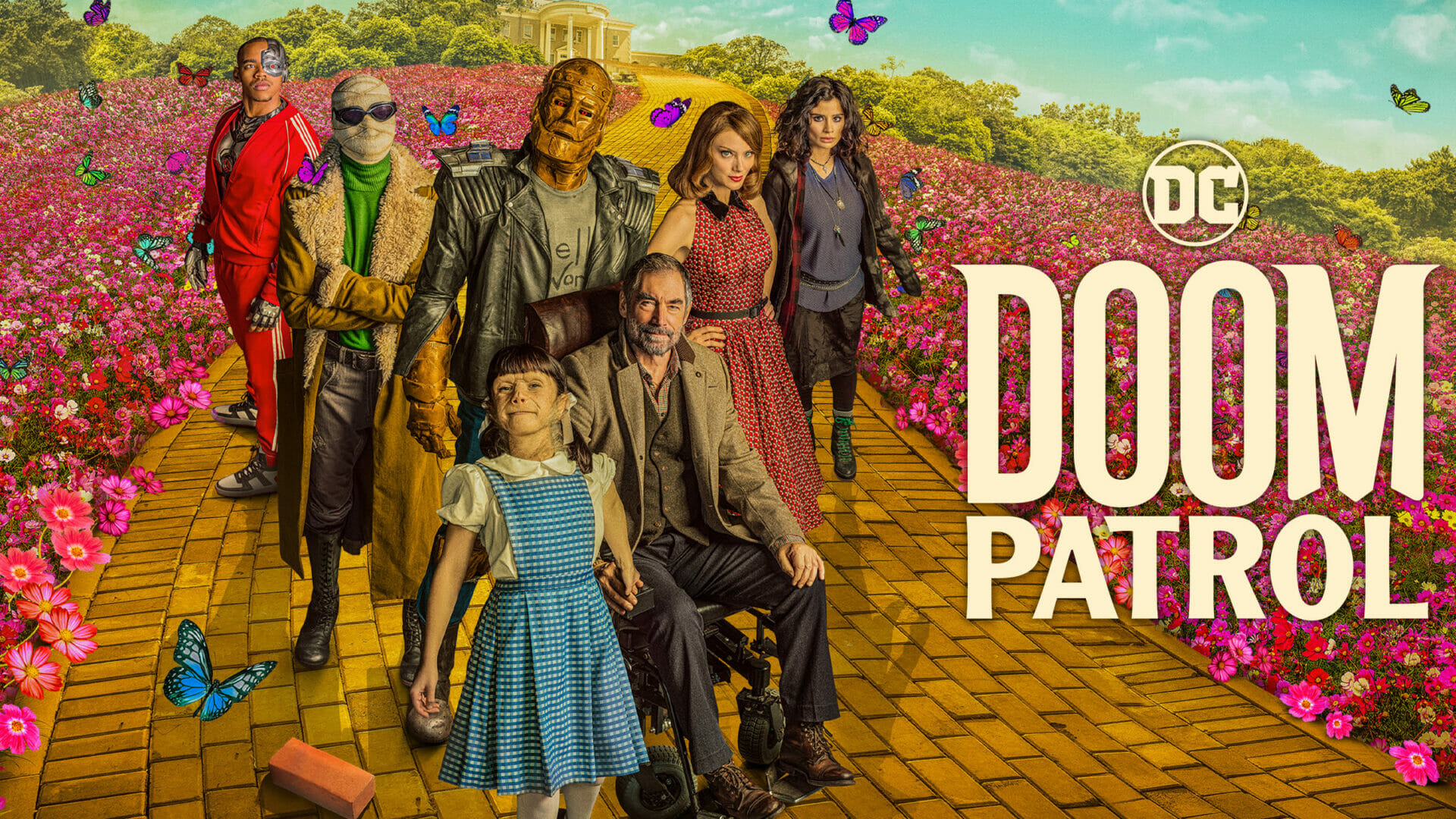 
Doom Patrol Season 2 kicks off what is to become the most compelling and emotional Doom Patrol story yet, and episode one is just the tip of the iceberg!

Doom Patrol Season 2 picks up just a week after the events of the season one finale. I’ll save you the recap for the sake of focusing on this specific episode. You can catch the whole season right now on DC Universe and HBO Max so you can get up to speed just in time for the season two premiere which is this coming Thursday, June 25th.

Now that we got that out of the way, we find our Doom Patrol and The Chief’s daughter Dorothy Spinner exactly where we left them in season one, fun-sized and trapped on the Cliff Steele’s toy racetrack. Prior to that, we get a short flashback scene with Dorothy Spinner and her days of traveling across London in the traveling carnival. Dorothy is used as an attraction as she can bring life to her imaginary friends.

One of them makes an appearance and that’s when things start to go left. That’s until another imaginary friend is physically manifested and things get even worse before they fully calm down (more on that later…not in this review cause, you know spoilers but more on that later).

When I say that this season will be a very compelling and emotional season is because it simply will be. This very first episode sets the stage for obstacles that every single member of the Doom Patrol must overcome, including The Chief, Niles Caulder. There are so many layers to what these characters have to deal with and it’s written in a way that feels right and deserving, not in a bad way deserving but in the sense that this way the way to go because this is everything these characters have had to deal with, starting to unravel and s*** hits the fan.

How can they overcome these issues personally but also the family they have now become? And as I mentioned that includes Niles Caulder who has now, finally, taken up the role of a father figure to his daughter Dorothy Spinner. As I mentioned above there’s more to it but that would be spoiling the next two episodes and what’s to come later on this season.

Now that’s not to say that there’s not a lot going on because there is. Cyborg is now dealing with PTSD, [Crazy] Jane is now dealing with some deeper issues in The Underground and has now started using drugs as a way to suppress the issues happening within her. Dorothy is dealing with her imaginary friends. After the events of season one, Rita now wants to home her abilities, master them in order to become a superhero. Larry (Negative Man) is now dealing with the loss of his son and all of the baggage that’s to come with that loss.

All while The Chief deals with what’s to be deemed as his final moments and how he wants to find the key to immortality (now that he no longer has it) in order to live at least one more day longer than his daughter. It’s real deep stuff that’s touched upon in this season and I am here for it. Because despite how weird and obscure these characters are, deep down inside they are still human beings will real human emotions. Despite all, they have gone through they aren’t trying to lose a sense of that.

That’s all showcased in how each member deals with their trauma and how their trauma affects those around them. More specifically, how that trauma ignites the fire within them to want change (for better or for worse) in order to do better. Crazy Jane, for example, things start to unravel within her and due to her past experiences, she is dead set on helping Dorothy at all costs.

The tension that brews between Niles and Cliff and their respective viewpoints of each other as fathers and how they personally view themselves as fathers is another piece of storytelling not just in this episode but clearly throughout the season that is deeply seeded in how these characters will develop, overcome or succumb and achieve, whether it be together or alone.

As per usual with the Doom Patrol, we get our comedy beats, our dark humor, dry humor. All those weird moments that make the Doom Patrol, the Doom Patrol, and it’s better executed this time around than it was back in season one, I feel. One of the biggest gripes I have is still with Cyborg and his look. I feel like this time around his suit should’ve been upgraded and made to look a bit more realistic. I’m just hoping we get to see some kind of improvement down the line as the season progresses.

Overall, Doom Patrol Season 2 is off to a tremendous start and has exceeded any and possibly all expectations I had going into it, and I couldn’t be any more than happy with the results.

For more on Doom Patrol, film news, trailers, and updates make sure to keep it locked right here at The Nerdy Basement. And while you’re here, please consider supporting us on Patreon. It’s an easy way of supporting us so we can keep proving you with your Nerdy News!