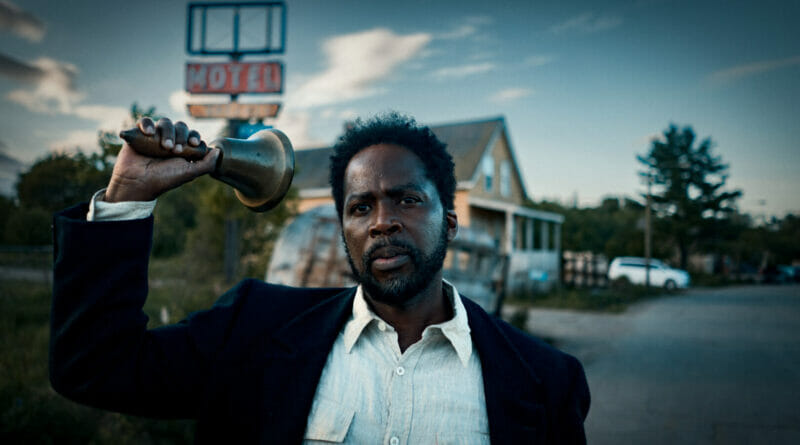 
EPIX’s March 2022 programming schedule brings forth new episodes from their hit original series like “From”, “Britannia”, “Unprotected Sets”, and the world television premiere of “Clifford The Big Red Dog”

From Episode 3 – Choosing Day premieres March 6 at 9 PM ET/PT. The Matthews family must choose which of the two settlements they will join. Meanwhile, Jade comes to terms with his situation, and Boyd is faced with an impossible decision that strikes at the very heart of life in the town.

From Episode 4 – A Rock and a Farway, premieres March 13 at 9 PM ET/PT. Julie finds comfort in her new friends as Jim and Tabitha deal with their struggling marriage. Ethan ventures off into the forest with Victor while Father Khatri urges Boyd to embrace his role as leader. Sara receives another horrifying directive.

From Episode 5 – Silhouettes premieres March 20 at 9 PM ET/PT. Jim, Tabitha, and Ethan begin asking questions about where they are in the hopes it may lead them home. Ellis and Fatima show Julie the lighter side of life in town. Jade struggles to make sense of their situation as Boyd seeks guidance.

From Episode 6 – Book 74 premieres March 27 at 9 PM ET/PT. Boyd’s plan to head off into the forest provokes an unexpected response from Kenny. Jade enlists Jim’s help with an experiment while Tabitha makes a chilling discovery that sends her down a unique path searching for answers.

FROM unravels the mystery of a nightmarish town that traps all those who enter. As the unwilling residents fight to keep a sense of normalcy and search for a way out, they must also survive the threats of the surrounding forest – including the terrifying creatures that come out when the sun goes down.

Britannia Season 3, Episode 8 [SEASON FINALE] premieres March 6 at 9 PM ET/PT. Aulus takes Lucius & a few survivors to a remote fortress where he is joined by Amena & Hemple. Cait finds her way to the fort and Antedia launches an attack with a firestorm, as Divis & others arrive.

Now in its gripping third season, this epic and visionary drama continues to follow the Roman invasion of Britain. The ruthless and cunning General Aulus Plautius is more determined than ever to conquer this mythical land at the far edge of the Roman Empire. He has now fractured and shattered the powerful druids, but his true mission – to capture and kill The Chosen One – remains elusively out of reach. With forces gathering against her, Cait is more vulnerable than she knows.

Shattered by the events of Season Two, she struggles with her path as The Chosen One – but can she escape her fate? Britannia was created by Jez Butterworth (Spectre), Tom Butterworth (Tin Star), and James Richardson (Monsters). Britannia is produced by Rupert Ryle-Hodges (Downton Abbey, The Hollow Crown) and executive produced by Vertigo Films’ James Richardson (Monsters), Sam Mendes (1917), Pippa Harris (Call the Midwife), and Nicolas Brown (Penny Dreadful) from  Neal  Street  Productions  (Penny  Dreadful) and Jez and Tom Butterworth.

Unprotected Sets Season 3, Episode 5 – Tom Thakkar, premieres March 4 at 1 AM ET/PT. Tom Thakkar from Indiana brings down the house with his insightful stories of the women in his life, the men not in his life, growing up in a wannabe liberal town, and the shock of his biracial heritage.

Unprotected Sets Season 3, Episode 6 – Chanel Ali, premieres March 11 at 12:45 AM ET/PT. Smart, honest, and exhilarating describes Philadelphia native Chanel Ali as she shows her uncanny ability to bring humor and humility to her tumultuous childhood where she survived life in the foster system.

Unprotected Sets Season 3, Episode 7 – Emma Willmann, premieres March 18 at 12:45 AM ET/PT. Critics call Emma Willmann a master of chaos under control. It takes a brilliant mind to come out to their mother at a silent retreat. It takes a comedic genius to make it funny in the process.

Unprotected Sets Season 3, Episode 8 [Season Finale] – Louis Katz, premieres March 25 at 12:00 AM ET/PT. There’s no topic off the table for Louis Katz. He turns taboo subjects into cathartic laughter like no other. And he does it without even blushing!

Unprotected Sets returns for a third season with eight newly minted, one-hour specials from today’s freshest voices in standup comedy. Uproarious onstage performances and candid green room confessionals offer a revealing look into the life and mind of a comic unlike any other show on the market today.

As middle schooler Emily Elizabeth struggles to fit in at home and at school, she discovers a small red puppy who is destined to become her best friend from a magical animal rescuer. When Clifford becomes a gigantic red dog in her New York City apartment and attracts the attention of a genetics company who wish to supersize animals, Emily and her clueless Uncle Casey have to fight the forces of greed as they go on the run across New York City and take a bite out of the Big Apple. Along the way, Clifford affects the lives of everyone around him and teaches Emily and her uncle the true meaning of acceptance and unconditional love.