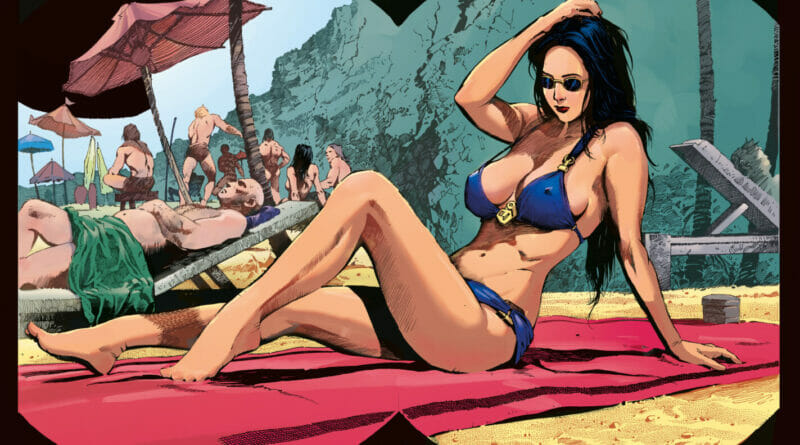 
A live-action adaptation of Charles Ardai’s “Gun Honey” is being developed by Piller/Segan, the producers behind ‘Private Eyes”, “Haven”, “Greek”, “Wildfire”, and “The Dead Zone”. The series will also be produced by Malaysia-based Double Vision, the production arm of the Vision New Media Group, and the award-winning producers behind the acclaimed Asian adaptation of “The Bridge”.

“Gun Honey,” tells the story of Singapore-born weapons expert Joanna Tan, the best in the world at providing her clients with the perfect weapon at the perfect moment. When her new assignment leads to the escape of a brutal criminal from a high-security prison, Joanna is forced to track him down – and to confront secrets about her own past that will challenge her sense of who she is.

“We look forward to continuing our creative partnership with Charles, in concert with our friends and colleagues, Min Lim and Chi-Ren Choong at Double Vision, as we collectively bring GUN HONEY to the screen,” said Lloyd Segan, founding partner at Piller/Segan.

“I started reading GUN HONEY and I didn’t put it down till I’d finished the whole thing,” said Min Lim, Head of Production at Double Vision. “Finding a fresh take on the femme fatale is not easy to do, but Charles did exactly that with Joanna and GUN HONEY and as Malaysians, we are incredibly excited to work on bringing an authentic South East Asian character to the screen in a big way. And, to be able to do it with Charles and our partners at Piller/Segan is just the icing on the cake!”

“The heart of GUN HONEY is Joanna Tan – who she is and where she comes from – and I can’t imagine better partners to bring her story to life with authenticity and incredible filmmaking talent than Double Vision,” said Charles Ardai. “I am a huge fan of their work on The Bridge and can’t wait to see what they have in store for Joanna. And the opportunity to work with Piller/Segan again is a joy: working with Lloyd and his team to make Haven was an extraordinary experience.”

“Gun Honey” will be the second television collaboration between Hard Case Crime and Piller/Segan, who previously worked together to produce Haven, based on the first of three bestselling novels written for Hard Case Crime by Stephen King. Haven ran for six years on SyFy in the U.S. and was distributed in 185 territories worldwide.

Gun Honey #1 will be published worldwide by Titan Comics on September 22, 2021, with subsequent chapters following monthly and the compiled graphic novel in 2022. Readers can pre-order the debut issue from their local comic shop, in the UK/Europe from Forbidden Planet, and digitally.