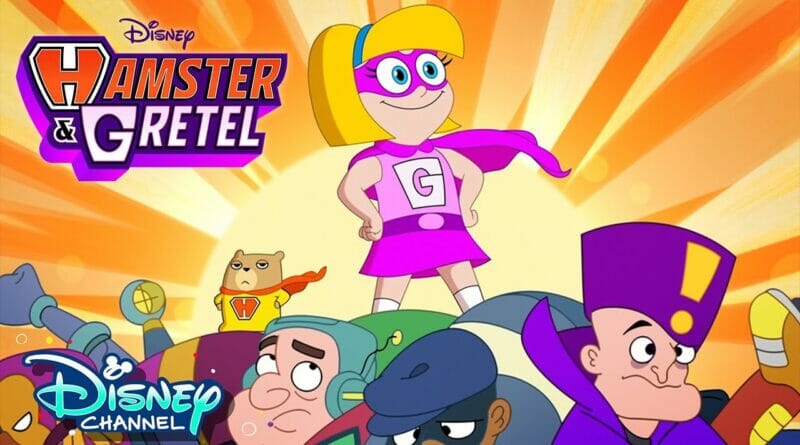 Disney Channel has announced the official premiere date for their upcoming animated series ‘Hamster and Gretel’ alongside the release of the series’ official trailer; the series is set to premiere on Friday, August 12th at 9:35 pm EST. Joining the cast as recurring characters are Priah Ferguson (“Stranger Things”) as Gretel’s best friend, Bailey; Liza Koshy (“Liza on Demand”) as news reporter Veronica Hill; Alyson Stoner (“Phineas and Ferb”) and Brock Powell (“Phineas and Ferb The Movie: Candace Against the Universe”) as the evil sibling duo Lauren and Lyle a.k.a The Destructress and FistPuncher, respectively; and viral rap sensation Akintoye as Kevin’s confident buddy, Anthony.

“Hamster & Gretel” introduces Kevin and his younger sister, Gretel, who are about to be bestowed superpowers by space aliens. But something goes awry, and it’s Gretel and her pet hamster (named Hamster) who suddenly have new abilities. Now, protective older brother Kevin must figure out how to work with both Gretel and her pet, Hamster, to protect their city from mysterious dangers.

Hamster and Gretel premieres August 12th on the Disney Channel.