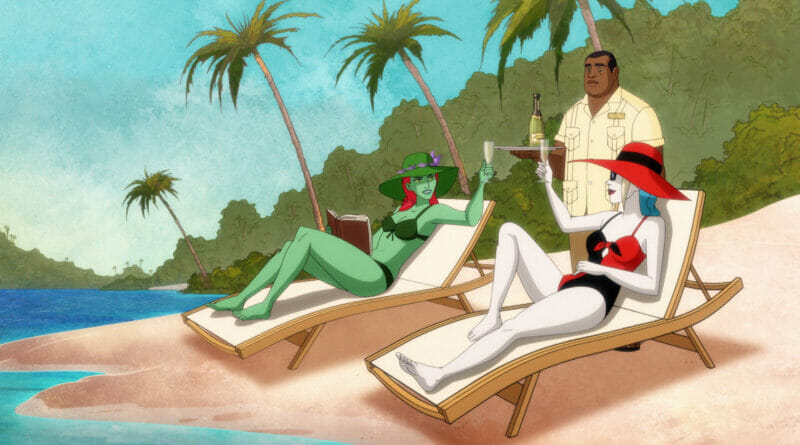 BFFs or GFFs. Harley Quinn and Poison Ivy are back and better than ever in the third season of the critically-acclaimed HBO Max Original adult-animated comedy series HARLEY QUINN. Which is set to premiere with three episodes on Thursday, July 28th. New episodes will premiere weekly leading up to the season finale on September 15th. Check out the official teaser trailer above and watch all of the madness and mayhem that will ensure in this upcoming season.

From Batman’s foot fetishizing Catwoman to Harley Quinn kidnapping Amanda Waller; the mayhem and madness continue in season three of this biting and uproarious adult animated comedy series. Wrapping up their “Eat. Bang! Kill. Tour,” Harley Quinn (Kaley Cuoco) and Poison Ivy (Lake Bell) return to Gotham as the new power couple of DC villainy. Along with their ragtag crew – King Shark (Ron Funches), Clayface (Alan Tudyk), and Frank the Plant (JB Smoove) – “Harlivy” strives to become the best version of themselves while also working towards Ivy’s long-desired plan of transforming Gotham into an Eden paradise.