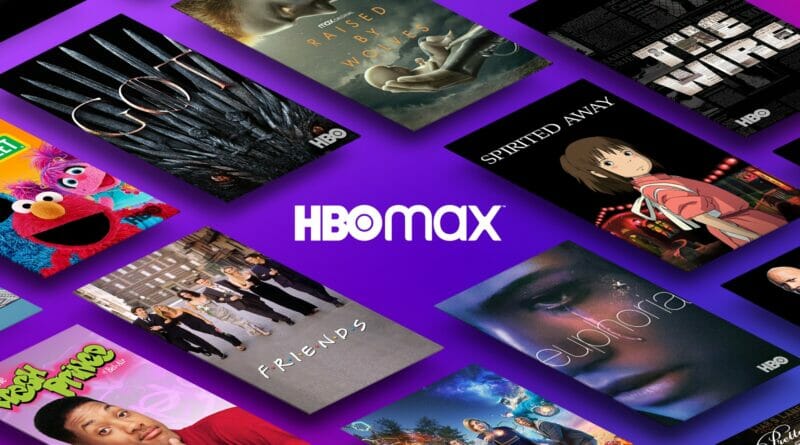 HBO Max has been on an upswing since it launched back in 2020. Now with their hybrid release system for most films that are set to release in theaters which you can watch the same day on the streaming platform, subscriptions have only gone up. Now WarnerMedia and HBO Max are looking to grow that subscription number even more as it sets an official launch date for HBO Max in 39 different territories in Latin America and the Caribbean.

“Our launch in Latin America and the Caribbean is the first step in our global rollout of HBO Max. We are thrilled that fans across the region will soon be able to enjoy HBO Max and its amazing collection of content. WarnerMedia is one of the most popular and trusted sources of entertainment across Latin America, and we are very excited that our global journey starts here,” commented Johannes Larcher, Head of HBO Max International.

HBO Max’s launch in Latin America will also feature an iconic collection of curated titles from across WarnerMedia’s legendary catalog and a slate of original series and movies, Max Originals, plus live sports in Brazil and Mexico. HBO Max will offer Warner Bros. movies at no additional cost just 35 days after being released in theaters in Latin America, with titles such as Lin-Manuel Miranda’s musical IN THE HEIGHTS, SPACE JAM: A NEW LEGACY starring LeBron James, THE SUICIDE SQUAD directed by James Gunn and starring Margot Robbie and John Cena, and DUNE starring Timothée Chalamet and Zendaya and directed by Denis Villeneuve, among many other films.

In addition, HBO Max will be the exclusive home to new Max Original titles which will be produced in the new regions it will be launching at later this year. With stories such as POP DIVAS, a competition for the pop genre crown hosted by Pabllo Vittar and Luísa Sonza, the documentary series PCC SECRET POWER, the astrology show ASTRAL JOURNEY hosted by Giovanna Ewbank, a competition with the best stylists in THE CUT, LAS BRAVAS, a Mexican series about women’s soccer with screenwriters such as José Javier Reguilón, Luis Gamboa, Paula Rendón, and Helen Santiago, LOVE SPELLS, a comedy with a lot of melodrama starring Gabriela de la Garza and the action-comedy BUNKER, among other titles.

HBO Max will also feature a curated catalog from around the world with series such as the Scandinavian drama BEARTOWN, the Spanish horror series from renowned director Alex de la Iglesia, 30 COINS, the anticipated biopic of Cristina Ortiz’s life in VENENO, the Italian series GOMORRAH, the Israeli drama VALLEY OF TEARS, and Turkish melodramas such as THE CHOICE and a series about a young man with special abilities, A MIRACLE.

Kids are also in for a nice viewing experience as HBO Max will feature iconic titles and brands like Looney Tunes, Hanna-Barbera, and Cartoon Network including ADVENTURE TIME: DISTANT LANDS,  TEEN TITANS GO!,  SCOOBY-DOO, PAW PATROL, FRANKELDA’S BOOK OF SPOOKS, THE AMAZING WORLD OF GUMBALL, BEN 10, THE POWERPUFF GIRLS and  LOONEY TUNES CARTOONS, and many more. Later this year, soccer fans in Brazil and Mexico will be able to enjoy matches of the UEFA CHAMPIONS LEAGUE, the most prestigious and followed soccer competition in the world.

HBO Max will offer two subscription plans, starting from US$3 per month; prices per plan and country can be found on HBOMax.com. Subscriptions for recurring periods of 3 or 12 months will also be also available with a discount of up to 30%. HBO Max will also offer a 7-day free trial period and an option where users will be able to sample some of the best series and documentaries, at no cost.

The platform will also be available through partners like AT&T Mexico, a leading mobile operator in Mexico, and regional partners such as DIRECTV Latin America, SKY Brasil and DIRECTV GO, and Grupo América Móvil which will offer HBO Max to their subscribers.