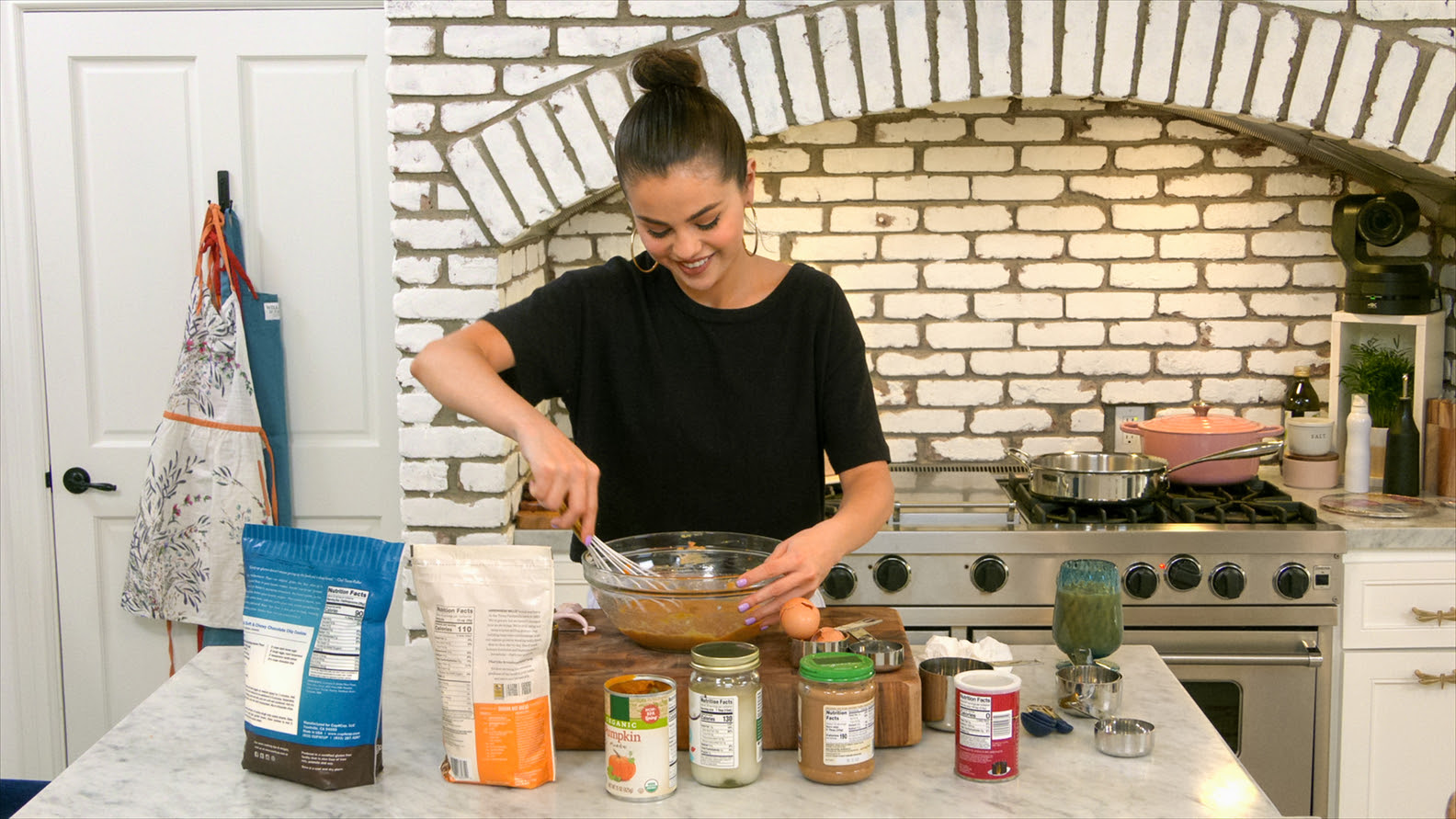 HBO Max announced today that it has renewed Selena Gomez’s cooking show, SELENA + CHEF for a second season. Hailed by Fast Company as “delicious” and “the Quarantine comedy you’ve been dying for,” the series is executive produced by Gomez for July Moon Productions, along with executive producers Eli Holzman, Aaron Saidman, and Leah Hariton on behalf of Industrial Media’s The Intellectual Property Corporation (IPC).

Selena will continue her cooking adventures at home with a new roster of all-star chefs that will help her whip up delicious dishes. Like in its first season, each chef will highlight a different charity each episode.

“Learning from some of the best chefs in the world has vastly improved my cooking skills but I have a lot more to learn. I am looking forward to challenging myself in the kitchen on the next season,” said Gomez.

“We are thrilled to continue the culinary fun of watching Selena in the kitchen on HBO Max. From her chemistry with each master chef to those colorful knives in the first season, we can’t wait to see what delicious surprises she has in store for season two,” said Sarah Aubrey, Head of Original Content, HBO Max. IPC’s Aaron Saidman added, “We couldn’t be more excited to be back in the kitchen with Selena and HBO Max for another entertaining and delightful season of this unscripted, unrehearsed and very unpredictable culinary adventure.”

Since social distancing at home, Selena has been spending more time in the kitchen than she ever imagined. In each episode of this unapologetically authentic cookalong, Selena, with the support of her Quaranteam, will be joined remotely by a different master chef. Together, they’ll tackle cuisines of every variety, share invaluable tips and tricks, and deal with everything from smoking ovens to missing ingredients.

In season one, they tackled everything from cooking with raw octopus, learning how to properly locate the correct oven controls, deveining shrimp at record speed, honest on-the-spot reviews from her Grandparents and best friends, and narrowly avoiding a sliced finger or two. Each episode will highlight a food-related charity, and this casual, funny, and informative series will embrace both the struggle and the joy of learning to cook — while inviting audiences to follow along at home.

Selena Gomez began making the transition from young actress to adulthood with such films as Harmony Korine’s “Spring Breakers.” She appeared in the Academy Award nominated film “The Big Short” opposite Brad Pitt and Ryan Gosling as well as “Fundamentals of Caring” alongside Paul Rudd.  Most recently, she starred in Jim Jarmusch’s film “The Dead Don’t Die” opposite Bill Murray and Adam Driver. Gomez has added executive producer to her list of credits serving as an executive producer of the hit Netflix original series “13 Reasons Why.”

Most recently, she executive produced the critically acclaimed Netflix docu-series “Living Undocumented” which created much buzz and discussion regarding the polarizing issue of undocumented people living in the United States. Selena also executive produced the upcoming feature film “The Broken Heart Gallery.” Earlier this year, Gomez released her critically acclaimed album RARE which debuted at No. 1 on the Billboard 200 her third consecutive studio album to debut atop the chart.

The first single, “Lose You To Love Me,” gave Gomez her first No. 1 on the Billboard Hot 100 chart. As a solo artist Gomez has accumulated over 22 billion global streams. Next up, Selena will launch her highly anticipated Rare Beauty cosmetics line exclusively at Sephora. The mission behind the brand it to embrace one’s own uniqueness and build a community of support around a healthy self-image.