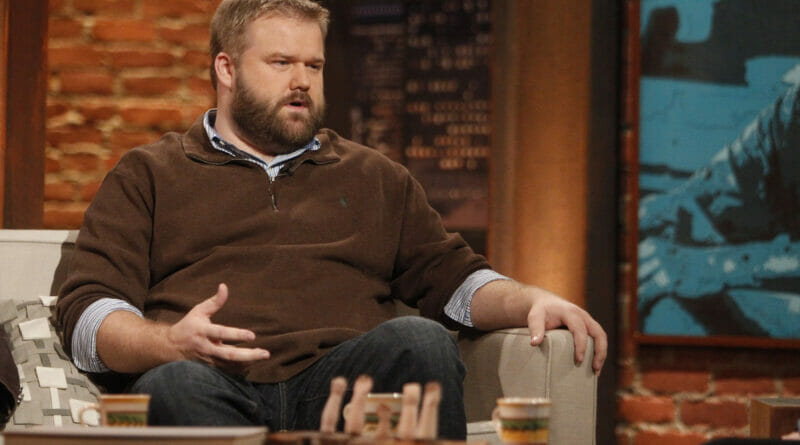 Invincible: Robert Kirkman On How To Keep Fans Guessing While Watching The New Series


Whether you’re a returning fan of Invincible or are venturing into this world for the first time, Robert Kirkman has the perfect formula and reasoning for you to keep watching

As Invincible approaches its season debut later this week, we recently had the chance to talk to Robert Kirkman, the creator of the comic book series about the new series. More often times than not when adapting comic book storylines into any medium whether it is animated or in live-action. These adaptations aren’t always 100% accurate.

For the most part, things like that become a bit bothersome to die-hard comic book readers while the general audience who have little to no knowledge of the said project is more welcoming and open to the story that is being presented rather than how accurately it is being adapted. Invincible is no exception. As we’ve seen with Robert Kirkman’s The Walking Dead series and his short-lived Outcast series (for those who actually watched it), they tend to stick to the source material but more oftentimes take the creative liberty of changing things around to keep viewers engaged and guessing.

As we spoke to Robert Kirkman, we wanted to get insight on how he goes about keeping a story like Invincible fresh for new and returning fans as he’s done with his other shows like The Walking Dead and Outcast.

The Nerdy Basement: We know that you have Invincible in comic book form, now as an animated series and a live-action adaptation which is coming later on. What is your process to make sure that this story stays fresh for new and old fans coming in?

Robert Kirkman: When it comes to this animated series that’s on Amazon, we’re working very hard to adapt the story in a way that is true to the comics but also to expand certain events, rearrange things and change the order to keep people guessing. So there will be events from the comic book series that happen way sooner than you expect, way later than you expect.

You’ll be expecting certain things to happen so we can get to another thing later and that thing that’s coming later just happens. So there will still be a sense of surprise along the way. But for the most part, we’re trying to stay true to the comic and that sense of “anything can happen” is essential to Invincible and we’re very much keeping that intact.

Invincible for the most part will be a near beat by beat adaptation of the comic book series by Robert Kirkman but bringing it into this new medium as Kirkman said above gives him and the writing team ample room to rearrange things or expand on plot point he couldn’t expand on in the comics. While also giving them the creative freedom to implement new plot threads and new characters.

While fans gear up to binge the first three episodes of Invincible later this week. Fans should also be aware of the live-action Invincible film that is currently being developed. For those wondering, the live-action film and the animated Invincible series will be able to coexist while also standing on their own two feet. So don’t expect any actual plot thread to connect from each medium, just separate adaptations in two different forms.

Kirkman also has another live-action adaptation in the pipeline for one of his most recent comic book stories, Oblivion Song. Make sure to check that series out if you haven’t already!