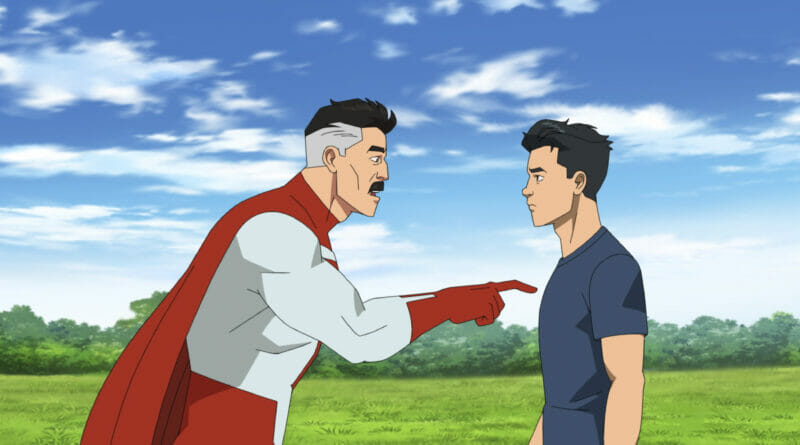 Invincible: Steven Yeun and J.K. Simmons on Why They Gave An Immediate ‘Yes’ to Joining the Cast


Steven Yeun and J.K. Simmons Gave An Immediate ‘Yes’ When Offered Their Respective Roles in Invincible

During this roundtable interview we asked Steven Yeun and J.K. Simmons what drew them to the project and what made them say “yes” to voicing these characters.

The Nerdy Basement: Guys, how’s it going? Huge fans! So you guys are both no strangers to voice acting and with voicing so many characters what really drew to voicing Invincible and Omni Man?

Steven Yeun: For me, I didn’t really think too much about the character per se probably because I like the character so I didn’t examine that as much. But it’s Robert [Kirkman] and loved Invincible and I read the comic a long time ago it’s so fun and it’s so fresh and kind of what we all I think a lot of comic book fans wished a lot of our favorite comic books were.

J.K. Simmons: It took me three seconds! Because I didn’t have a connection with Robert or knowledge of Invincible. I knew of Invincible but I wasn’t really familiar with that universe. But once I read the first script they sent me and saw how grounded the relationships and the characters were, and they already had Steven on board and Sandra, I think and they were putting a great cast together so it was definitely something I was anxious to be a part of.

As you can see, it didn’t take much for Steven Yeun and J.K. Simmons to say yes and sign on to voice the two leading characters of the series. For those coming into the series this coming Friday, I can tell you now that Steven Yeun and J.K. Simmons have great chemistry together and share some intimate scenes together as father and son. It’s one of the best character dynamics in the series so far and something that will resonate with fans and they progress through the season.

Invincible premieres this Friday, March 26 exclusively on Amazon Prime Video. Make sure to check back for our interview with Zazie Beetz and Gillian Jacobs and Invincible creator Robert Kirkman.