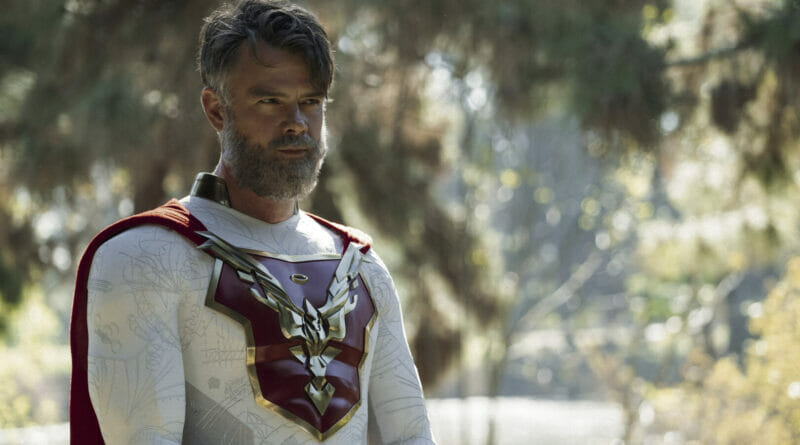 Jupiter’s Legacy is an origin story that provides an intriguing perspective at how heroes and humans perceive their moral compass and what truly is right from wrong. And to what lengths they are willing to go in order to maintain the code they live by. But the series comes crashing down just as it starts reaching its peak.

Leaving you with much to be desired, and the sad realization that this debut season should have released with more than 8 episodes. As far as live-action adaptations go, Netflix has been doing quite a swell job at adapting hit comic book stories and video games. With hit series like The Umbrella Academy, Locke & Key, and the wildly successful live-action adaptation of The Witcher series.

Netflix has proved that it is here to stay and that it can indeed provide a proper live-action adaptation of a beloved comic book series. But when it comes to Jupiter’s Legacy, Netflix falls short at delivering another banger of a series in what was a rather highly-anticipated series (for those who were actually looking forward to it) from a comic book run that not many people knew about.

Jupiter’s Legacy focuses on a group of heroes called The Union. Men and women who are out of their time trying to adapt to the modern-day while training and molding the next generation of heroes (their children) to take their place. And in the same vein giving us their origin story and how they attained their God-like powers.

Consisting of the aforementioned eight episodes, Jupiter’s Legacy spends what feels like an equal time in both the past and the present. The past which takes place in 1929 and well into 1930 focuses on The Union’s origin story and how they got their powers, and that’s where it starts and where it ends as far as origin stories go. The past doesn’t really display much of The Union in their early days as superheroes in America, nor does it show where it all went wrong.

In the present day, The Utopian (Josh Duhamel) and Lady Liberty (Leslie Bibb) struggle with being parents, which focuses a lot on their rebellious daughter who has a drug problem and their son who is trying to fit into shoes he’ll never fit. As they struggle with their strained relationship, and The Uptopian’s code of justice and holding those around him accountable to that code and enforcing them to maintain it.

Unfortunately for the series, this is where the series as a whole begins to lack due to unfinished plot lines, lack of proper character development, and appearances from characters who do not feel whole and ultimately do not matter. Characters who seem important aren’t as important as they are presented to be and others are just there for an episode or two and leave no real impact on the viewer or the overall story.

Outside of the semi-unbelievable costumes and noticeable fake hair, whether it’d be a wig or facial hair. Not much of the series, at least from the superhero perspective is really believable, and despite trying to pose threats with multiple villain appearances and a failed attempt at setting up a bigger villain; everything just falls flat. Including the major reveal at the end that I’m sure was meant to be more impactful than it actually was. It just felt forced and really came out of left field and the final episode’s short runtime doesn’t help in fully fleshing out this massive reveal.

However, despite most of my many negatives, the past setting of the series is where the series shines the brightest as it provides the needed character development for the viewer to care about The Union, where they came from, how they got together and how they gained their powers even if it’s not fully disclosed or explained how. There’s a heavy emphasis on The Union’s personal sacrifices and the sacrifices they have made a group but that comes at a jarring halt when they reach their destination and are all of a sudden heroes in costume without any real explanation.

We met them as heroes, we learn about their journey prior to becoming heroes, but the in-betweens after that change and where we meet them in the present-day is missing entirely. Which I personally felt needed to be displayed for us to really care about The Union and The Utopian’s code that he spent so much time shoving down the throats of his fellow peers, his wife, and his children.

It’s an interesting series to say the least and one that will definitely garner some mixed reviews…at least that’s how I’m feeling about the series…mixed. Overall, Jupiter’s Legacy has the potential to be another hit series for Netflix when it comes to their live-action comic book adaptations. However, due to some rather weak plot threads from the present day and forgettable supporting characters, it hurts the series as a whole.