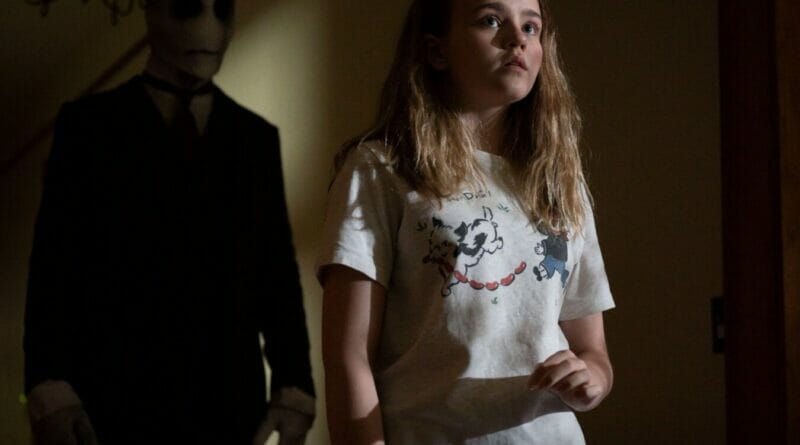 ‘Just Beyond’ Releases This November on Disney Plus (Exclusive)

“Just Beyond” is an upcoming Disney Plus original series and will be a live-action adaptation of the R.L. Stine graphic novel of the same name. This past week Disney releases the first official look at the upcoming series with a small batch of images. While there is no trailer and no official release date for the series, we can exclusively reveal, through our exclusive interview with Charlene Amoia, that the series will release in November.

Charlene Amoia is famously known for her role as Wendy the Waitress in the hit sitcom series “How I Met Your Mother”. Amoia has recently made the jump from small screen to the big screen featuring in films like “Birds of Prey” and “The Conjuring 3: The Devil Made Me Do It”. In addition to those feature films, Charlene Amoia recently appeared in Netflix’s “Fear Street Part 1: 1994”, a live-action adaptation of R.L. Stine’s horror novels.

During our interview with Amoia we asked the actress about the “Just Beyond” series, her involvement, how she landed the role and when can fans expect to see the series in which she responded, “Just Beyond is a new Disney Plus show for preteens so it’s not horror so much it’s lighter than that. But it is R.L. Stine and it’s brilliant and the production was so fun and my character was so interesting and cool.”

“I did the audition and I had to do a callback via Zoom with the director and the producers and we did it a variety of different ways. They had this idea, they wanted to have her hair really big, curly, and messy like Helena Bonham Carter’s. I play the principal in this school and these kids are really misbehaving and I’m trying to keep everything together. As she’s trying to get these kids in control her hair gets messier and messier through these conversations and I look like a mess and I’m losing my mind and I’m losing my mind, I think it’ll be out in November.”

R.L. Stine’s “Just Beyond” follows Josh, Jess, and Marco, three students from The Scare School are drawn into this terrifying mystery involving three 12-year-olds draped in old fashioned clothing who suddenly appear in modern time trying to escape a cyborg creature called Drogg before they are dragged back to somewhere Just Beyond. To Josh, Jess, and Marco school just doesn’t just feel like the worst place ever, it might just be the worst place imaginable not just in this world but any other.

“Just Beyond” will release this November on Disney Plus. Make sure to check out our exclusive interview with Charlene Amoia right here and all other major podcast streaming platforms.