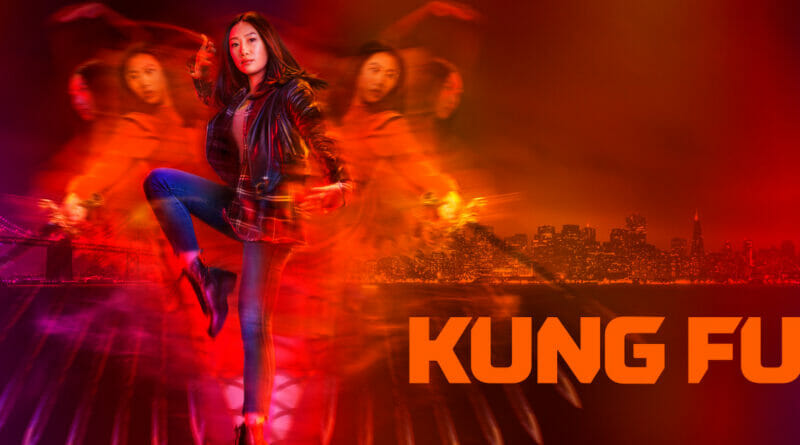 It’s not often that remakes of original pieces of work are welcomed or met with the highest of praise, reviews, and broadcast ratings but The CW’s latest original series ‘Kung Fu’ has managed to do just that. Kung Fu is a remake of Ed Speilman’s original television series of the same name. Originally released in 1972 with its run coming to an end in 1975, The CW has teamed up with Ed Speilman once again to adapt that original series in the modern-day with a mostly Asian cast with mainly female leads; and this series couldn’t have premiered at a better time given today’s racial issues with our Asian-American brothers and sisters.

Kung Fu tells the story of Nicky Shen (Olivia Liang), a young adult who dropped out of college, left her family, and spent the past three years of her life living in China training as Shaolin Warrior in a Shaolin Monastery under the tutelage of her Shifu (mentor) Pei-Ling Zhang (Vanessa Kai). One night the Monastery is raided and many of the Shaolin warriors meet their demise including Nicky Shen’s Shifu Pei-Ling Zhang who meets her demise at the hands of Zhilan, a mysterious woman with incredible fighting skills and deep criminal ties and it just so happens that Zhilan also has ties to Pei-Lang Zhang and the Shaolin Monastery.

It goes without saying that this first episode has its fair share of The CW family drama and tensions that all CW shows do which is expected but it didn’t overshadow the bigger picture or rather the greater task at hand that’s being set up for this first season.

After Pei-Ling Zhang is killed, and after a failed attempt to stop Zhilan, Nicky makes her way back home in order to make amends with her family after abruptly leaving and staying in China for those three years. While her dad and her older sister welcome her with open arms, her mother and her younger brother aren’t so welcoming. To make matters worst, the family is in huge debt and owes Tony Kang a huge amount of money.

Due to non-payment, Tony Kang has been sending his men who attack Nicky’s father nearly killing him, while also threatening to take over their restaurant as a way for them to repay their debt. Nicky and her siblings quickly learn and realize that Tony Kang has taken over San Francisco’s Chinatown.

As the stage is set for Nicky and her siblings to hunt down Tony Kang and protect their family, Nicky is also learning more about Zhilan and the mysterious sword that burned her hand and Zhilan escaped with. She learns all this through Henry the local Tai Chi instructor at her brother’s workplace. Thus simultaneously setting an even bigger stage for Nicky to stop Zhilan from attaining all eight mystical weapons. Learning all this, while also taking new steps in order to fix and rebuild her relationships with her family, Nicky decides that it’s best for her to stay in San Francisco and protect her family.

Overall, this first entry to ‘Kung Fu’ was strong and impactful. Cheesiness aside, the set design of this first episode was simply amazing and stunning to look at. We have great costume design and at least for me, near accurate representation of Chinese culture and San Francisco’s Chinatown. All of that complemented with strong female characters, a strong lead in Olivia Liang, and graceful fight sequences this series looks promising.

Kung Fu airs every Wednesday on The CW at 8 PM ET.