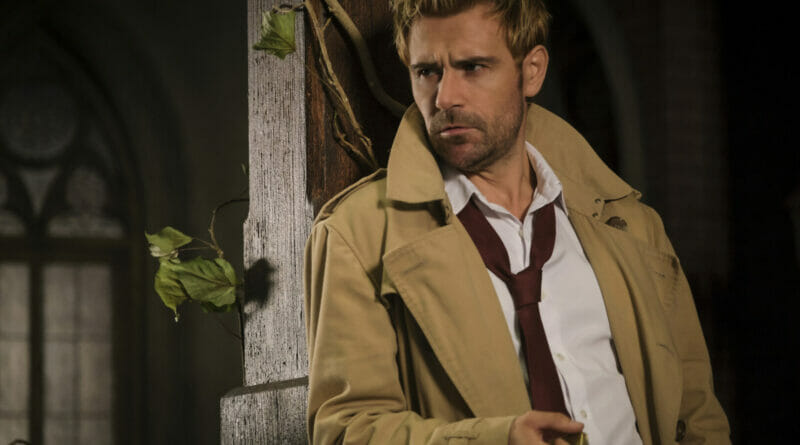 DC’s Legends of Tomorrow is showing zero signs of slowing down. With season six still zig-zagging through space and time as the cast takes a much-needed break from filming, they headed to a virtual Comic-Con@Home panel with cast members Nick Zano, Tala Ashe, Jes Macallan, Olivia Swann, Adam Tsekhman, Shayan Sobhian, Lisseth Chavez, and Matt Ryan; and executive producers/co-showrunners Keto Shimizu and Phil Klemmer to discuss the latest happenings with the remainder of DC’s Legends of Tomorrow Season 6 and what fans can expect with Legends Season 7.

Series star Caity Lotz introduced the panel with a sneak peek at a trailer that featured an exclusive look at the remainder of the show’s sixth season — think bowling, board games, aliens, weddings, magic mushrooms, and a whole lot of dark drama involving John Constantine. Speaking of John Constantine, Matt Ryan’s John Constantine will be exiting the show. However, Matt Ryan will remain on DC’s Legends of Tomorrow as an all-new character Dr. Gwyn Davies, an eccentric scientist from the early 20th century who might be the team’s only hope next season. Ryan will remain as a series regular with his new role as Dr. Gwyn Davies.

“As everyone who loves him knows, in the end, John Constantine will walk his path alone. The time has come for John to part ways with the Legends, and for me to part ways with John. I’m really excited to be creating this new role on the show and having some fun with it — discovering how this new character fits in and causes some trouble for the Legends.” said Ryan.

In addition to Matt Ryan’s return to Legends as a new character, series regular Amy Louise Pemberton who has voiced Gideon throughout Legends of Tomorrow and has made multiple in-person appearances as Gideon will now portray a flesh-and-blood version of Gideon in the real world in season seven.

Capping things off in this panel was the announcement of DC’s Legends of Tomorrow: The Mixtape (Songs from the Original Television Soundtrack). The mixtape will feature 21 tracks consisting of the show’s most memorable musical moments. The album will be released on August 20, 2021, and will be available on Spotify, iTunes, YouTube, Amazon, and other major music streaming platforms.