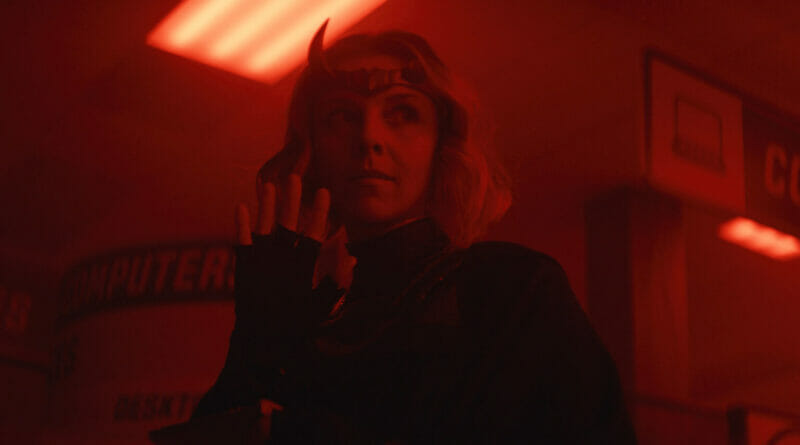 The second episode of Loki was nothing short of eventful and continues the strong start the show is having. The series has been gripping fans with a captivating story, very solid acting, and a world-class soundtrack to go along with it that perfectly fits the show. Episode two starts off with Loki and Mobius setting to find the murderous variant, who is also a Loki. Loki tries to deceive the TVA on his first mission pushing Mobius to not trust him even more. Now, this is no surprise coming from the god of mischief but the events it leads to are.

Loki wants to get closer to meeting the Time Keepers so he decides it’s time for him to start trying to catch the Loki variant and help the TVA. The show does a fantastic job of keeping the viewer on the edge of their seat when it comes to Loki and also with his relationship with Mobius. Although Mobius and Loki seem to have a good understanding of each other and work well together, both of them have their own goals in mind.

Loki is just as unpredictable as ever, which is why the character and the show are so fun to watch. Mobius, however, is not the most predictable character. In the TVA everything and everyone is very strict and there are many rules. Mobius seems to an exception to that, he is a wild card in their world. During the episode, it is stated that Loki reminds him of himself.

It will be very interesting to see where the show goes with Mobius as they are giving more and more information about the Time-Keepers, the TVA, and the people who were created there. By the end of the episode, Mobius explains that he believes the reason Loki will want to help them is that Loki has a need to show that he is superior to everyone and this would include his variant.

When introduced to the variant it can be seen that they are very powerful and seem to be a step ahead of Loki. It is then revealed that this variant is a female Loki also known as Lady Loki although that is not stated during the episode. This reveal does surprise Loki because all the other variants that have been shown to Loki were male variants. Loki fails to stop her from releasing reset charges onto many different places and times. Places the reset charges did land are New York, Tokyo, Niflheim, Knowhere, Vormir, Asgard, Sakaar, Ego, Titan, Kree, Xandar, and Jotunheim; and a long list of other places.

All these places should be familiar to Marvel fans and what this will mean for future episodes will be interesting to see. The TVA quickly notices multiple branches sprouting out of the sacred timeline causing them to panic. Lady Loki then disappears through a portal to a time and place unknown. Loki contemplates for a brief moment on if he should follow her or stay back.

Mobius and TVA Hunter B-15 scream for Loki to stop and stay put as they watch him go through the portal following the evil variant just before it closes. Although Mobius is surely disappointed that Loki escaped with the evil variant lady Loki, he was right that Loki could not stand a superior variant. Fans got to see a different side of Loki. He was very curious to know more about the variant and was bested in every way in their first meeting.

Although the show does end with heavy a cliffhanger it does answer a lot of questions in each episode making the viewer feel satisfied enough by the end of both episodes. There is not just a build-up of questions like Wandavision. It feels like finding any serious negatives in the show would be too nit-picky. Sure, the alternate timelines and variants do get a bit messy in terms of why is Loki in trouble with the TVA compared to other characters in the Marvel universe. But there are more answers to come from this show and viewers should be very excited for the next episode.