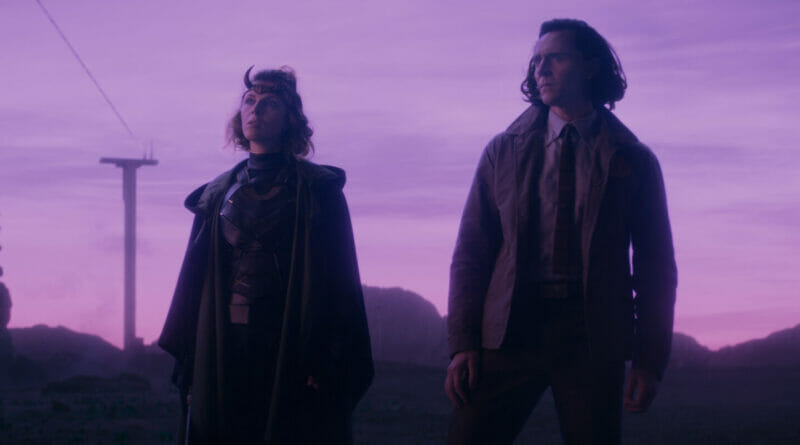 
“Independence, authority, and style” quote Loki from this week’s latest installment and needless to say it describes this episode perfectly.

Both episode 1 and 2 of Loki certainly had a strong start and being the shortest episode thus far Episode 3 had a bit to live up to and you were definitely able to feel the difference. I wouldn’t go as far as saying this was a filler episode because I feel this episode had some significant moments, but it lacked the overall scope of the story, which is okay.

We start this week’s episode with Sylvie demonstrating her unique enchantment ability on TVA agent Hunter C-20 to find out how many people are guarding the mysterious Time-Keepers. This does bring up the question, how does she know the Time-Keepers are even at the TVA and how does she know that they are guarded? I believe she hints at how later in the episode. It’s important to mention that Sylvie is also a name from the comics who at times took the alias Enchantress and has some close and interesting ties to Loki. I think it’s safe to say there is much more to be revealed with her character.

After several attempts to find out the answers from Hunter C -20, she eventually receives the answer she was looking for. We pick up where we left off with Sylvie infiltrating the TVA and Loki following soon after. We get to see more of Sylvie’s hand-to-hand combat skills as her powers do not work in the TVA and needless to say she can throw down! Sylvie’s plan to get to the timekeepers is short-lived with Loki using the TVA temp pack to teleport the both of them to one of the many apocalypses that are saved on the device.

We find the variants were transported to Lamentis 1 in the year 2077 which Sylvie claims is one of if not the worst apocalypse to be in with the planet crashing into a moon. This is a new location for the MCU and it appears to be a civilization similar to ours on earth but with less advanced technology in a sense. The planet seems to have been semi-destroyed already looking like a wasteland. The two come to sort of a truce when they realize they both need each other to survive but not without some clever bantering and exchange of powers.

Speaking of POWERS…..The two come up with a plan to get off the planet alive although it has never been done before, however, this history also never had two Loki’s. An important question is brought up and that’s “what makes a Loki Loki? It is clear that the name Loki is a trigger for Sylvie and Loki also questions her Lokiness.

The two cleverly use their powers to get on a train that’s heading to what’s supposed to be the ship that will save some of the planet’s people. Loki and Sylvie make it aboard and for a small moment, they have a deep and intimate conversation. This conversation consists of each other’s trust in one another, family, and love interests.

Similar to episode one we see how much Loki truly loves his mother when talking about her and we even see a glimpse of empathy and understanding from Sylvie. We then arrive at a pretty big reveal in which Sylvie brings up the fact that Loki is a Prince and asks if there are any would-be princesses or princesses. Loki replies “ a little bit of both”.

For comic book fans, this was not a huge reveal as Loki being bi-sexual had long been established. I should mention in the post-credits of episode one it was also revealed that Loki was genderfluid. Nevertheless, this is the MCU’s first openly bisexual character and its milestone for the franchise. Representation is extremely important and it’s great to see the MCU acknowledging that. The conversation was swift and quick and my hope is that they dive more into this and not just write this important detail just for the sake of it.

The episode wraps up with the two doing everything they can to get off the planet and we are left with another cliffhanger with Sylvie and Loki’s fate unknown. All in all, this is the weakest episode yet, however, it’s still a good and necessary episode that begins to develop the relationship between Sylvie and Loki. What kind of relationship is still yet to be foreseen.