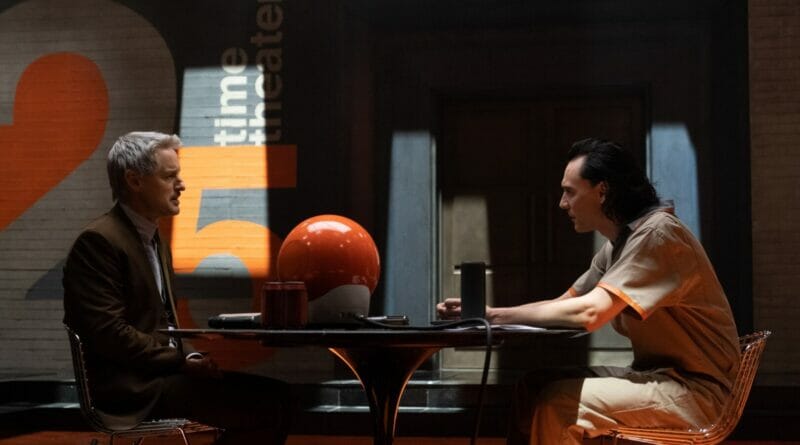 Loki: Why The Time Variance Authority Did Not Interfere With The Avengers In ‘Avengers: Endgame’

The first episode of the highly anticipated Loki series is now in the books, and as countless others rewatch and dissect each and every frame of this episode (as did we), there might’ve been a moment in which you might’ve been asking yourself the same question Loki asked while he was being judged for his timeline breach. Why come after Loki if The Avengers time traveled as well and low-key created alternate realities themselves?

Why Did The Time Variance Authority Not Go After The Avengers?

To put it simply, The Avengers knew that messing with time would have its consequences. Whether or not they knew what those consequences would be, they knew that time cannot be messed with because it messes back, as Tony Stark tells Steve Rogers prior to initiating the Time Heist. Their plan was to get in and get out and eventually return the Infinity Stones back to their respective locations in order to keep the main timeline intact, and they did just that. However, Loki escaping 2012 with the Tesseract was not part of that plan as the Time Variance Authority mentions, and that is why Loki is dealing with them and The Avengers aren’t.

This sequence of events happen outside the Sacred Timeline is we are going off the rules provided by Miss Minutes in this very first episode of Loki. So technically, while The Avengers returned they did cause some branched timelines even if it was unintentional. But as Tony says, if you mess with time it tends to mess back. The Time Variance Authority cannot go after 2014 Thanos or 2014 Nebula because they are both deceased.

Captain America traveling through time to put the stones back where they belonged, then jumping even further back in time to live a life with Peggy Carter, and then coming back to the year 2023 as Old Man Steve Rogers has also caused a branched timeline. Now whether or not the writers and directors of Avengers: Infinity War and Avengers: Endgame decide to agree on what’s actually canon or not is another story entirely. Loki’s question, however, is quite valid when looking at the bigger picture.

Do The Avengers Really Get Off That Easy?

As per this first episode of Loki, yes. But with Kang The Conqueror on the horizon and rumored to make an appearance in this series or at least a version of him, and his deep ties to the Time-Keepers, I don’t think The Avengers will get off scot-free. Kang just like the Time-Keepers does not like time being messed with, albeit for more selfish and personal reasons which solely rely on preserving his existence throughout time, he needs a reason to be an adversary to The Avengers and them being a lending hand in others breaking off the Sacred Timeline could be all the reason he needs.

Things will get that much more complex as the multiverse bursts wide open in Doctor Strange in the Multiverse of Madness. While WandaVision did not fully build a connective tissue for the upcoming film, Loki has wasted no time in doing so. As Miss Minutes mentioned another Nexus Event can cause another multiversal war. And while we take that as a sign that the MCU is building towards a Secret War storyline everything is all but confirmed. There’s still so much to learn about the Time Variance Authority and we will do so over the next five weeks as Loki continues to work alongside the TVA in order to hunt himself down.

Loki is streaming now exclusively on Disney Plus.