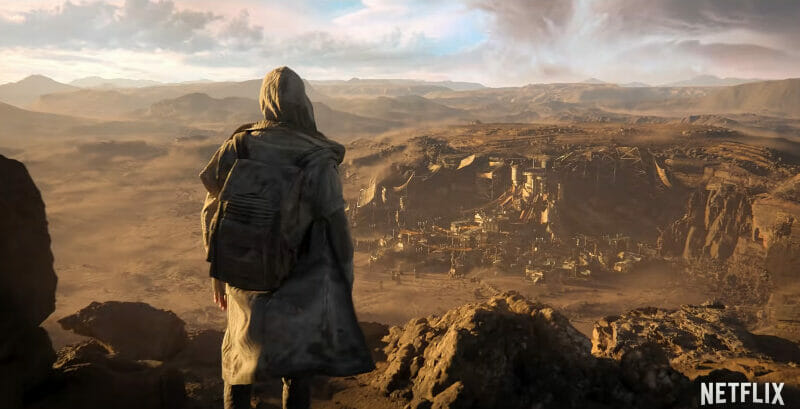 Love Death and Robots Volume 2 Review: Give Me More Now!


Love Death and Robots Vol. 2 comes up a bit short compared to its predecessor but still delivers another epic showcase or storytelling and art

Love Death and Robots Volume 2 has arrived. Coming off a super hot, Emmy-Award winning debut, Tim Miller, Netflix, and company is back once again to immerse us into their beautifully animated anthology series. Love, Death and Robots Vol. 2 boasts just eight episodes which is just about half the episode count of volume one, once again lives up to its title and delivers another adrenaline rush of love, death, and most certainly robots even if they’re out to kill you.

The beautiful thing about this anthology series is that each episode is immersive, with an intricately crafted story complimented with beautiful CGI-Animation, 3D animation, and 2D animation (wherever it needs it), coupled with great voice acting and a captivating soundtrack. Each episode leaves you wanting more of the world it has presented. And while I have a lot of praise for this second volume, my only gripe is that a lot of the stories weren’t as compelling as they should have been.

Now that might just be a personal problem and that’s totally fine. This also due to the fact that I re-binged the entire first volume of Love Death and Robots prior to diving into volume two. However, there are a few standout episodes or rather stories in this new installment. The main ones being ‘Pop Squad’, ‘Snow in the Desert’, and ‘The Drowned Giant’.

These three episodes consisted of the most compelling stories with ‘Pop Squad’ touching of the themes of immortality, how humans aren’t meant to live as long as we want to live, the essential mass genocide that was used to control overpopulation, and the act of killing any and all children who were illegally birthed. It’s a really dark story and really puts things like the aforementioned population control, genocide, and the grim ramifications, including the mental toll it takes on the individuals upholding this law.

When it comes to ‘Snow in the Desert’, not only is this story probably the best-animated episode of the entire volume, with ‘The Drowned Giant’ coming at a close second. The theme of loneliness and being able to find love in the oddest of places rings incredible true here. As our protagonist Snow falls in love with a synthetic human hybrid. While they both have their respective tragic stories and while the love between them seems to bloom out of nothingness, it somehow works and it felt real. And once again, the animation of this episode, in particular, is damn near perfect.

‘The Drowned Giant’ serves more as a character study on humans and human behavior when coming in contact with a legend come true. We all know those theories online about giants existing prior to humans (I won’t be going down that rabbit hole), and how we, humans are essentially a great value version of those God-like beings. While this episode doesn’t focus on love, or rather the love between a man and a woman or a man/woman and a robot, it sheds light on the protagonist’s love of science.

Now seeing a beached giant on the shore isn’t entirely dependant on science but rather myth. The science of studying such a massive being and how humans interacted and studied this giant corpse over time is where it’s all at. Now don’t get me wrong, the entire volume is enjoyable from start to finish but when compared to Love Death and Robots Vol. 1, the more memorable episodes lack in this second volume.

If you’re still hesitant about this new anthology series by Tim Miller, do not hesitate to jump into these stories as each and everyone one of these stories has something unique and captivating about them, even the silly episodes that are meant to just be a good time.

Love Death and Robots is streaming now on Netflix.