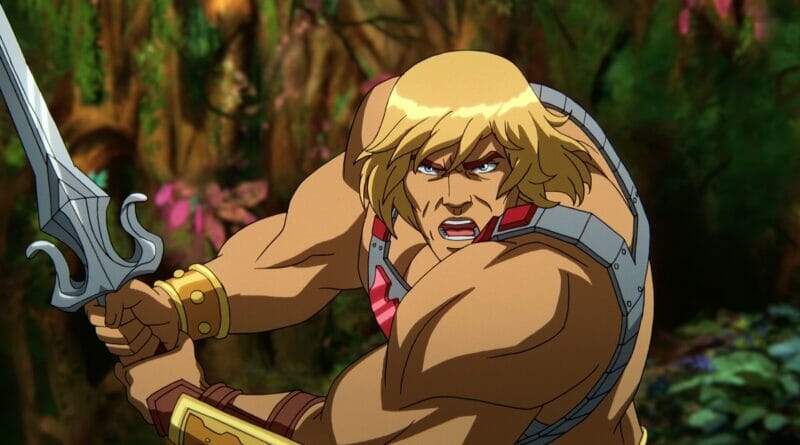 Masters of the Universe, Gunpowder Milkshake & More – Here’s Everything Coming to Netflix in July


Summer is upon us and Netflix is ready to bring the heat! Whether is Masters of the Universe or Resident Evil: Infinite Darkness or even the female-led action epic, Gunpowder Milkshake. Netflix has something for everyone. Here’s everything coming to Netflix in the month of July.

Before we get into the full list of July arrivals on Netflix, here are our selection of titles you should definitely check out when they release:

Masters of the Universe: Revelation

The war for Eternia culminates in “Masters of the Universe: Revelation,” an innovative and action-packed animated series that picks up where the iconic characters left off decades ago. After a cataclysmic battle between He-Man and Skeletor, Eternia is fractured and the Guardians of Grayskull are scattered. And after decades of secrets tore them apart, it’s up to Teela to reunite the broken band of heroes, and solve the mystery of the missing Sword of Power in a race against time to restore Eternia and prevent the end of the universe.

Wanna hear a killer story? In 1994, a group of teenagers discovers that the terrifying events that have haunted their town for generations ​may all be connected — and that they may be the next targets. Based on R.L. Stine’s best-selling horror series, the trilogy follows the nightmare through Shadyside’s sinister history. Watch the Fear Street Trilogy only on Netflix this July. Fear Street Part One: 1994 – July 2 Fear Street Part Two: 1978 – July 9 Fear Street Part Three: 1666 – July 16.

Sam (KAREN GILLAN) was only 12 years old when her mother Scarlet (LENA HEADEY), an elite assassin, was forced to abandon her. Sam was raised by The Firm, the ruthless crime syndicate her mother worked for. Now, 15 years later, Sam has followed in her mother’s footsteps and grown into a fierce hit-woman. She uses her “talents” to clean up The Firm’s most dangerous messes. She’s as efficient as she is loyal.

But when a high-risk job goes wrong, Sam must choose between serving The Firm and protecting the life of an innocent 8-year-old girl – Emily (CHLOE COLEMAN). With a target on her back, Sam has only one chance to survive: Reunite with her mother and her lethal associates, The Librarians (MICHELLE YEOH, ANGELA BASSETT and CARLA GUGINO). These three generations of women must now learn to trust each other, stand up to The Firm and their army of henchmen, and raise hell against those who could take everything from them.

Trollhunters: Rise of the Titans

Following the events of the Tales of Arcadia trilogy, the heroes of Arcadia must band together to protect humanity from the evil Arcane Order, who wield their dark and uncontrollable magic to summon ancient Titans that threaten to destroy the world.

Which title are you most looking forward to on Netflix this coming month? Let us know!