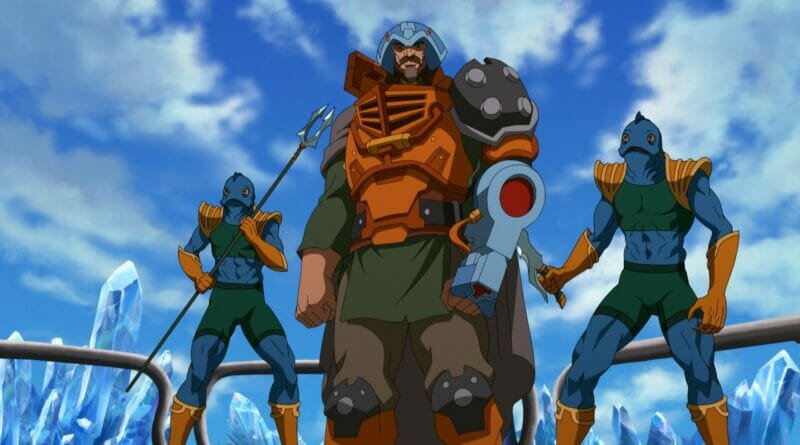 Masters of the Universe: Revelation Unleashes the Power in Its New Official Trailer, Announces Additional Voice Cast For The Series


By the power of Grayskull Masters of the Universe: Revelation unleashes an all-new action-packed trailer for the upcoming series from pop culture icon Kevin Smith (check out the trailer above). With the first part of the series set to release on July 23rd, Masters of the Universe announced new cast members Dennis Haysbert, Adam Gifford, and Jay Tavare as the voices behind King Grayskull, Vikor, and Wundar respectively.

Powerhouse Animation, the studio behind the hit anime series Castlevania and Blood of Zeus will be animating the series.

The End Is Only The Beginning. The Final Battle is here. Will the Guardians of Grayskull save Eternia and the Fate of the Entire Universe?

Masters of the Universe: Revelation Synopsis

The war for Eternia culminates in MASTERS OF THE UNIVERSE: REVELATION, an innovative and action-packed animated series that picks up where the iconic characters left off decades ago. After a cataclysmic battle between He-Man and Skeletor, Eternia is fractured and the Guardians of Grayskull are scattered. And after decades of secrets tore them apart, it’s up to Teela to reunite the broken band of heroes, and solve the mystery of the missing Sword of Power in a race against time to restore Eternia and prevent the end of the universe.