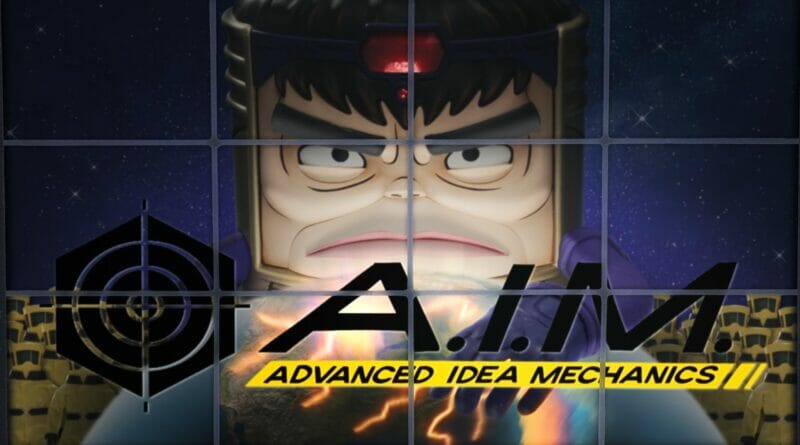 MODOK: All Easter Eggs and References You Might Have Missed


MODOK was stuffed with Marvel Comics Easter Eggs and references, if you didn’t catch them all do not fret, we have you covered

MODOK was a pleasure to watch from start to finish but you may have been distracted with all the puns, jokes, dark humor, romance, and killing done by MODOK. We’re going to list every possible easter egg and reference we found in all ten episodes of this new series and give you a little insight into what that references mean just in case you aren’t too familiar with the nods…don’t worry we had to look them up too so don’t feel alone here. Let’s dive in!

Episode 1 of MODOK is one of the many episodes that are overstuffed with nods and references to the Marvel Comics Universe. One huge standout from this episode, in particular, is the Pym Particles used by MODOK. Ring a bell? Of course, they do! The Pym Particles were created by none other than the original Ant-Man Hank Pym. Ant-Man and MODOK have a long history of being each other’s rivals in the Marvel Comics lore due to being part of The Avengers and A.I.M. being a huge part of the world’s evil doing with MODOK at the center of it.

As seen in the trailer, we see one of MODOK’s biggest adversaries from The Avengers team, Tony Stark aka Iron Man. Iron Man makes multiple appearances throughout this series and features that great arrogant Tony Stark banter on a more comedic level that flows all too well with MODOK’s presence.

The Super Adaptoid also makes an appearance in this series as MODOK’s family aid. A house aid if you will. Originally simply the Adaptoid, the Super-Adaptoid was created by Advanced Idea Mechanics (A.I.M.). It was built using Unstable Molecules and incorporated a portion of a Cosmic Cube into its design.

The Cosmic Cube is mentioned by MODOK as well when he breaks into SHIELD which is a nice nod to the origin of the Super Adaptoid and if you want to reach a little further, the MCU. As the MCU version of the Cosmic Cube is known as the Tesseract which housed the Space Stone. The former and the latter will most likely be seen in the upcoming Loki series premiering in a couple of weeks on Disney+.

Also making its appearance in this episode is Cerebro, the helmet famously used by Professor Charles Xavier of the X-Men. We also see Doctor Strange’s prescription pad, while MODOK makes mention of the Ultimate Nullifier, a weapon commonly associated with Galactus.

Episode 3 – Beware What From Portal Comes!

As MODOK sets to make a lasting impression on The Board. MODOK opens up a portal in order to bring an evil lifeform for him to kill so he can look like a hero and be liked by everyone who’s in cahoots with GRUMBL. As he is choosing which planet to choose from we see multiple beings from the Marvel Comics Universe like Super Skrull (could be any random Skrull but we’re gonna go with Super Skrull), Uatu/The Watcher, and The Brood. MODOK fails to bring over The Brood but instead finds himself dealing with the Seagramites as they killed the Broods by partying too hard.

Additionally during a live tv appearance for her book tour. Jodie is talking with Master Pandemonium. This would’ve been a great way to keep the WandaVision Mephisto joke going but due to comic book fact we just had to stick with what is and not what wasn’t.

Episode 4 – If Saturday Be…For The Boys!

Episode 4 of MODOK probably has the most comic book character cameos, appearances, and references. IT IS STUFFED!!! Thankfully, a bit of research on lesser-known comic book characters from the Marvel lore helped a lot and honestly made this rewatch of this season that much more enjoyable. I think I found a new hobby…hmmm…

In a blink and you’ll miss it moment you’ll see Wolverine’s claws and The Thing’s respective hands make an appearance on the tv as the beer commercial is playing. Logan and Ben Grimm are toasting and promoting beer together, you love to see it. We also get an appearance from Kang the Conqueror who will be making his live-action debut in Ant-Man and The Wasp Quantumania. Another version of Kang the Conqueror might be making an appearance in the Loki series as well. However, that has to be confirmed as the series has yet to premiere.

MODOK also has a small exchange with famous Hulk villain The Leader, X-Men villain Mister Sinister, and Madame Masque (Madame Masque will be making her live-action debut in the upcoming Hawkeye series). During this conversation, the name Ponderosa is mentioned and could be a reference to Marvel Comics character Patrick O’Hara otherwise known as Ponderosa.

In a quest to steal Captain America’s shield from Avengers Tower MODOK puts together a ragtag team of low-level street villains consisting of Marian Pouncy aka Poundcakes, The Orb, Alvin Healey aka Ten Pin, Antonio Rodrigues aka Armadillo, David Angar aka Angar the Screamer, David Cannon aka Whirlwind, and Bruno Horgan aka Melter.

Making their way to a pawn shop in which Armadillo is looking to retrieve an engagement ring his former wife pawned due to their breakup we get a glimpse of Nightcrawler’s torso, Ant-Man’s helmet, Magik’s Soulsword, and afterward, we get an explicit appearance at Jerome Beechman aka Mandrill who is…you know…living up to his name, to say the least. To cap off this easter egg-filled episode is the appearance of Carmilla Black aka Scorpion, daughter of Monica Rappaccini.

For fans of Pokemon like myself, episode five of MODOK has an epic fight sequence with Monica which is also filled with references and nods to other things in pop culture like the aforementioned Pokemon. With makeshift Pokeballs both MODOK and Monica yell out the iconic ‘I Choose You’ line that is used during a Pokemon battle.

Capping off episode five is the reveal that Austin and the board he is working for under the guise of GRUMBL is actually Hexus The Living Corporation. Hexus’ way of taking over is by disguising itself as a corporational infrastructure in whatever world it wants to take over and using whatever technology is available to enslave and conquer.

Episode six finds MODOK in Asgard where we get a Thor name drop and an appearance by his half-brother Balder The Brave. A nod to Dorothy Dale from The Wizard of Oz was a nice touch as we see her famous red shoes. Appearances from Valkyrie, Toothgnasher, Toothgrinder, Frost Giants, Ratatoskr, and other Asgardian creatures are the clear standouts from this episode specifically. Fans of Norse mythology which is what the character of Thor and his homeworld Asgard is based on were definitely in for a treat with this episode in particular.

While he didn’t make an appearance in Guardians of the Galaxy or WandaVision, Simon Williams aka Wonder Man makes an appearance in this series and is used in the most perfect way possible. Used as a publicity stunt or how the kids call it now in days ‘clout chasing’. Jodie uses Wonder Man’s fame and temporarily dates him to not only get MODOK jealous but to use his fame to give her book more traction. Let’s just say that wasn’t the only thing gooping in this episode.

We also get an Ultron name drop and see Wonder Man sporting Wakandan tattoos…I wonder how Black Panther feels about that one. Jodie also sports a Carmen Sandiego look for her book event and we meet Marvel’s Joker in the form of Arcade and his funhouse known as Murderworld.

In the finale, we get a nice batch of namedrops that include The Wasp (no specific Wasp was named), She-Hulk, She-Thing, and Storm from Whirlwind. As young MODOK tries to help current MODOK realize the future he’s wanted to see and fulfill his destiny. We see MODOK visit various timelines, just like in Avengers: Endgame, MODOK is killed by The Avengers over and over again with the exception of one timeline in which he kills them and becomes Emperor MODOK thus fulfilling his destiny (Thanos would be proud…or would he?).

As we see Emperor MODOK contemplate bringing his family to this current timeline in which he rules, we get a super meta-reference to Game of Thrones in the form of MODOK’s throne which is made from Iron Man’s suit of armor, thus the name the Iron Throne. MODOK has also collected all the weapons belonging to each Avenger that wields one, Ultron’s head, Ant-Man’s helmet, and the Infinity Gauntlet (see Thanos wouldn’t be so proud after all).

These are all the Marvel Comics Easter Eggs and references we were able to find after watching MODOK. Did we miss any? Let us know over on Twitter or on Instagram.