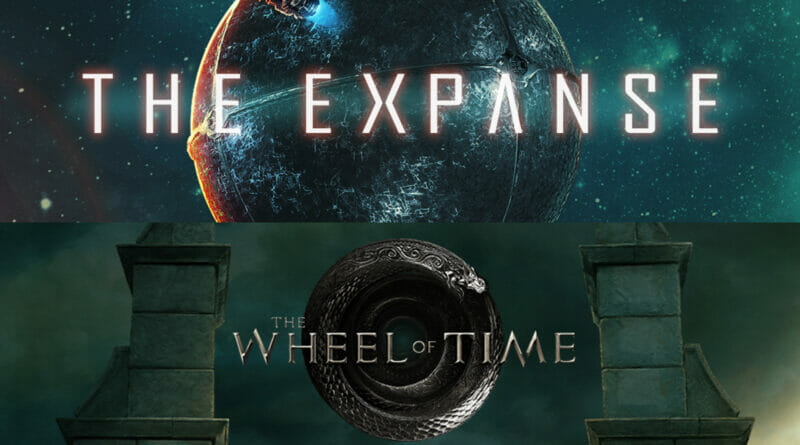 
Amazon Prime Video will delight attendees with virtual panels from the new series ‘The Legend of Vox Machina’, ‘The Wheel of Time’, and ‘I Know What You Did Last Summer’, plus returning fan-favorites ‘The Expanse’, and ‘Hanna’ all at New York Comic-Con

Amazon Prime Video announces virtual panels for New York Comic Con’s Metaverse for fan-favorite series and highly anticipated new titles ‘The Legend of Vox Machina’, ‘The Expanse’, ‘The Wheel of Time’, ‘I Know What You Did Last Summer’, and ‘Hanna’. Highlighted by breaking news, exclusives, special previews, and answers to all your burning questions, the panels will feature more than 30 Amazon Original series cast members and creators and will livestream on NYCC’s official website, FindTheMetaverse.com, and on-site for in-person attendees.

The Legend of Vox Machina is an animated fantasy-adventure series for adults that follows Vox Machina, a band of misfits with a fondness for boozing and brawling. In a desperate attempt to pay off their mounting bar tab, these unlikely heroes end up on a quest to save the realm of Exandria from dark magical forces. From a sinister necromancer to a powerful curse, the group confronts a variety of obstacles that not only test their skills but also the strength of their bond. Join the entire cast of Critical Role as they discuss the process of adapting a role-playing game (RPG) campaign into a series for Amazon Prime Video, and share a special sneak peek of footage from the series.

The cast and creators come together to give fans a first look at the highly anticipated sixth-and-final season of “The Expanse” on Amazon Prime Video. Set in a colonized solar system, The Expanse begins with the governments of Earth, Mars, and the Asteroid Belt locked in long-standing conflict. The crew of the Rocinante—an illegally salvaged warship—stumbles on a vast conspiracy and a mysterious alien technology that threatens to upend the balance of power and the fate of humanity. The Expanse is a high-action, realistic sci-fi adventure that broadens the vision of humanity’s path in the future, as well as a deeply felt examination of the most critical, raw, and pressing issues of today. Seasons 1-5 are currently available to stream on Prime Video.

Based on Robert Jordan’s best-selling fantasy series of the same name, “The Wheel of Time” is set in a sprawling, epic world where magic exists and only certain women are allowed to access it. The story follows Moiraine (Rosamund Pike), a member
of the incredibly powerful all-female organization called the Aes Sedai, as she arrives in the small town of Two Rivers. There, she embarks on a dangerous, world-spanning journey with five young men and women, one of whom is prophesied to be the Dragon
Reborn, who will either save or destroy humanity. Join the series’ cast and showrunner as they discuss bringing this stunning world to life and what fans can look forward to when the series premieres Friday, November 19, exclusively on Amazon Prime Video.

Written and executive produced by Sara Goodman, “I Know What You Did Last Summer” is based on Lois Duncan’s 1973 novel, which was also the basis of the iconic 1997 film. One year after the fatal car accident that haunted their graduation night, a group of teenagers finds themselves bound together by a dark secret and stalked by a brutal killer. As they try to piece together who’s after them, they reveal the dark side of their seemingly perfect town—and themselves. Everyone is hiding something, and uncovering the wrong secret could be deadly. Join the series’ cast and creator as they discuss what fans can most look forward to when the series premieres Friday, October 15, exclusively on Amazon Prime Video.

“Hanna” follows the journey of an extraordinary young woman as she strives to destroy Utrax, the sinister organization that genetically engineered her and others to be the perfect assassins. In the upcoming third season, Hanna attempts to destroy Utrax
with the help of troubled ex-CIA agent Marissa Wiegler. The story crisscrosses Europe and builds to a dramatic climax when Hanna and Marissa discover the true, horrifying scope of the operation, and who was ultimately behind it all. Join the cast and creators as they preview Season 3, coming to Amazon Prime Video this fall.